Starting a new adventure is always fun but this time I’m doing something I’ve never done, fly. That’s right I’ve never been on an airplane.
Mary Ann and I are planning a big trip, well I’m wishing and she’s just saying yes because she’s tired of hearing about it, but anyway it will require a lot of air time. Somewhere in the process of researching the trip I realized I’ve never flown. How am I gonna get on a plane for 20 hours when I’ve never even seen the inside of one, so I decided to take a little trip on a plane up to my buddies in Ohio and do a little hunting and then meet Mary Ann in Michigan at her parents and drive back. That way if for some reason I’m a flake and can’t handle the flight I won’t have to get back on the plane again. I also made sure there was a lay over even though the flight was only 3 hours because if I didn’t like it I would’ve gotten a car and driven the rest of the way.
I had no issues checking bags even with my bow and except for my ID having a picture of me with a shaved head and face and not looking anything like me now I had no trouble. I likely haven’t shaved since that photo was taken which caused a little delay but the entire experience was great. In fact if I could’ve gotten ol captain to do a couple loopty loops and maybe a barrel roll I don’t think I would ever go to Six Flags again.
Being my first flight Im sure I looked like a Japanese tourist on the tour of Hollywood homes, I was taking pics like crazy of everything. I could read the other passengers minds thinking that a homeless guy won a free ticket somewhere. In fact several folks were eyeing me and I think started wondering what my deal was, then I realized I was the guy they picked out that might be the crazy one to snap.
We all do it, you get in a situation and you judge people a little. Hey I did it, I scanned the rows thinking if one of these people believes that he would be better off if he died for a cause who would it be. Everybody on the plane picked me I think except me, well beautiful people of Southwest flight 2437 if I’m the most dangerous thing in the sky then we are all gonna be alright because unless you have a nice set of antlers or some really tasty fillets on your side I have no interest in harming you.
I had a layover in Chicago which I liked and I sat by a really nice old lady who shared her gum with me, I’m not sure if it was just a friendly gesture or my breath stank but she was really nice and we talked about London and airplanes and flights around the world. Her husband is a writer and was researching for a new book. It made the experience nice and before I knew it we were in Cleveland and gathering luggage. 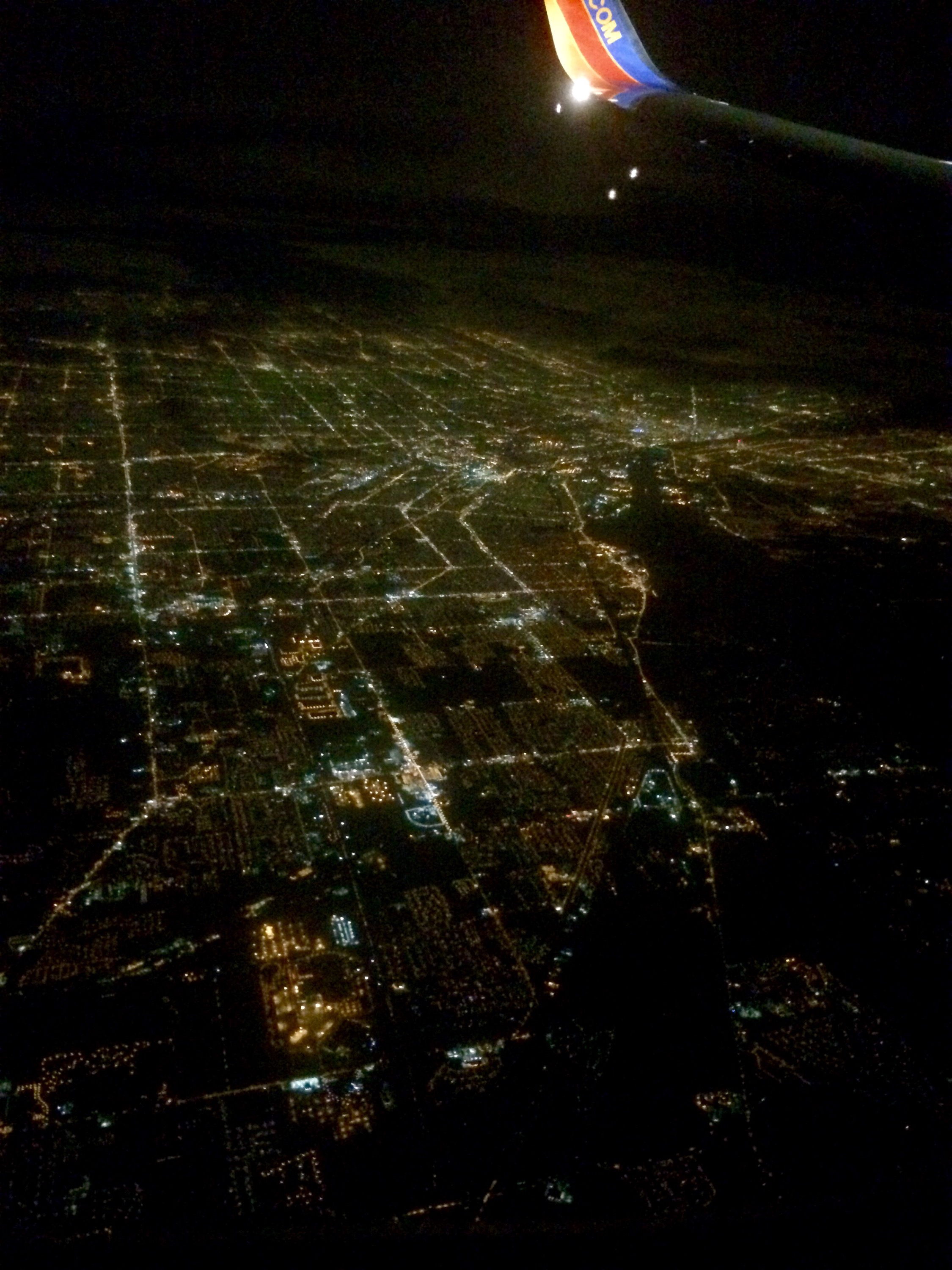 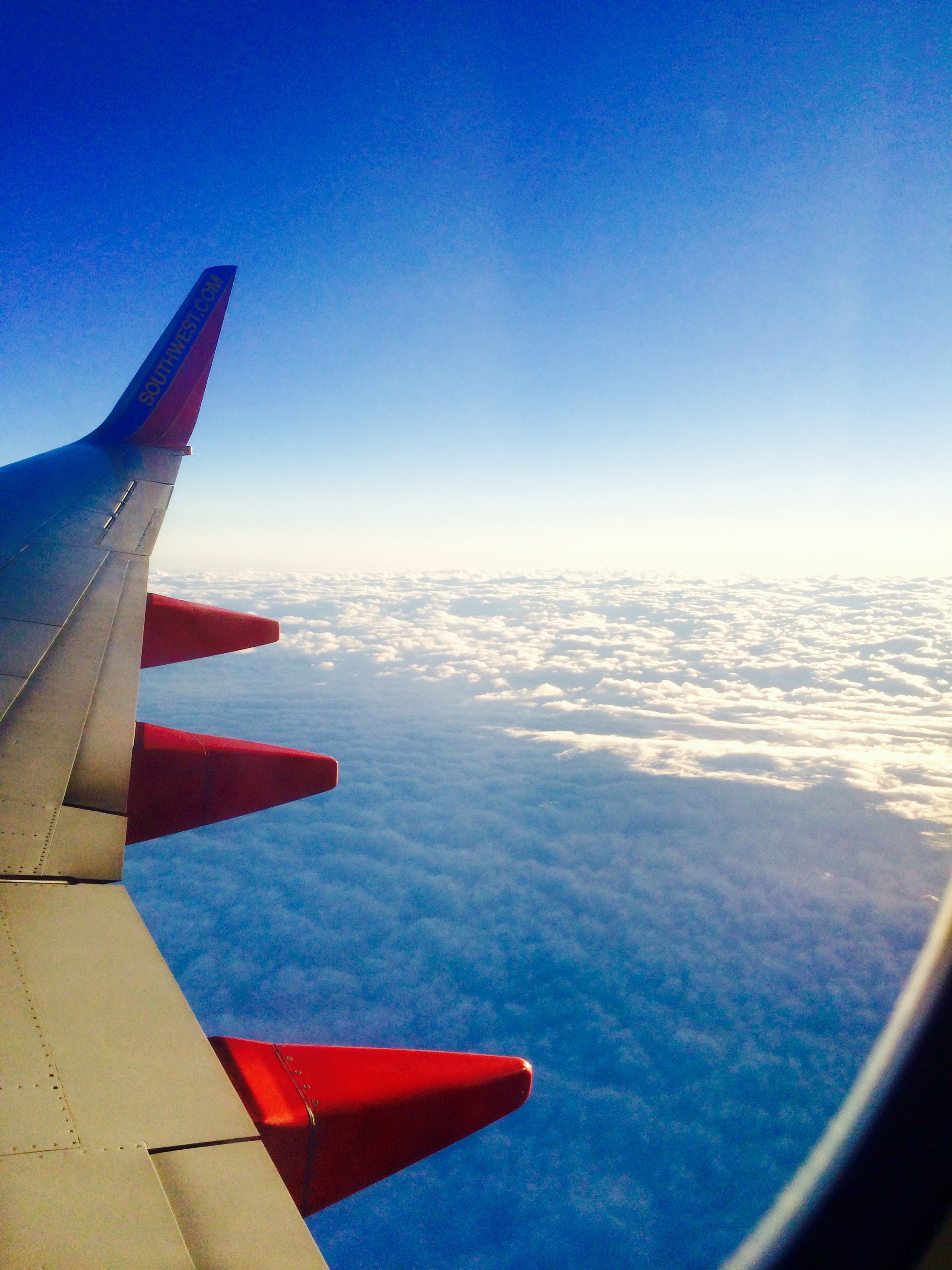 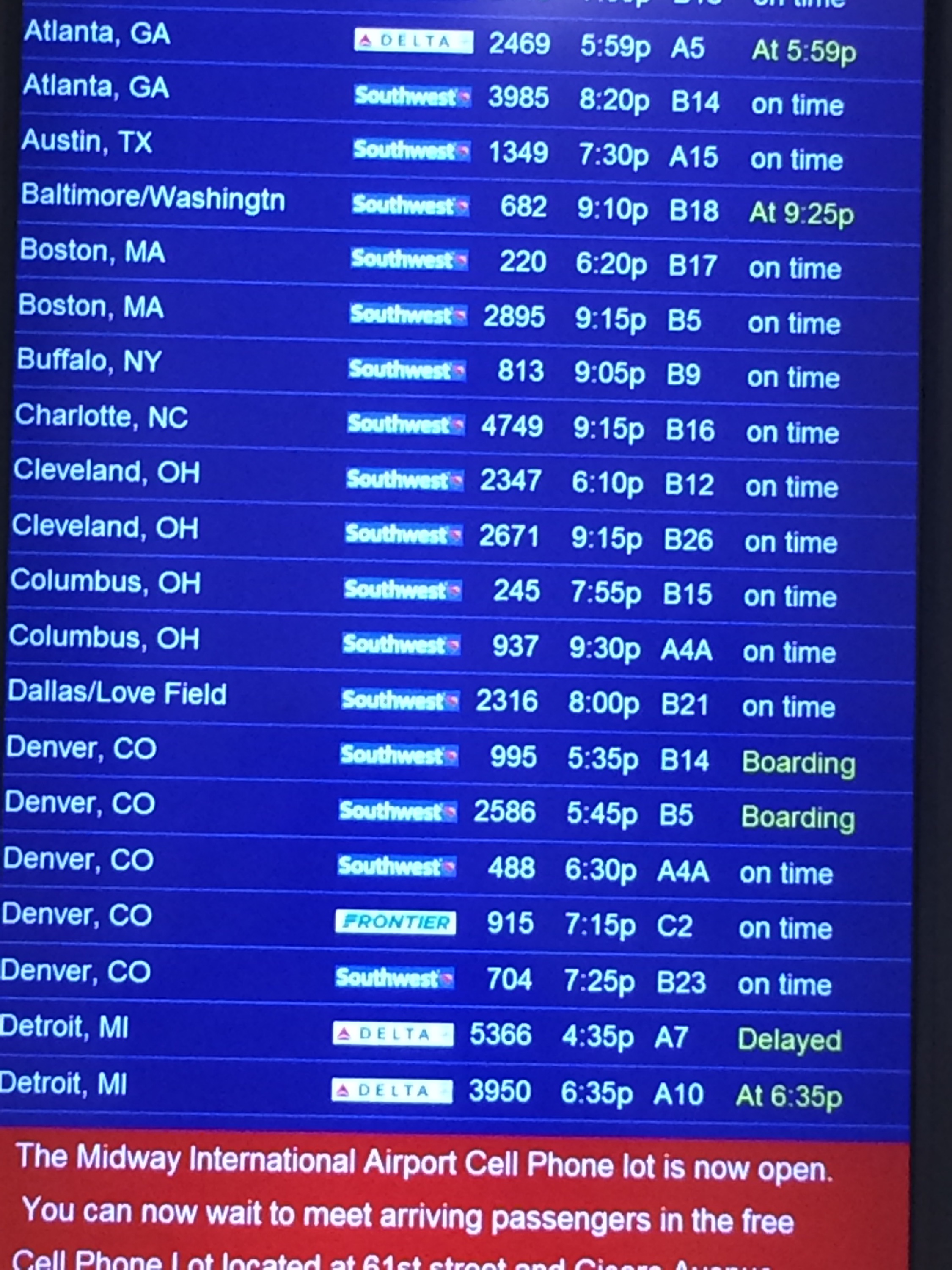 After an hour truck ride we were at my man Larry’s house. Now to tell the story of how me and Larry came to be hunting friends would require some research much like finding your great great uncle on ancestory.com or something so let’s just say we both love to hunt and when he comes to Texas we find him critters to shoot and we go to Ohio he does the same. Folks that are truly hunting families like Larry’s are always good people. I can’t thank them enough for having me and his lovely wife for feeding me, it was a great time.
The next morning we were up and loaded for the first hunt. Larry’s son Butch would sit with me in a box blind down the road from the house on a very small but very productive little spot near some land that didn’t allow hunting. The morning passed with nothing seen but a squirrel and I missed it. The views from this stand are not exactly what I’m used to but that’s the way they do it around here and I know Larry kills a lot of deer so who am I to second guess it. 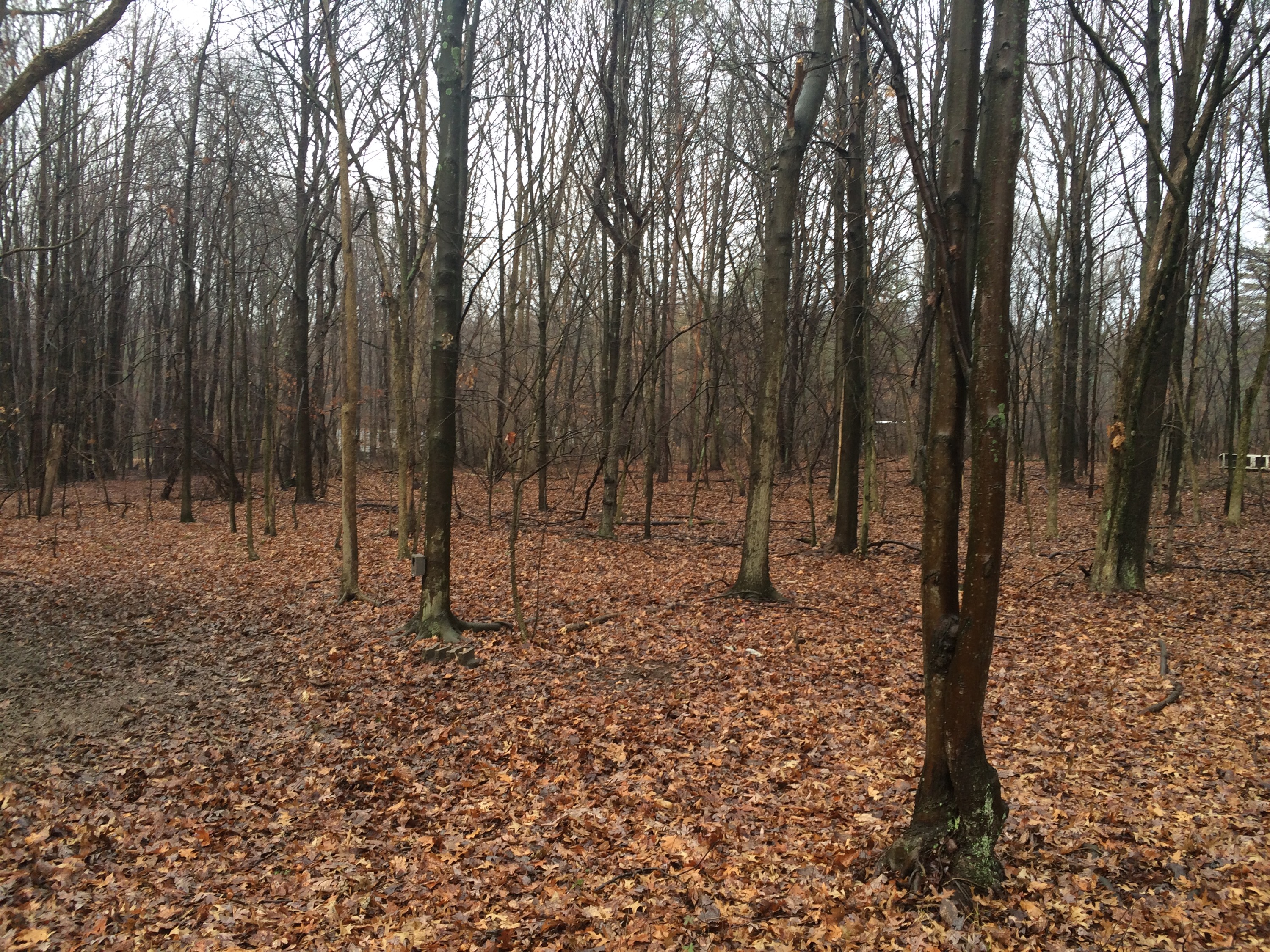 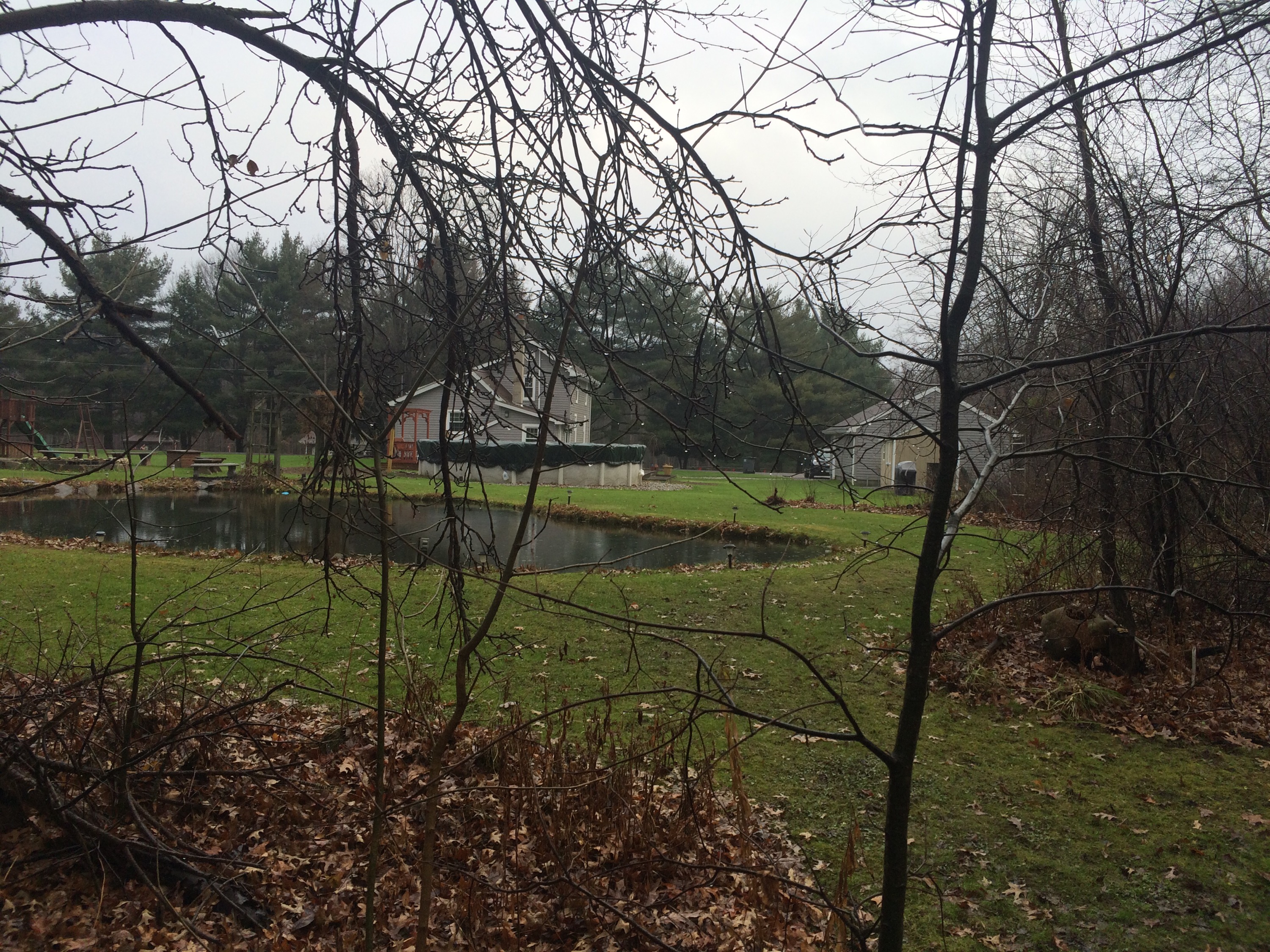 These are the views out the front and the back of the stand. Cool huh, it’s urban deer hunting, I liked it.

I had breakfast at two different cafes in Ohio and both were good but not the kind of food Im used to in a cafe. I want home cooked food that is “yours” something that is unique to your cafe. This food was good but processed and anybody could have bought it and cooked it from a box but it filled me up and warmed me up. 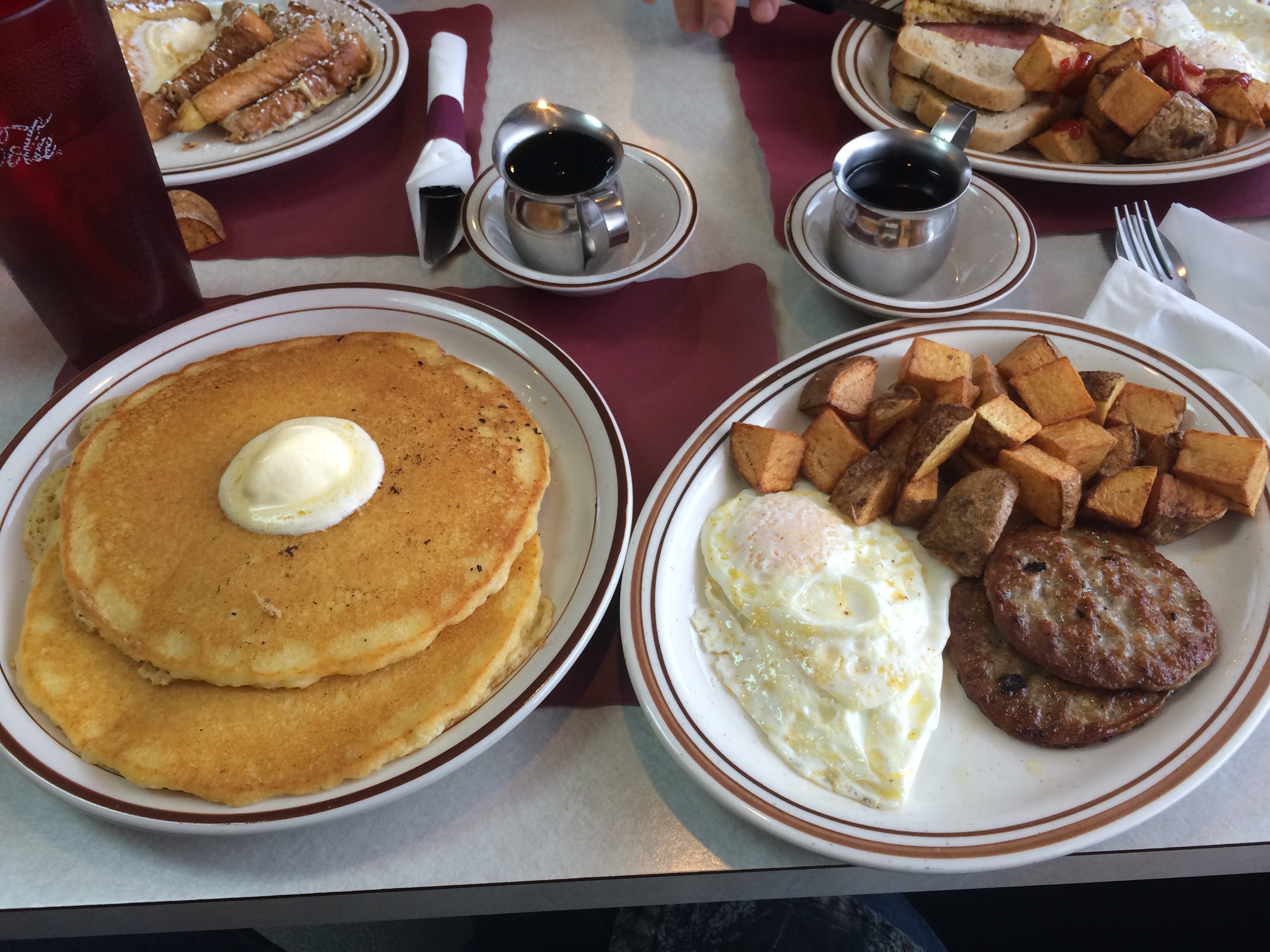 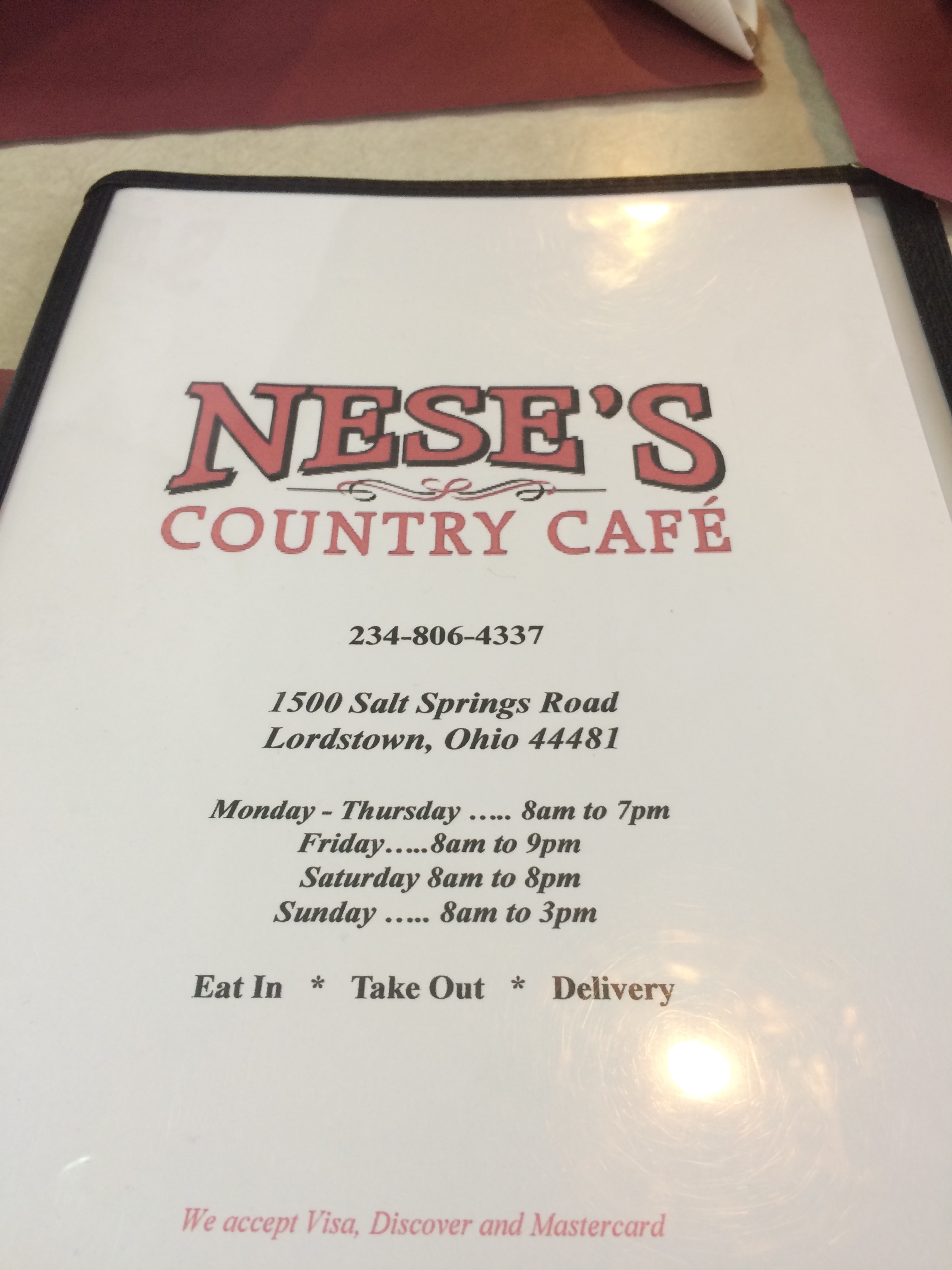 The afternoon hunt was in a blind behind the house just off a major highway which was another new thing for me. My instructions were to time my draw of my bow with the passing semis so that the deer couldn’t hear it, good plan, but I felt like I was sitting in traffic. I learned a long time ago to do as the locals do. If you wanna hunt the way you do at home then stay home, this was proven again last year in Montana when we were pushing deer out of brush to get shots at them in the open hills. Pushing deer out of brush is everything I grew up not doing but again that’s the way they do it and maybe I can use some of these tactics learned elsewhere back home.
It rained for most of this set and I was about ready to call it a night when I heard deer running. It was a couple of adult doe and two this year fawns and the doe were pushing the little guys around so I figured I better protect them from these bullies and when the biggest doe turned broadside at 22 yards the arrow was already on the way.
I didn’t see the impact but I seen the flight path and from the sound of the arrow hitting her she wouldn’t last long.
I walked back home and got some help and flashlights and we quickly realized it would be a body search and not a blood trail as all the blood had washed away from the still falling rain. It didn’t take long to find her and the shot was perfect. First day in Ohio and I was one for one and had taken the biggest doe I had ever seen. I’m sure the Ohioans weren’t that impressed but Texas deer aren’t usually 175 pounds so I was happy. These deer were so big even I could hit them good. 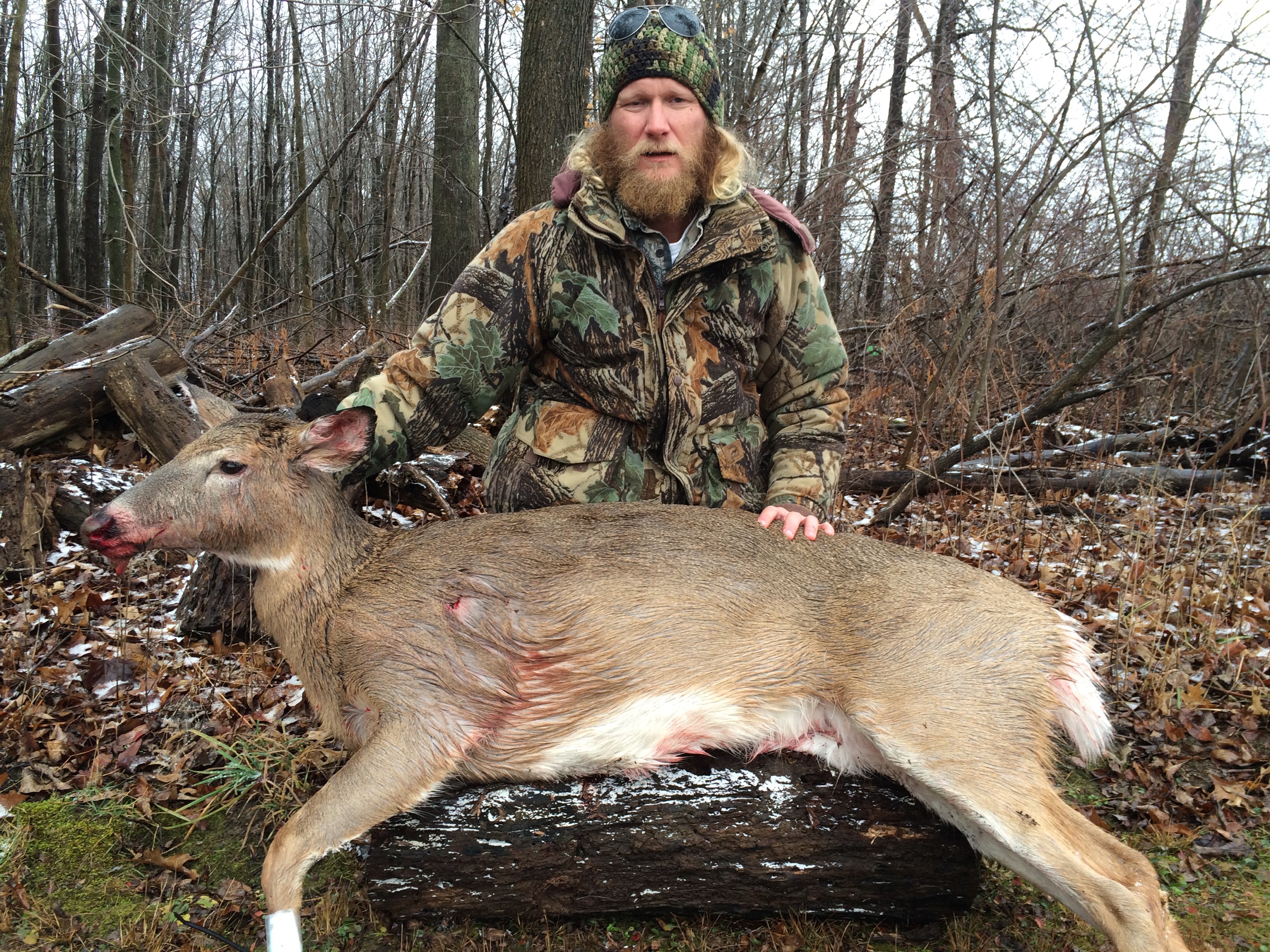 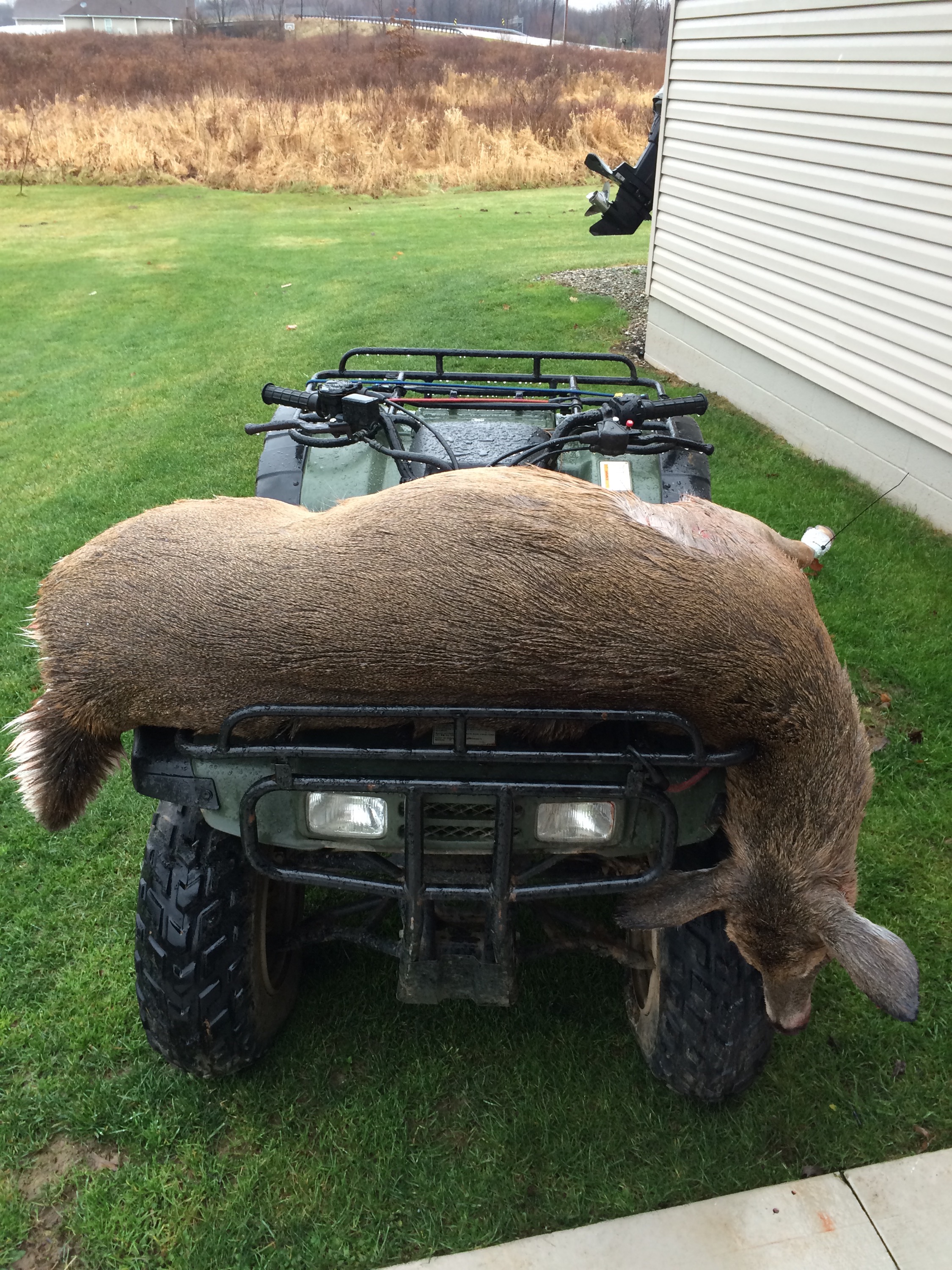 Day two morning started just like the day before no deer and rain. Again we went to the cafe and again it was ok but I love coffee when I’m done hunting and there was plenty of that, although the biscuits and gravy here were pretty good. 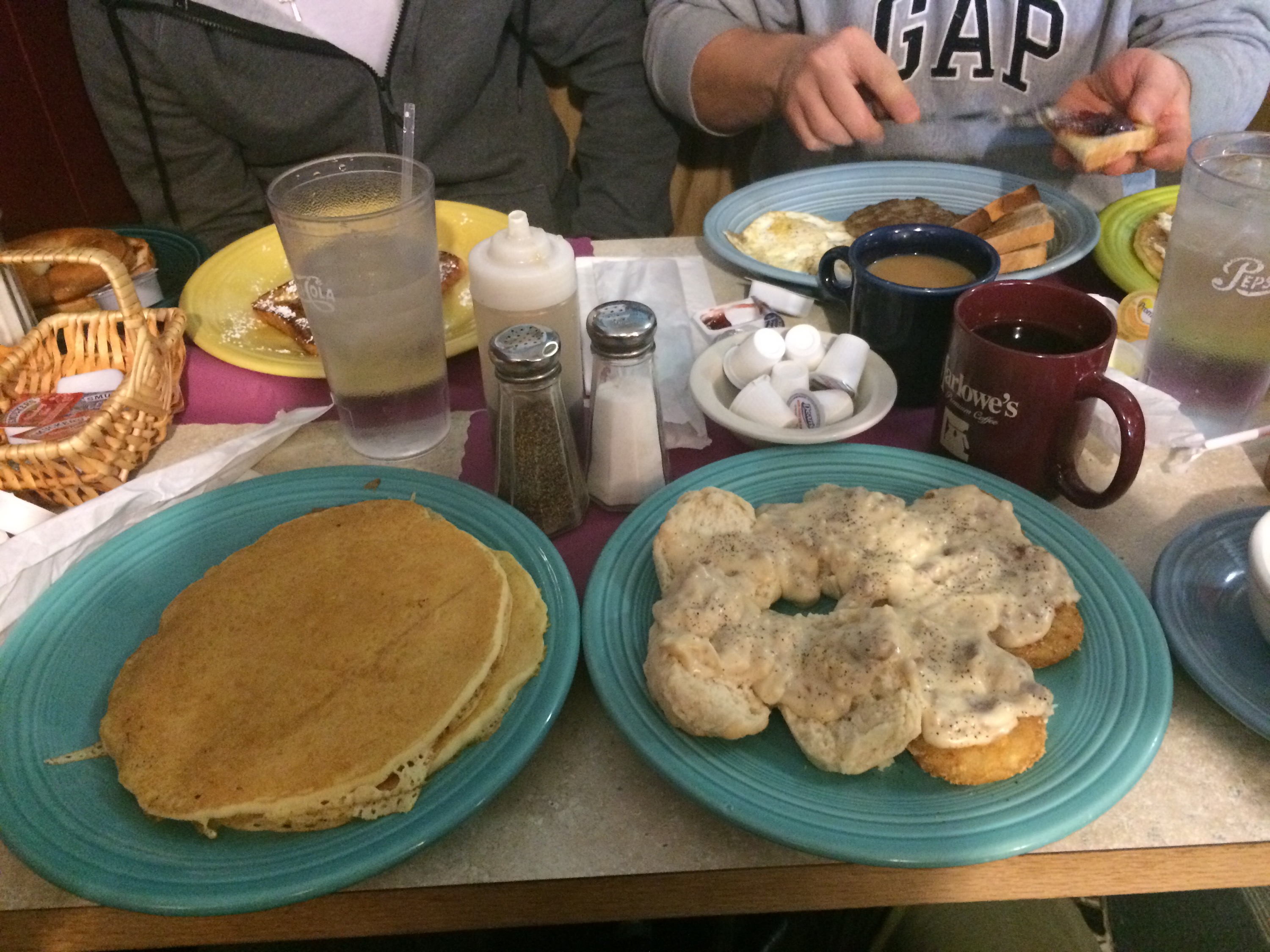 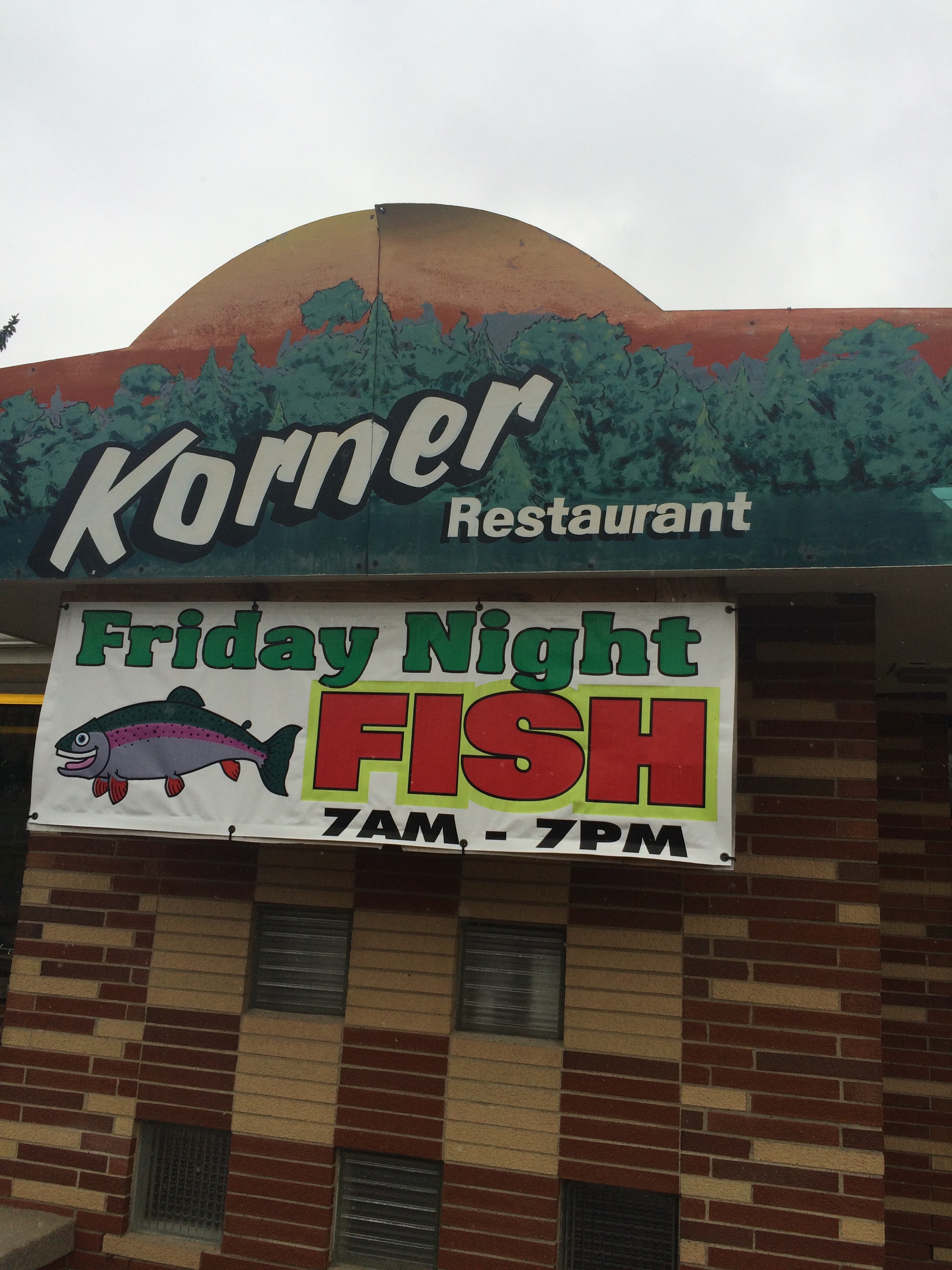 We hung around the house until time for the evening hunt and the wind was right for the box blind I hunted the day before so me and Larry decided to both sit there.
Larry had a buck coming in pretty steady and felt confident he would be back this evening and he was right but as usual for me he didn’t do what he usually does.
Larry spotted him long before I did as I was tucked back in the corner getting ready to draw and the deer turned around. I figured that was it but just as Larry said he’s walking away he turned back around so I got ready again. He skirted the path he normally took and walked to our right passed the blind. Again I assumed that was it but we sit semi patiently waiting. I really wanted this deer to come in and try for two deer in two days. Larry said I see the deers tail and he’s turning back. This time I made up my mind I was gonna shoot him if he gave me any chance at all. He stood out at 25 yards big eyeing our set up and didn’t like what he seen. I drew as he turned to walk away and settled the pin as I stopped him and seen the arrow burry to the fletchings in the middle of the shoulder. Larry just grinned and said, he’s done you smacked him.
We took our equipment back to the truck and gave him a few minutes and took up the trail. He traveled farther than I thought he would but still not too far and I was two for two in two days, Ohio and its people are treating me well.
We took some pictures and gutted him out and I was thankful the trip was going so well, I’m a lucky guy. 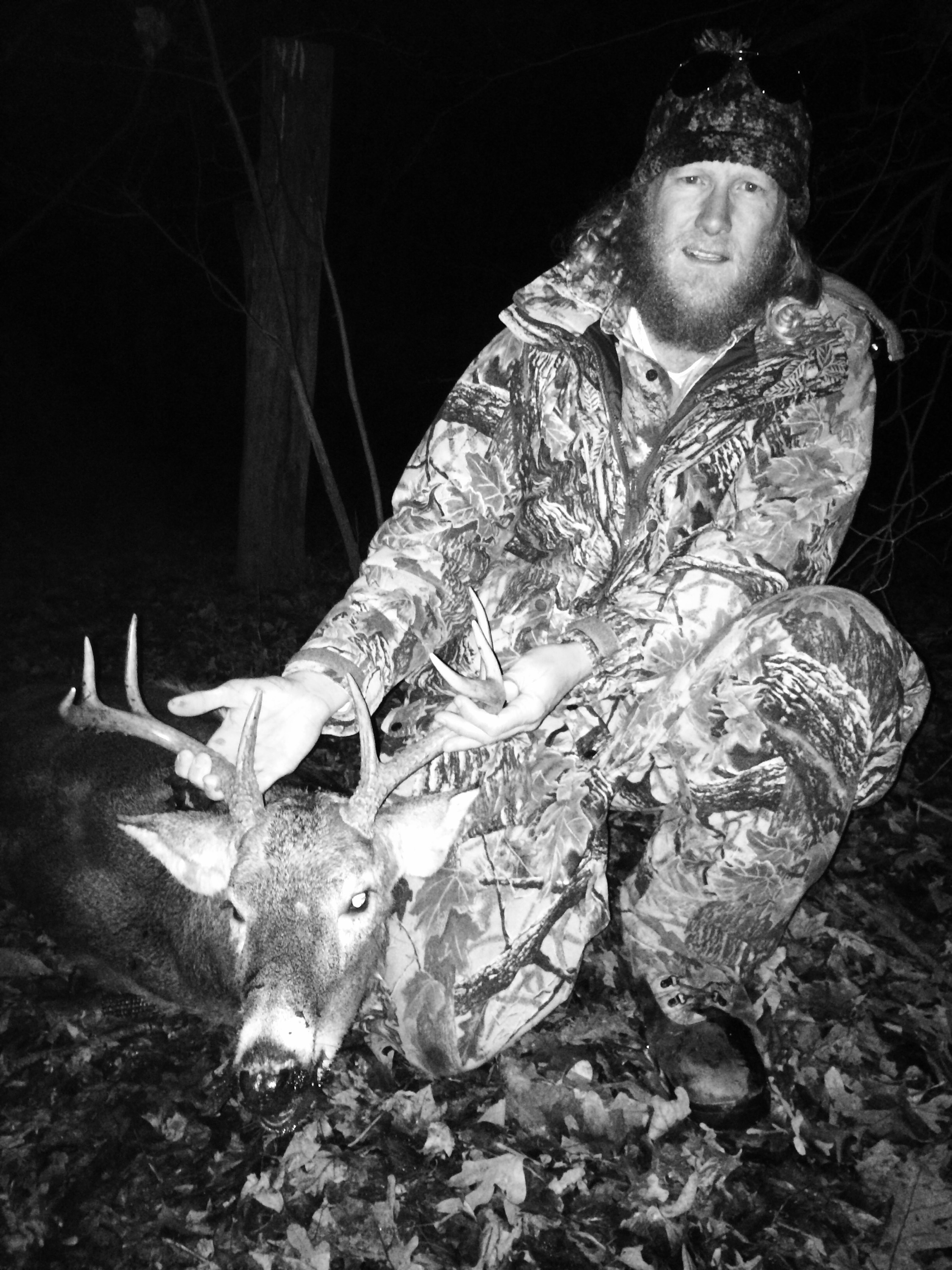 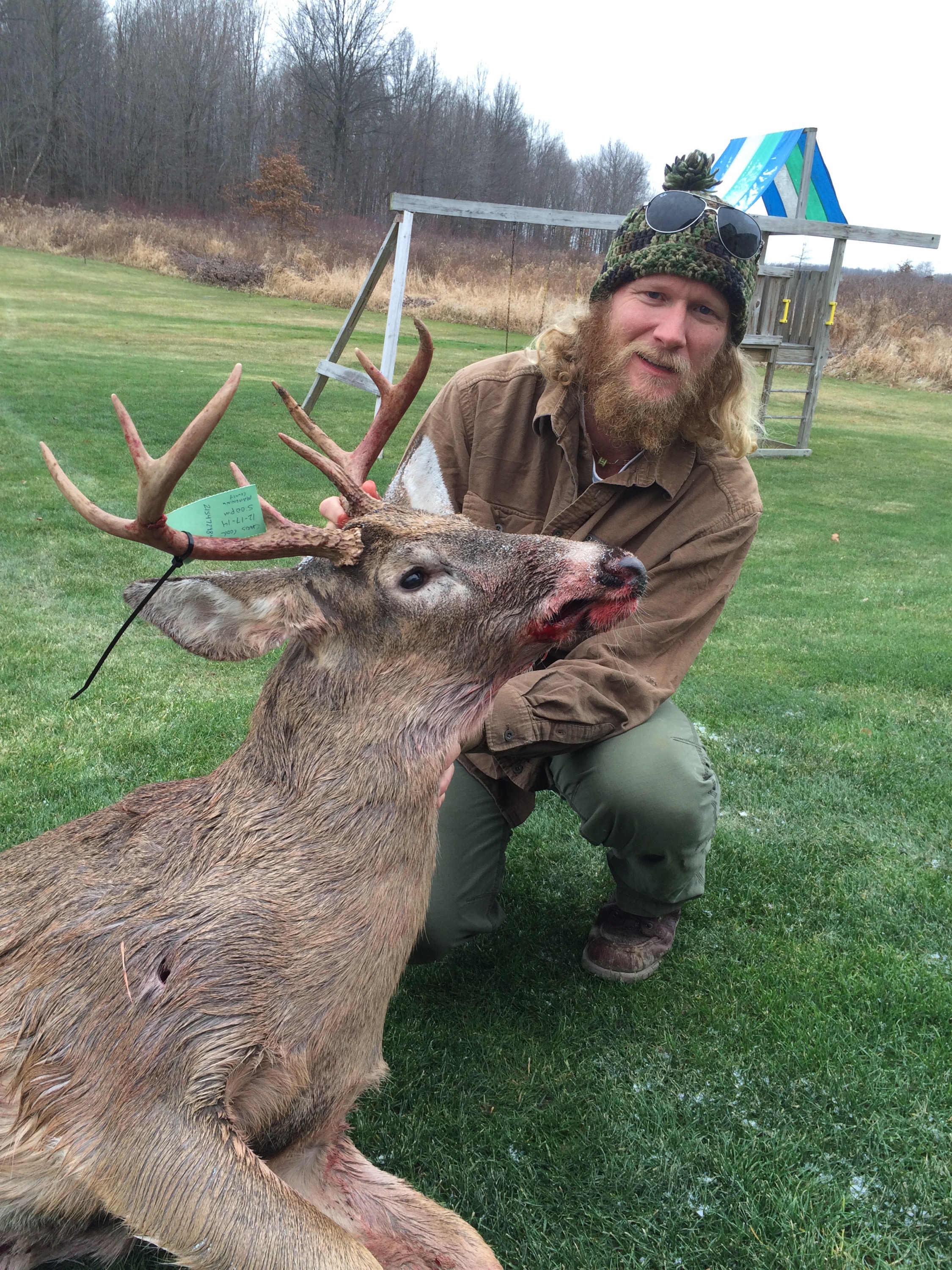 I could have bought another tag but I had two deer and didn’t want to press my luck too much. Larry had a couple places that he had called up a few coyotes so we would try that.
This stuff was thicker than anything I had hunted coyotes in before so I took the shotgun. The coyotes didn’t cooperate at all but like most trips I did find something of interest. 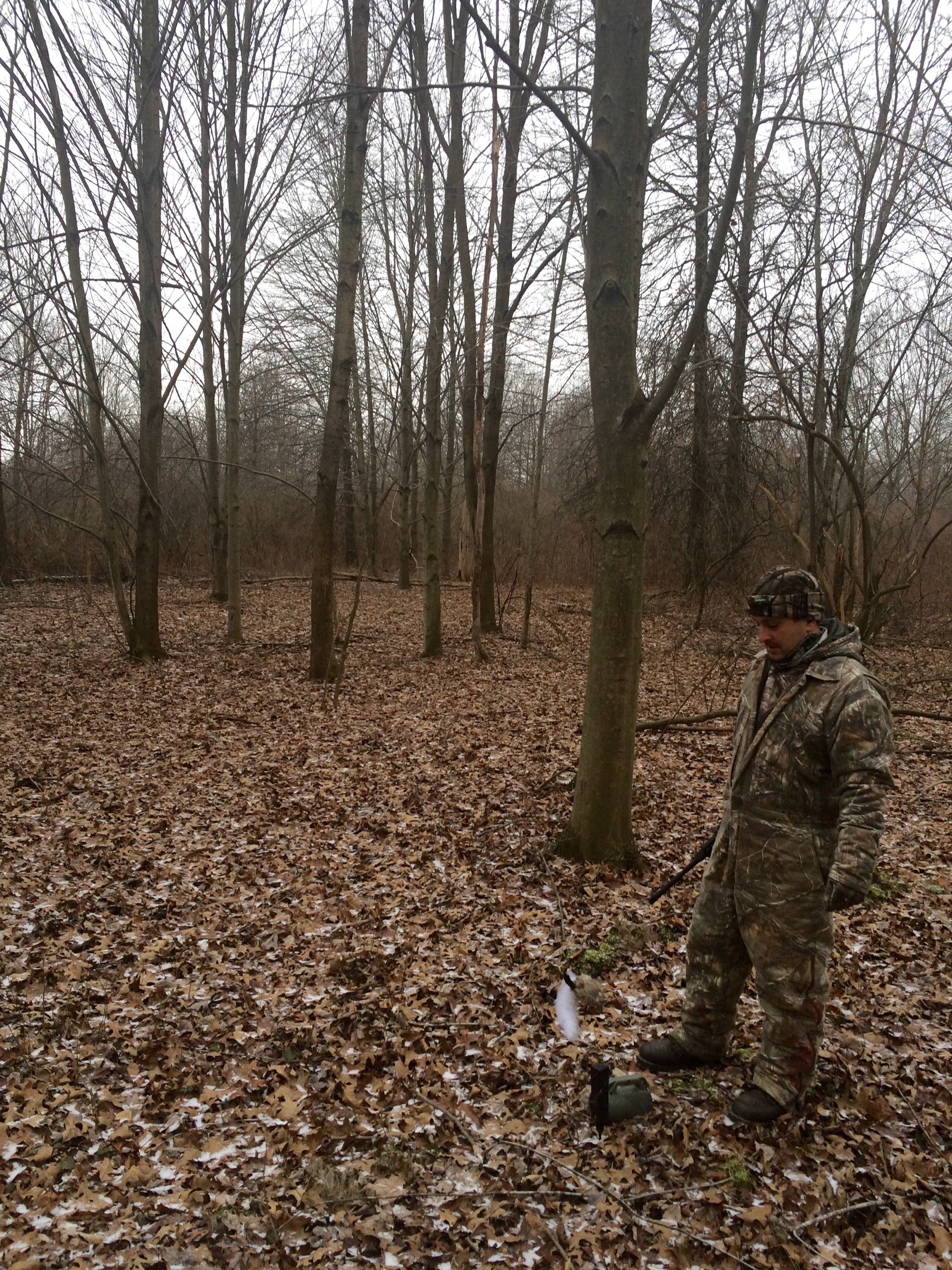 This is a “big” opening.

As we made our way out of that swamp a truck pulled up on the road and since we had permission to hunt this patch and didn’t know of anybody else that did we slowed our walk to see what they were doing. Turned out to be the road kill crew. These guys drive around and pick up the road kill to keep the roads clean and they dump them in these woods we were in. That explains why Larry picked this spot for coyotes, they were living the high life on fresh road kill and sleeping in the thick swamp.
These guys are a wealth of information if you need it, they can tell you where the most deer are being hit which would tell you their movements. They also told us how many were hit and where they dumped the carcasses. This day they only had a small beaver but I doubt the coyotes would care. 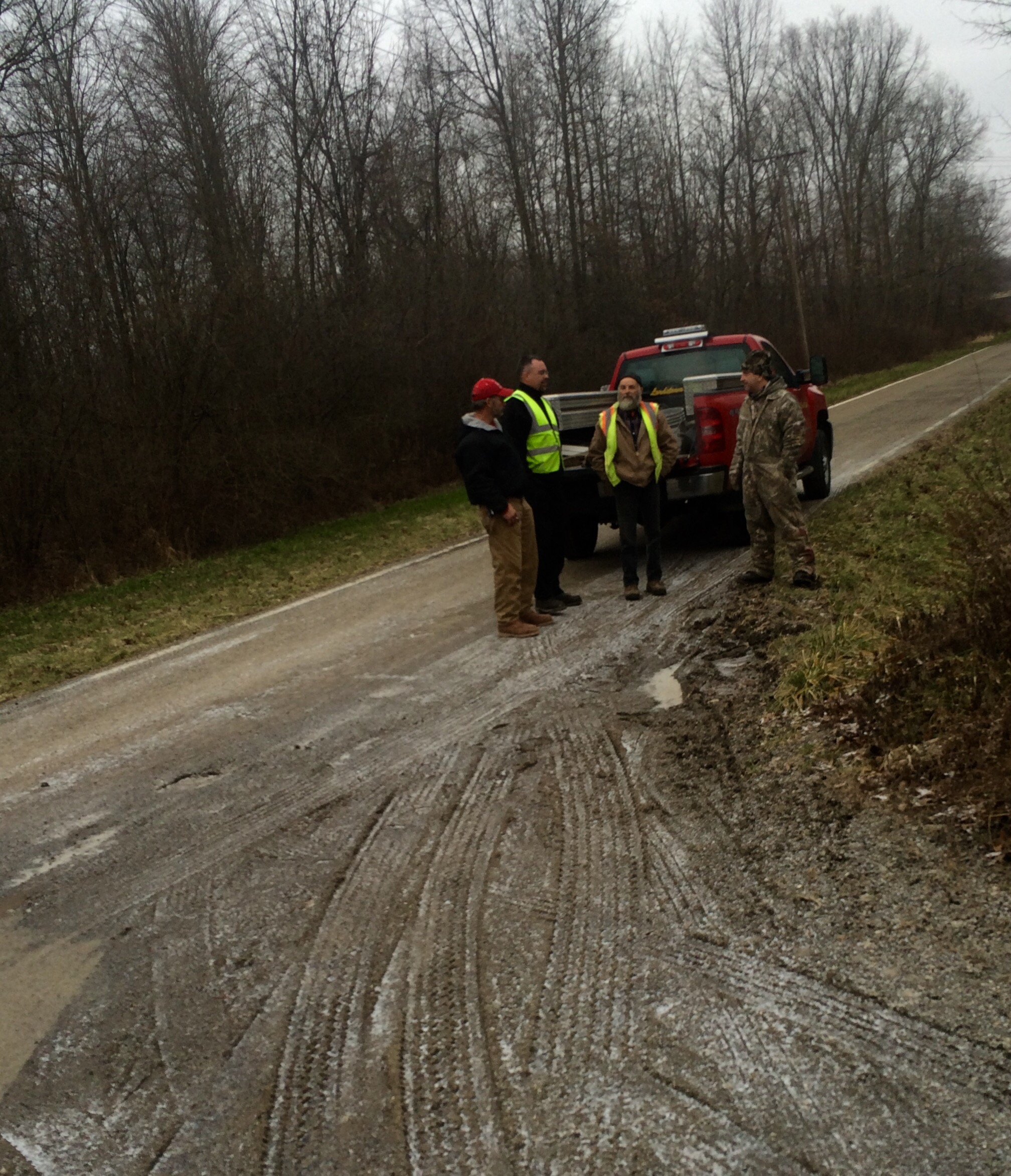 The day ends with no shots fired and that was fine with me. I walked the woods and found some rubs and shot at a few squirrels. I needed to pack and get ready for the second leg of the northern deer tour which would take me to the north woods of Michigan. 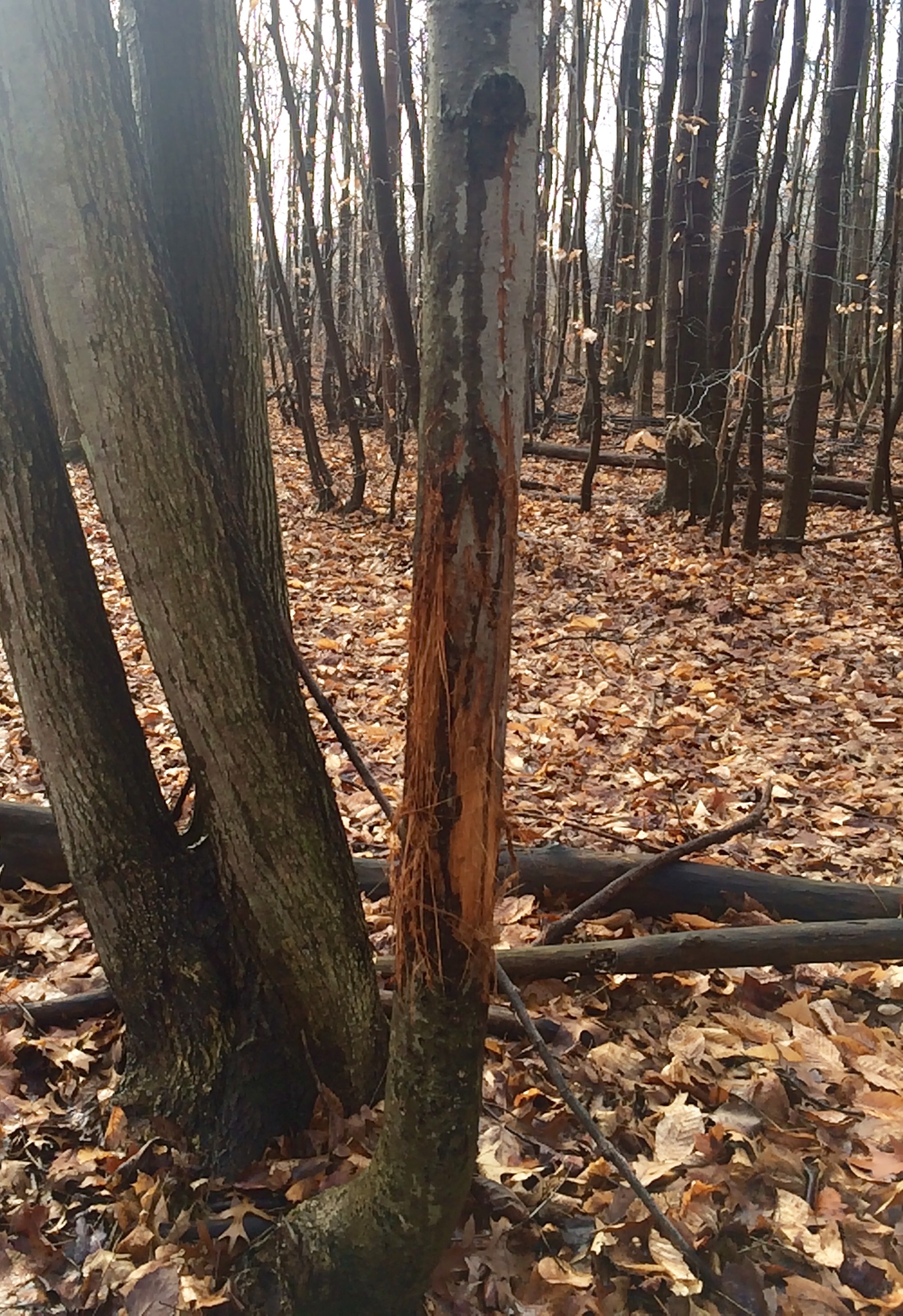 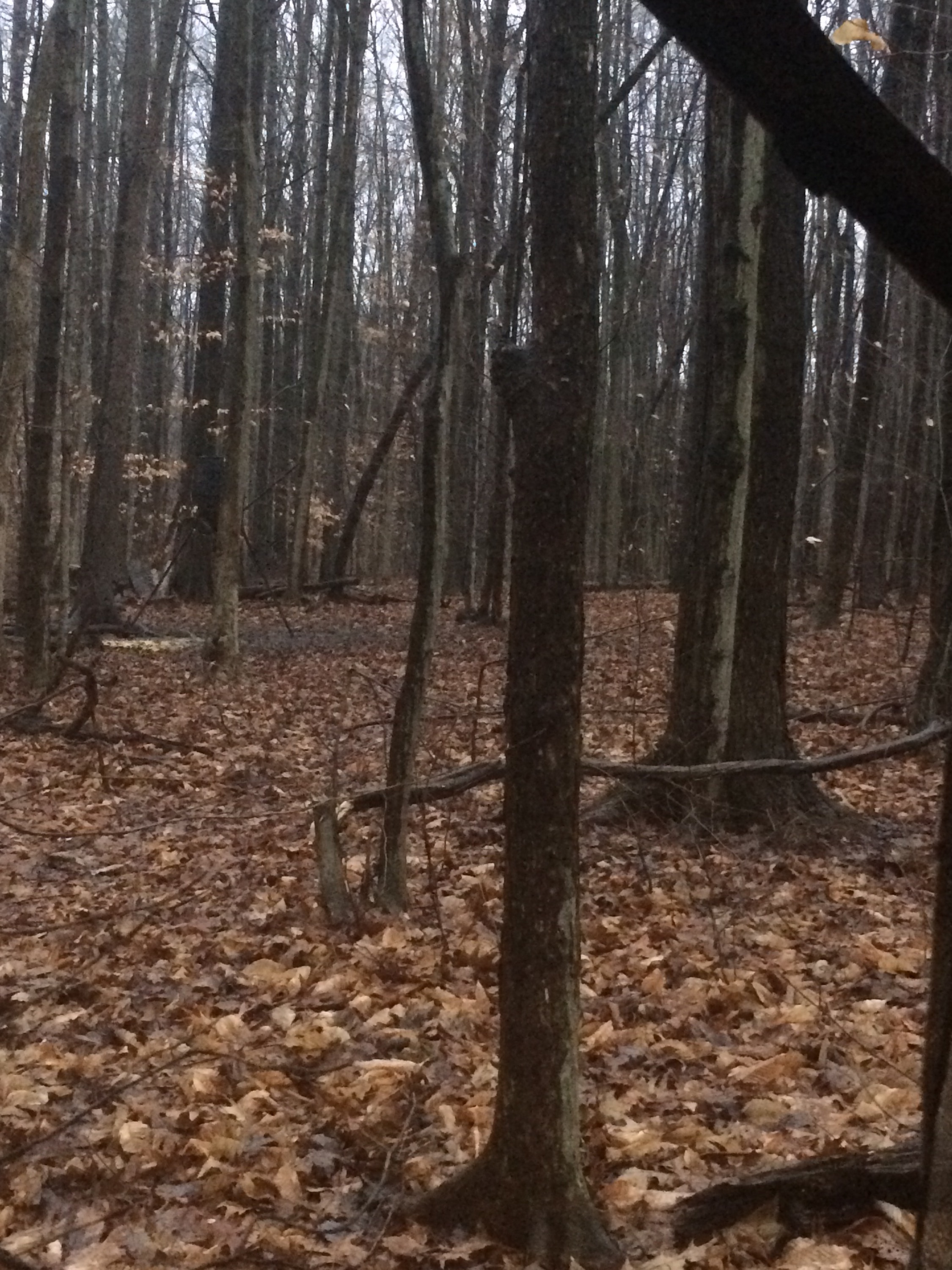 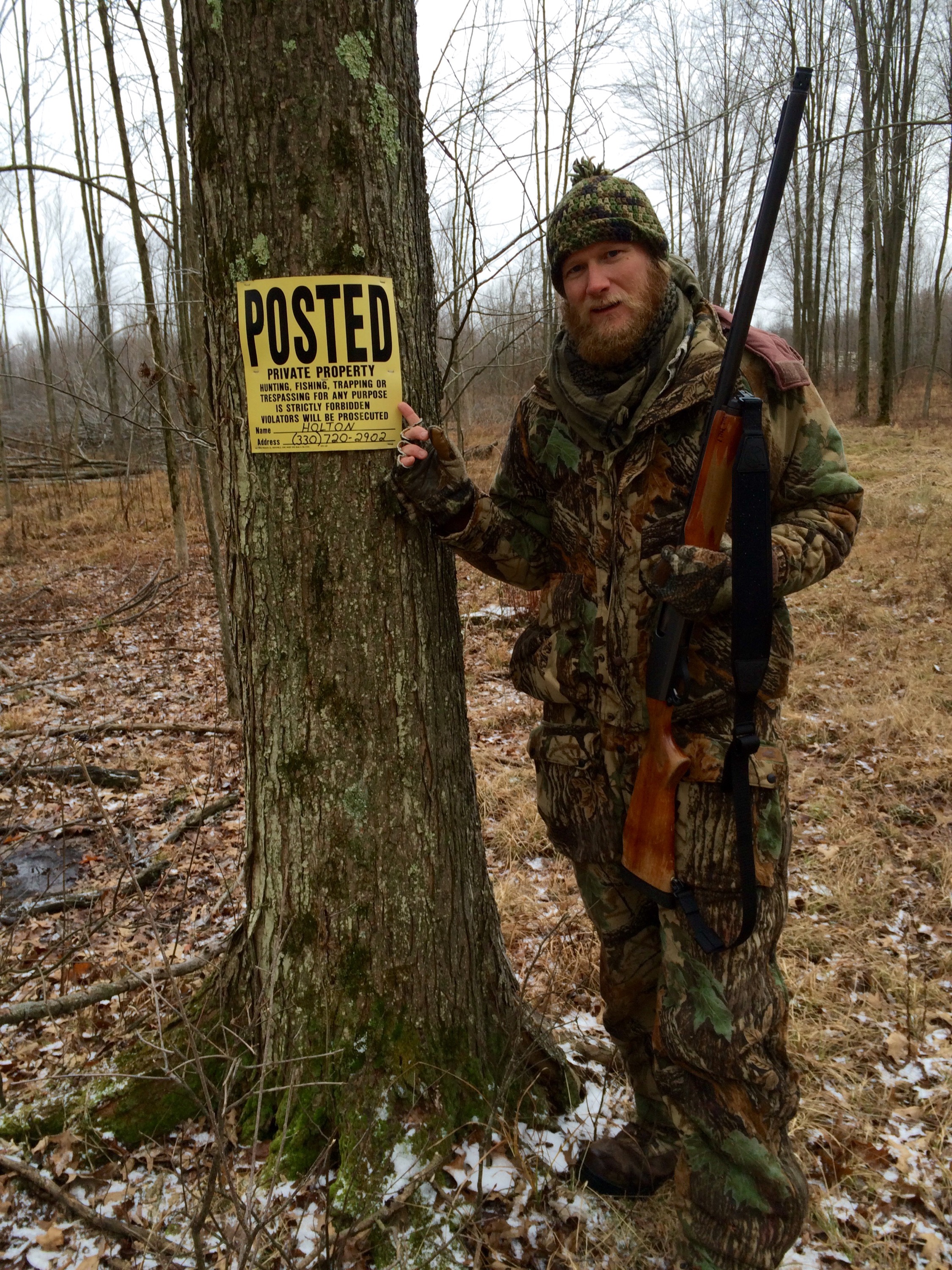 I’m in debt to Larry and his family for welcoming me in and feeding me. They are welcome in Texas anytime for any reason. Thank you Zarlengo family.