This past weekend was the opener for youth 16 and under for rifle deer hunting. One of the great things about it is that it’s still archery season for everyone else so we all get to hunt. This is Alex’s last youth weekend of his life which didn’t mean much to him but to me it did because I remember on this weekend 9 years ago he killed his first deer and has been steadily killing deer ever since. At last count he was near 40 whitetails, about a dozen hogs, a dozen turkeys, a bobcat with a bow, and a nice ram with a bow and has hunted in 3 different states so even though he is still technically considered youth by Texas Parks and Wildlife he’s done as much hunting as most grown men and he didn’t slow down any on this hunt.
I decided to bow hunt a little box blind since the sun is right for it in the mornings and Alex sat over the food plot.
The food plot is looking ok now and the turkeys are loving the oats but if it don’t rain soon I think I will lose it. The temps were in the 90s the last few days and sun shining bright which isn’t helping at all. 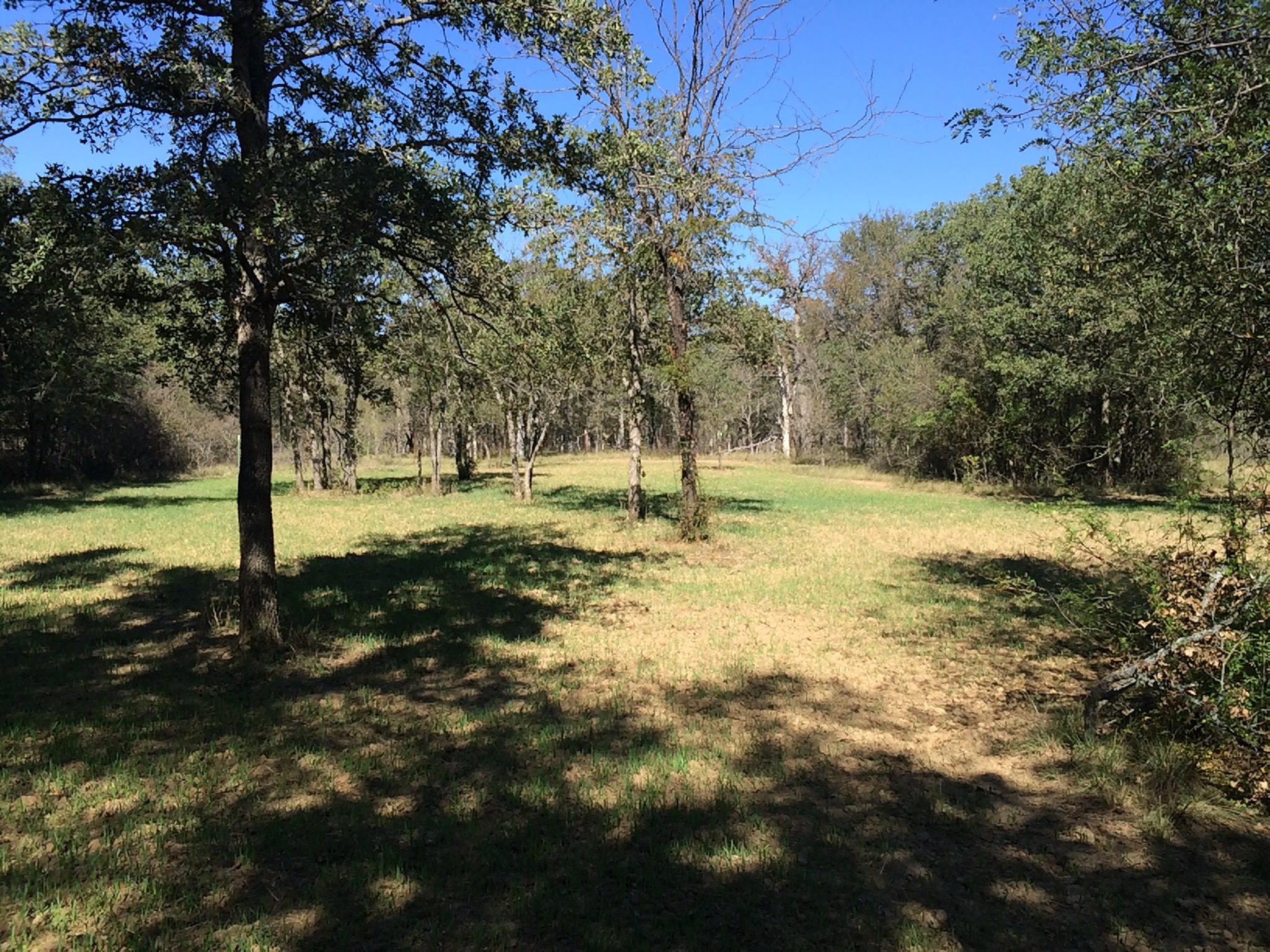 I had a deer come by before legal light and couldn’t tell what it was but it was well within range. Just at legal light I seen it circle back around and could tell it was a doe so I got ready to draw when she cleared the brush. It was deathly quite, no breeze, no birds, nothing and every move I made it seemed like the noise was running through an amplifier but I attempted my draw any way. She heard it at 19 yards and spooked a little. I knew she wasn’t too scared because she hadn’t seen or smelled me so I still had a chance.
We have a huge flock of crows that roost near us and I heard them starting to fly off the roost and if you’ve heard this you know how much racket they make so I timed my draw with the passing crows as they woke up the woods and the doe never knew any better. Now at 23 yards and me at full draw this was about over. I released the arrow and heard the sound all bow hunters love. I don’t know that you could spell how it sounds but if you’ve heard it you know.
I waited 20 minutes and went to find my arrow. The arrow passed through and was laying ten yards behind where she was standing at the shot and as I reached down to pick it up I seen a white belly in the grass. Not 30 yards from where the arrow hit her she lay dead from a heart shot.
I got back to my blind and started to text Alex when I heard the crack of “Black Death”, that’s what he calls his .308 and it is properly named, he is very deadly with this gun and I knew he had something down. His text came through minutes later “spike down”, man I was excited, our first two deer of the year and minutes apart. 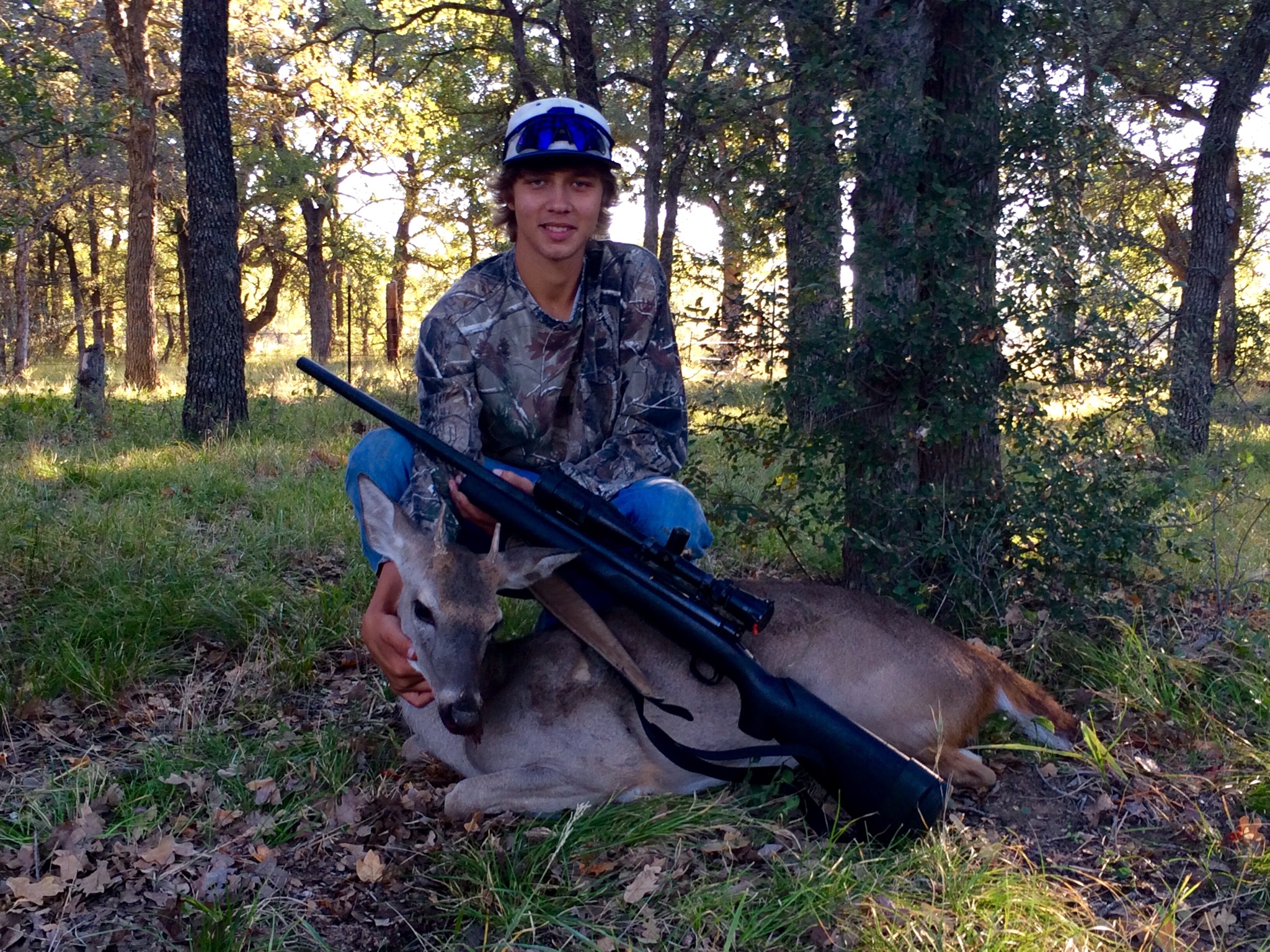 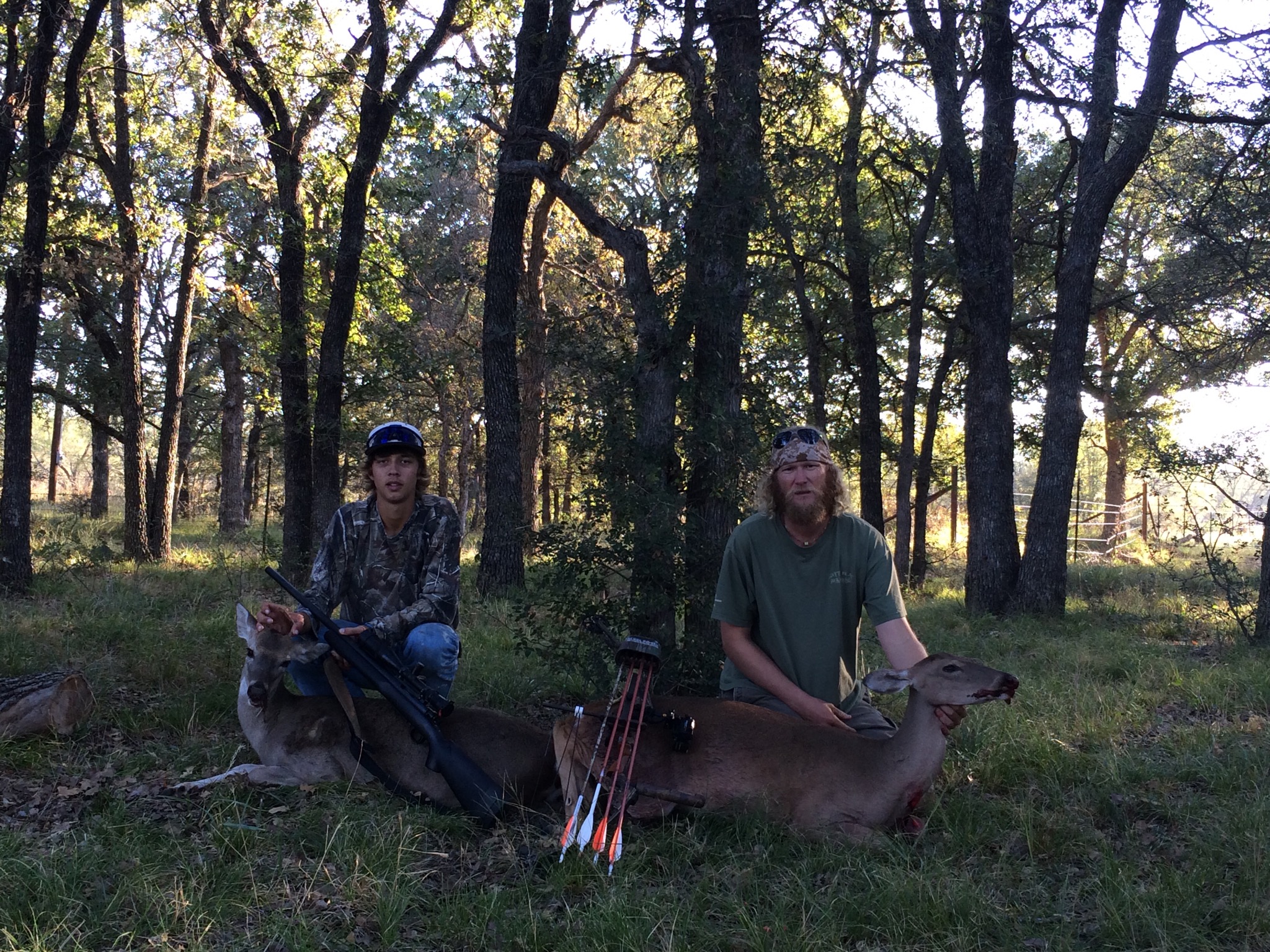 After loading and cleaning and getting the deer squared away I started breakfast. We had a visitor today and I didn’t want him hungry.
Our visitor was Leo, Leo loves AR 15s but he lived in Connecticut and Connecticut doesn’t love AR 15s at all, in fact they hate them and banned them, so when an opportunity to work in Texas came up Leo made the right choice in my opinion to get out of Connecticut and become a welcomed owner of fire arms in Texas. Leo said hey I’m in Texas now so why not buy two more ARs and he seems to be enjoying his time here so far. 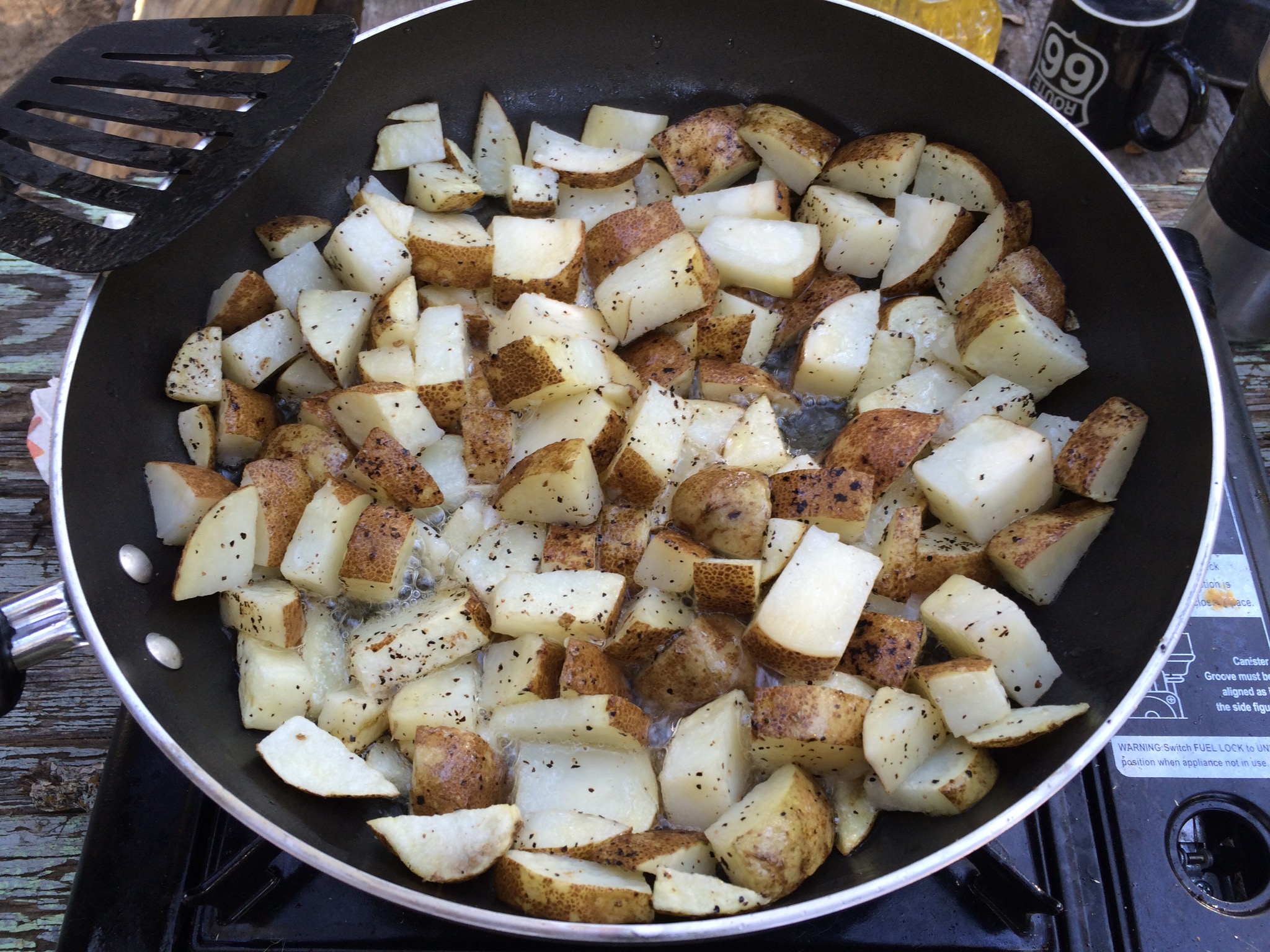 I like to fry potatoes and add charizo and eggs for a taco. When my man Leo seen the charizo he immediately showed some concern over whether this would be added to his fried potatoes. I said “yes sir” he ask “but not the eggs too right” I said “yes sir” he said he would like to get some potatoes out before I mixed it because that just didn’t look appetizing. I ask Leo if he would enjoy seeing the process it took for a T-bone steak to hit his plate or would he just like to enjoy the T-bone. He said point taken I will try it when it is done. I don’t disagree one bit that this does not look good but it is. So when all was done Leo did enjoy the charizo, egg, and potato tacos and in fact called them “surprisingly good”. I took that as a compliment. With bellys full we went fishing.
Alex was the winner today with a nice bass and small crappie. I think Leo caught a perch and I took pictures and casted a little to no avail. 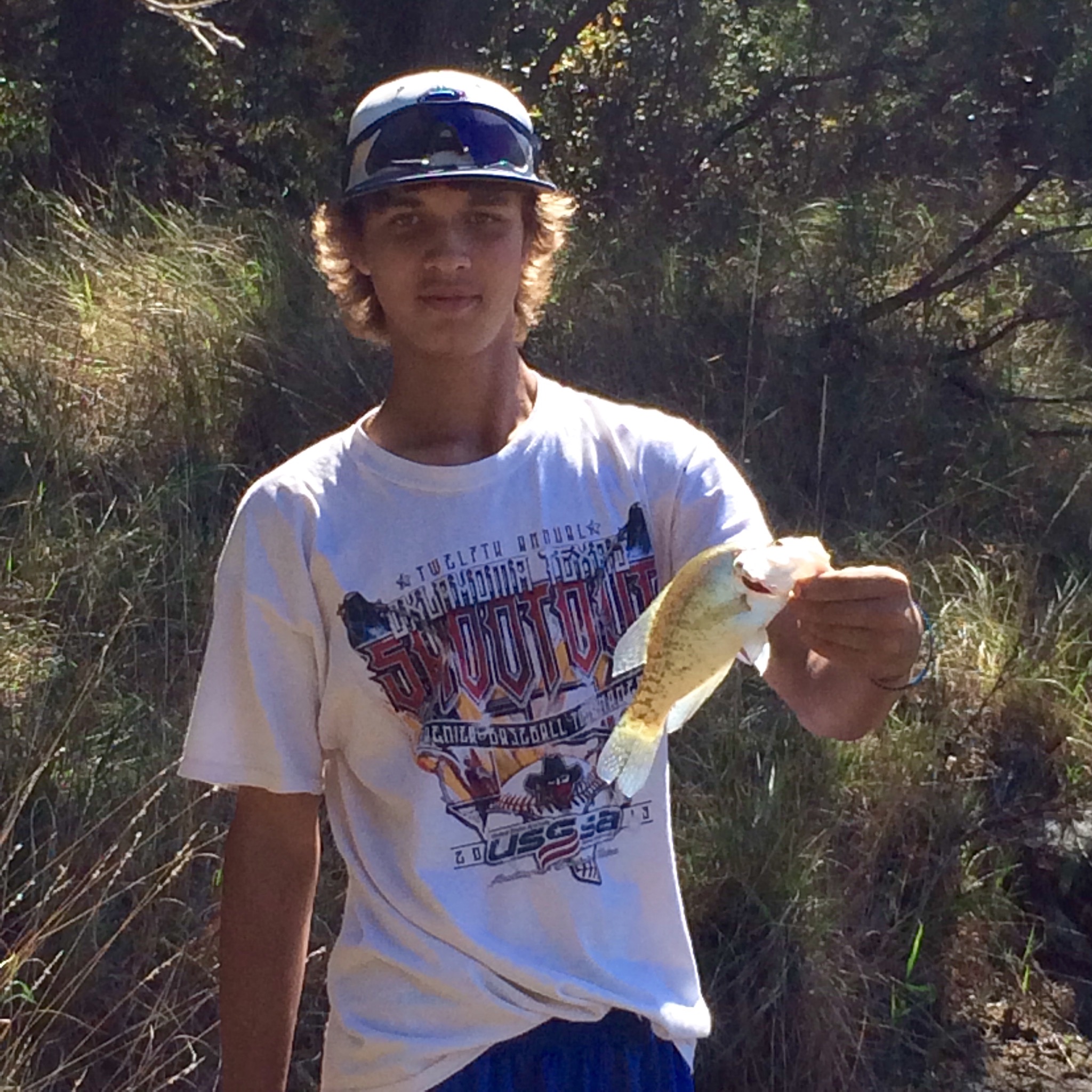 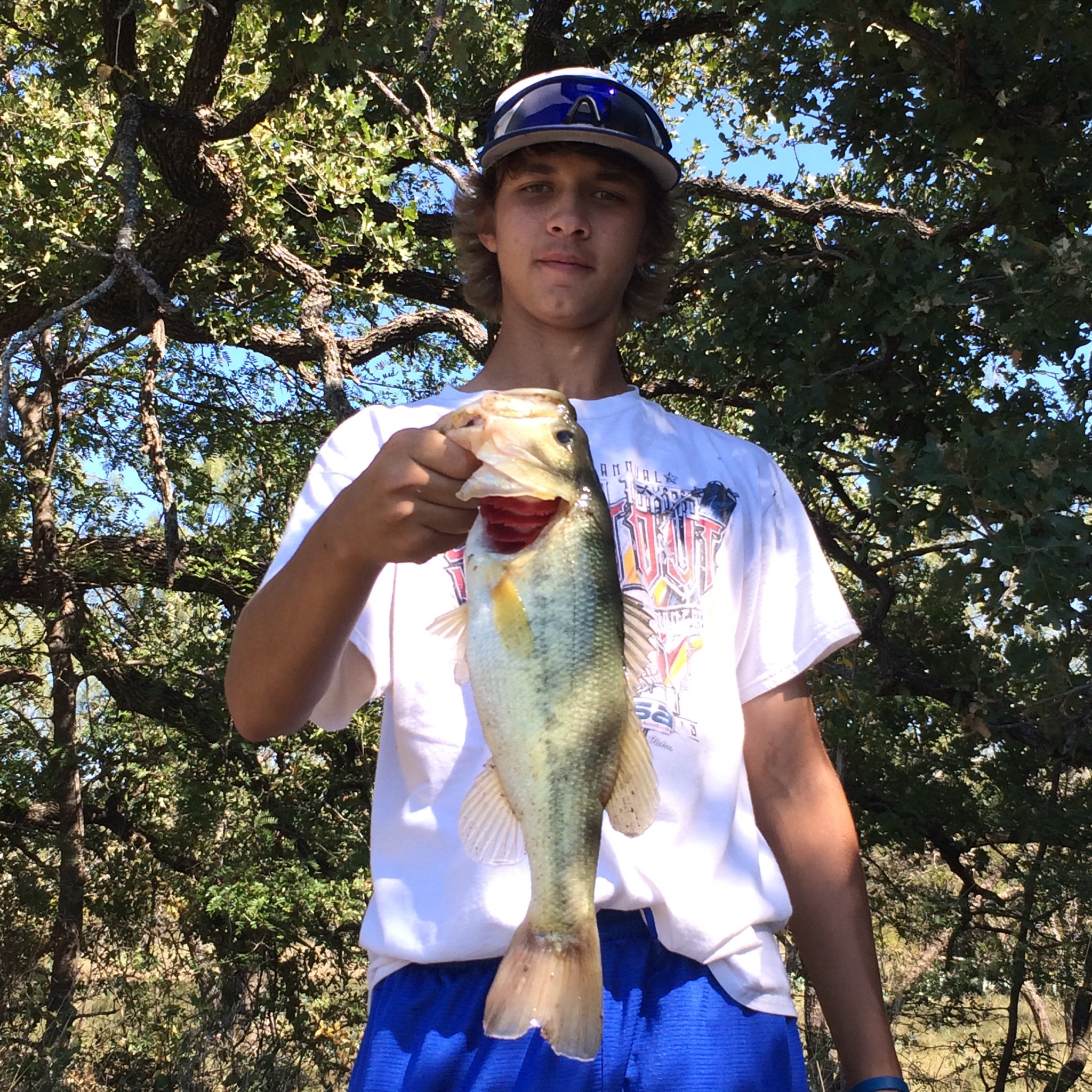 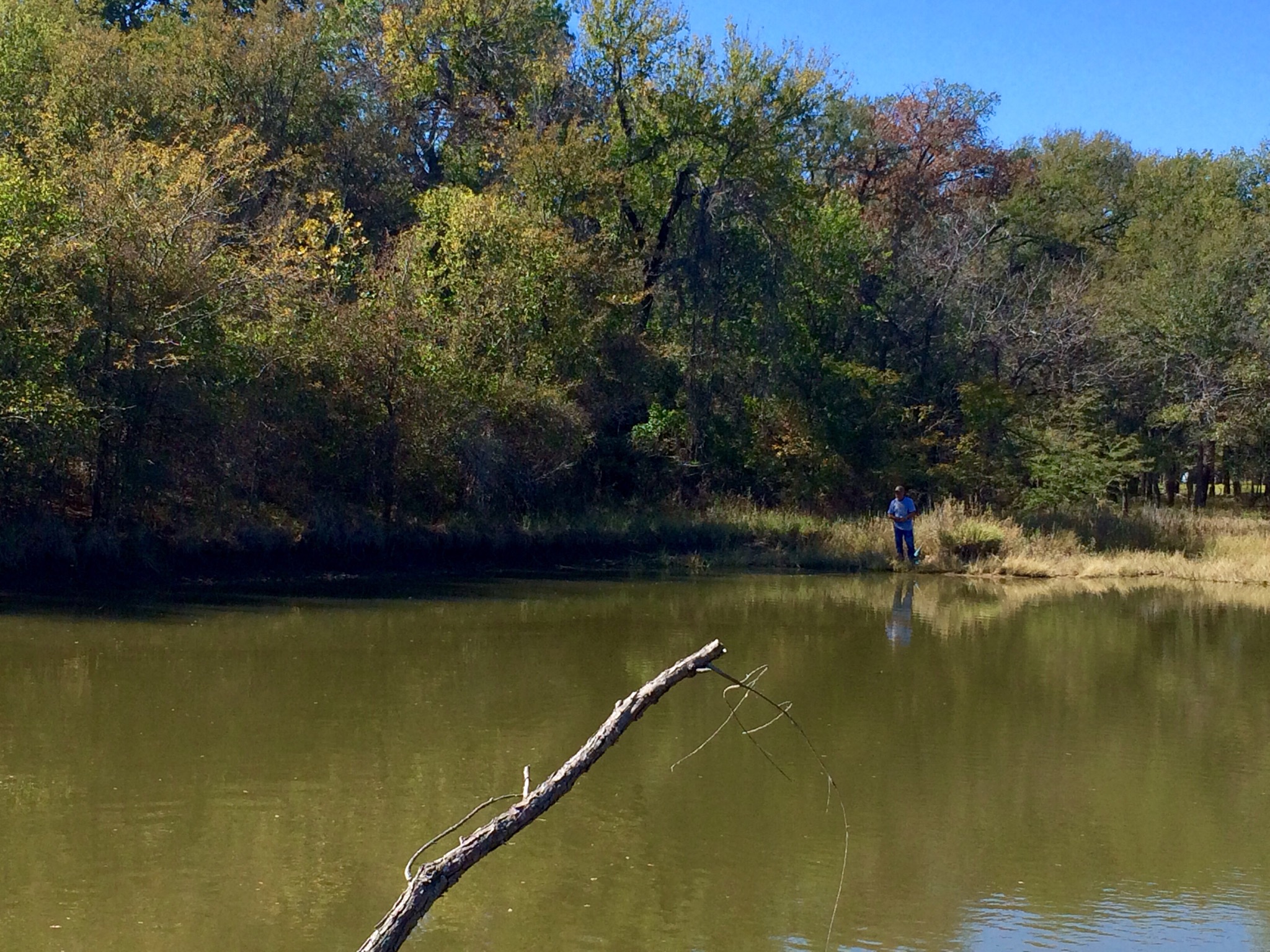 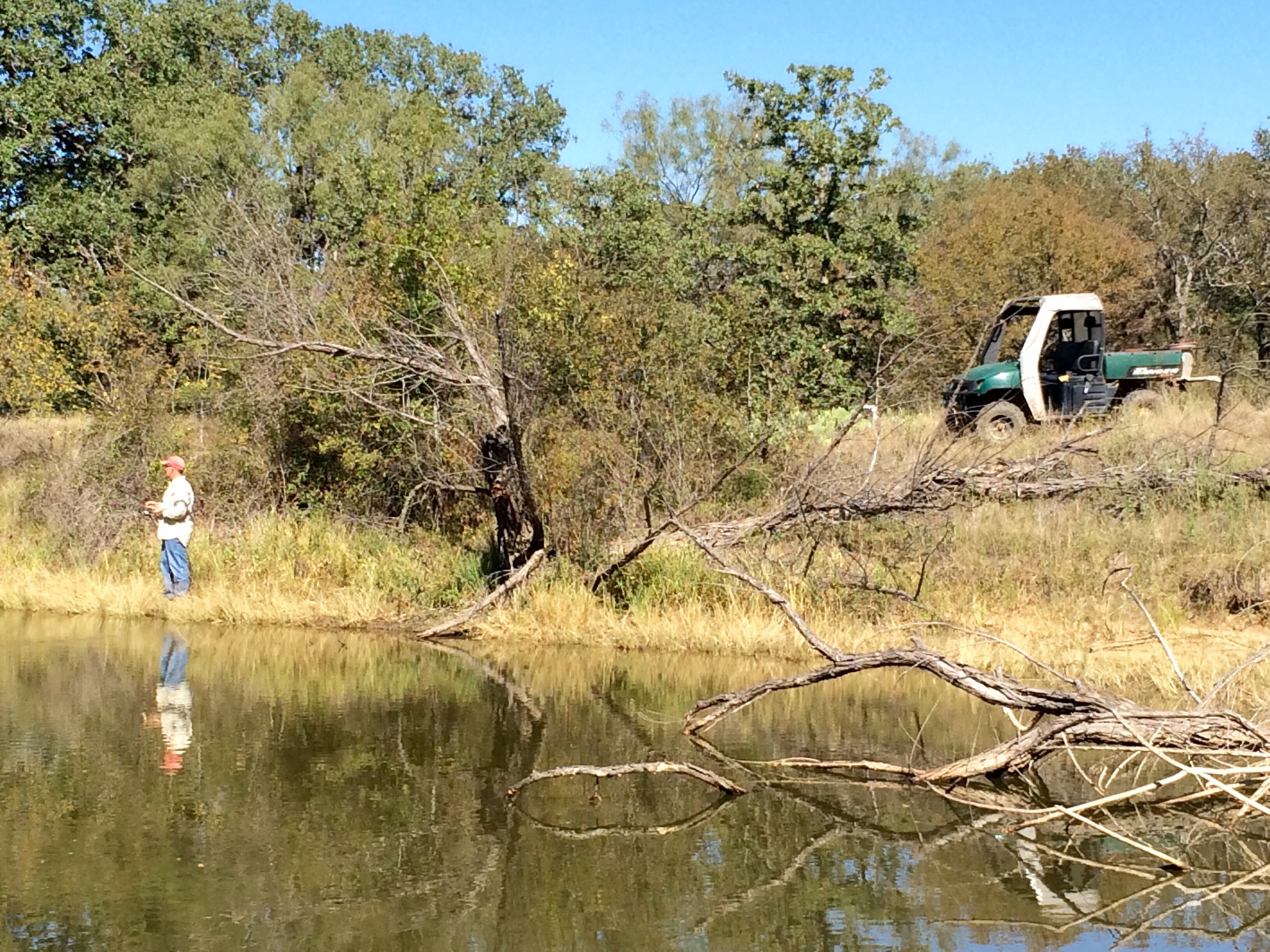 <a
We never found a hog for Leo but I think we got him outside of his comfort zone a little and that’s good, like I told him, if you want comfort stay home we come here to do the things you can’t do at home. I got a feeling we will return to do some squirrel hunting because he said that was really the only hunting he had done and it had been many years since he did that. I figure he’s off to a good start with his choice of fire arms and now his choice of a new state. I’m gonna declare him an honorary Texan and if he comes hunting with me much more he will be singing Robert Earl Keen and wearing boots soon enough.