The last antelope and other critters

After just one day we had two antelope tagged so we decided we would all go together in the jeep for the last one. Cory was last to shoot as he seems to be most years. I have a theory that he waits for everybody else so he will have a full staff of people at his disposal with nothing to do but help him find antelope, he may be smarter than I think. Most years on this trip we get all the antelope tagged before doing much coyote hunting so off we went like a big happy family in the jeep.
It could not have been a better day as far as weather goes. We covered miles and miles and found all kinds of ways to blow stalks but didn’t find the antelope that Cory found worthy of getting a tag. Honestly these hunts are not that hard, you could take an average to nice looking antelope in a two day hunt here fairly easy so looking for a good one is a good idea.
Along the way I found quite a variety of things to catch and chase. Hoss found the only rattle snake and he doesn’t think catching them is fun so I never got to play with it but I did find a lot of cool other stuff.

Here’s a tarantula that wouldn’t let me pick it up. Some of them are calm and some are not, this guy was very unsocial. 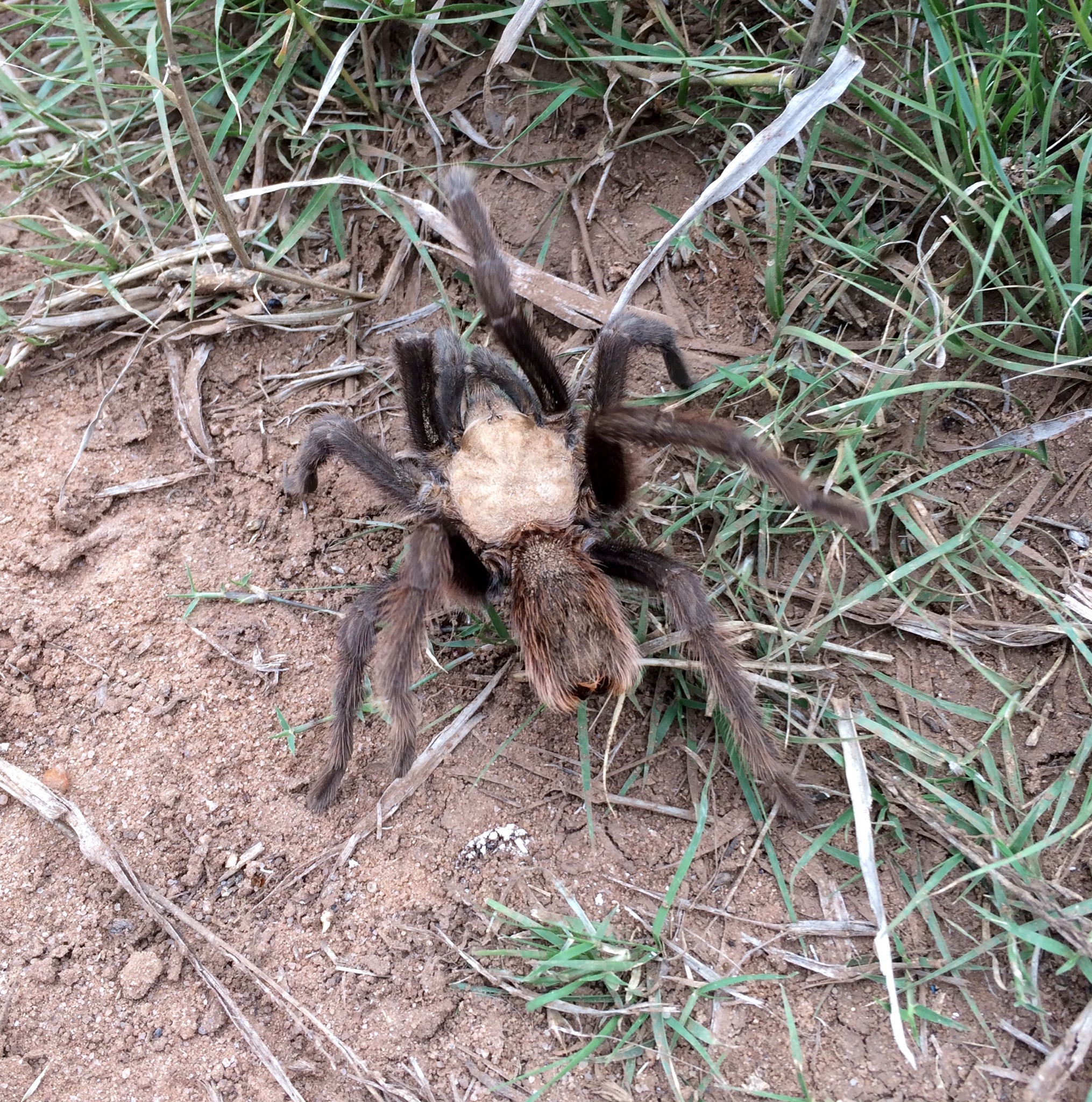 The crew looking at a buck that we debated on. He had one good side but part of the other was broken so we drove on. 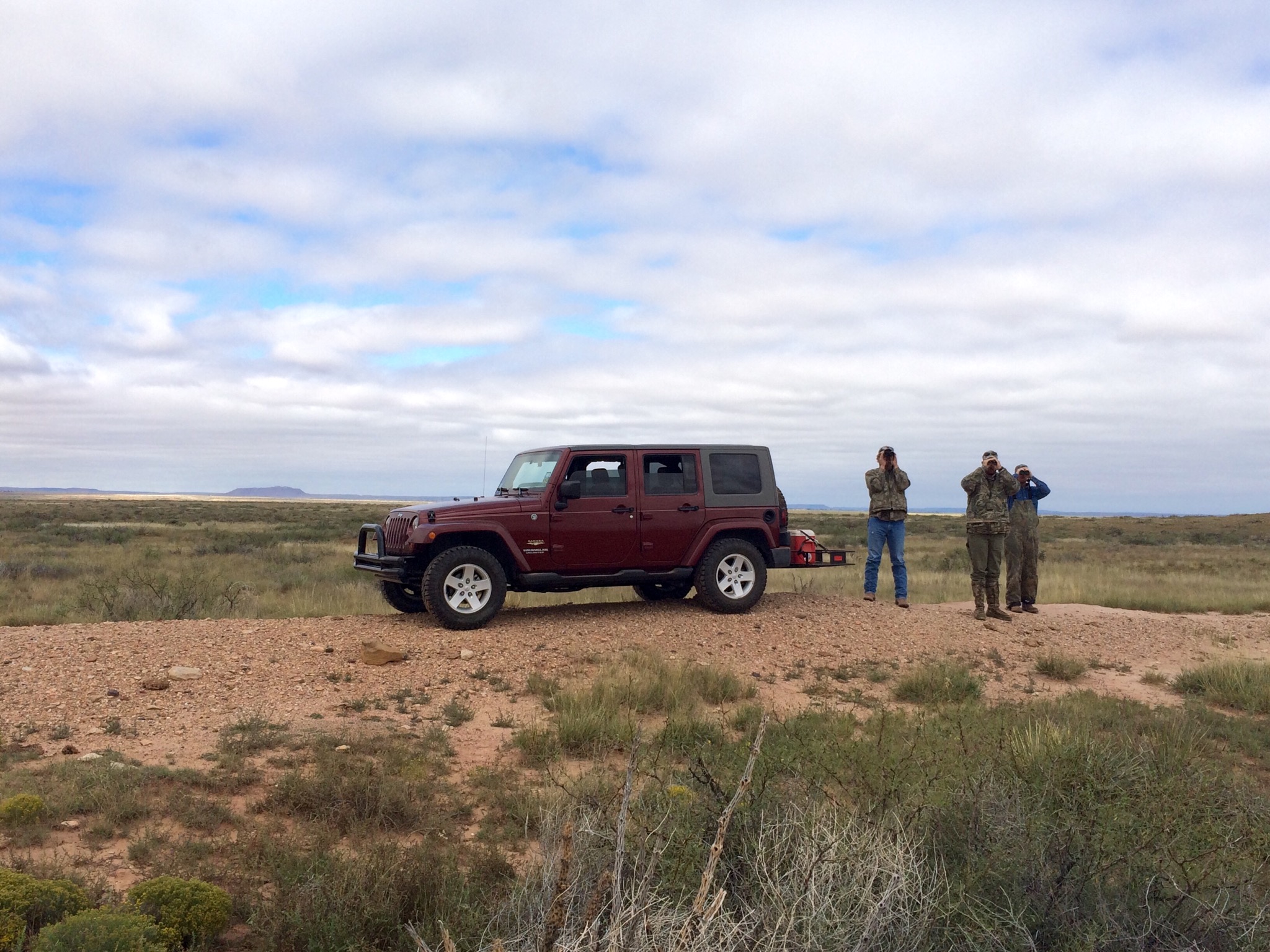 For three days we would see the horses in the pasture but we never actually got near them. Every time we seen them I would say, look at those wild mustangs, because the landscape just looked like a place for wild mustangs. When we finally got near them I told the guys I wanted to get pics so I got out my big camera and lens and expected some long shots. Turns out these wild mustangs were gentle as a house dog. They walked straight to the jeep and expected some food and petting. At one point I had to push one out of the drivers window as he chewed on the seat belt. Ronnie got down to line up a nice pic on this little buck skin colt and the horse grabbed his phone and tried to eat it, so I may have overestimated the wildness of these mustangs. 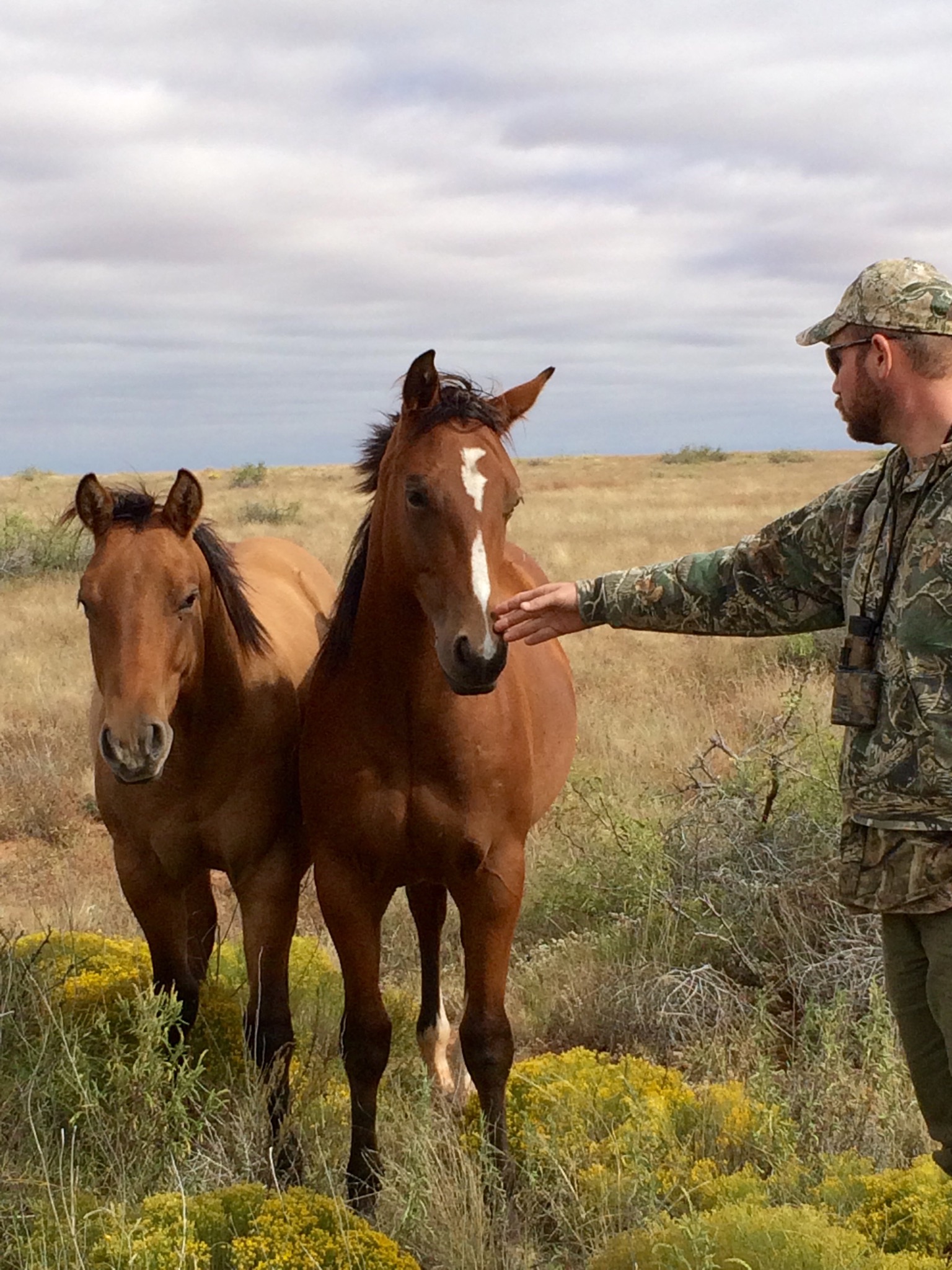 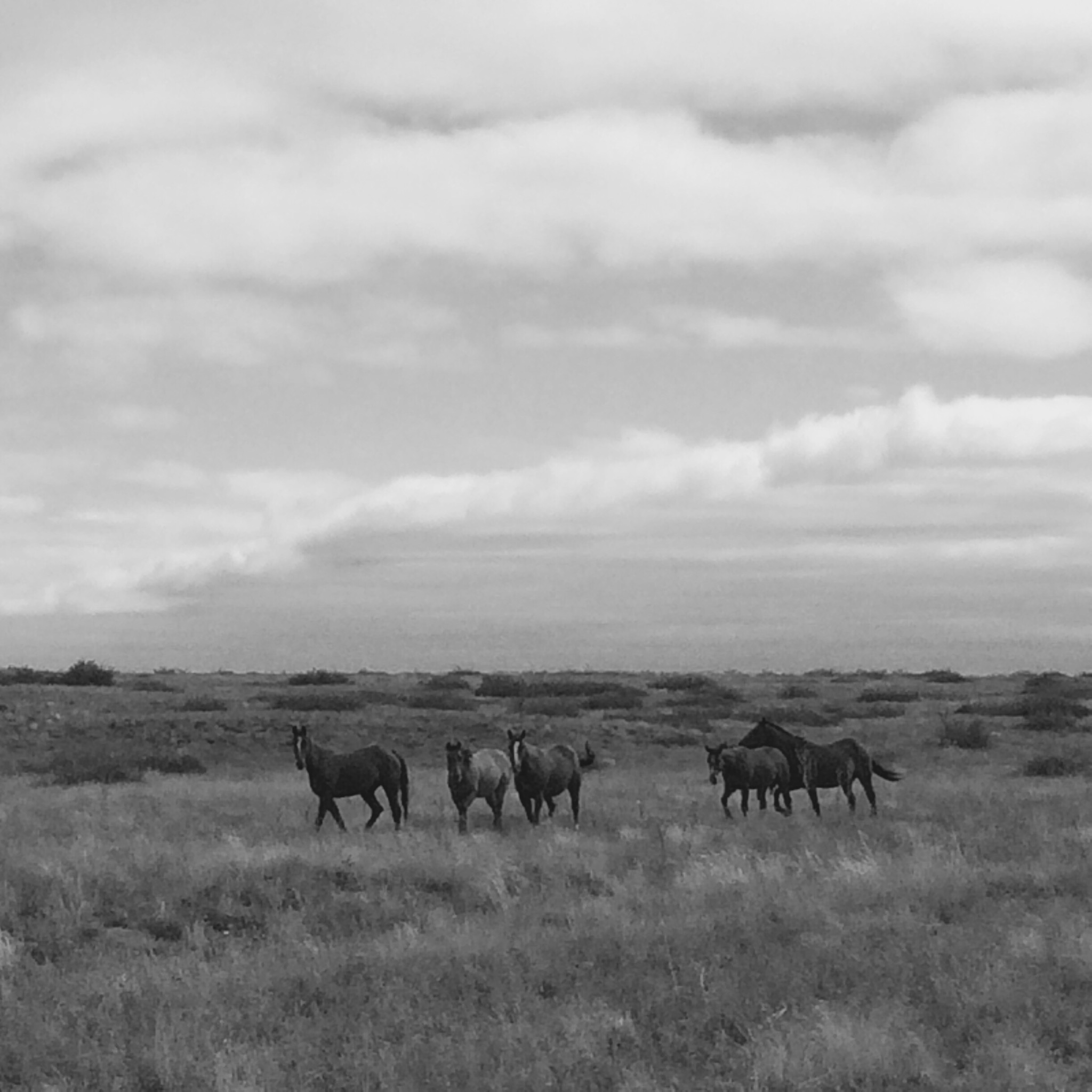 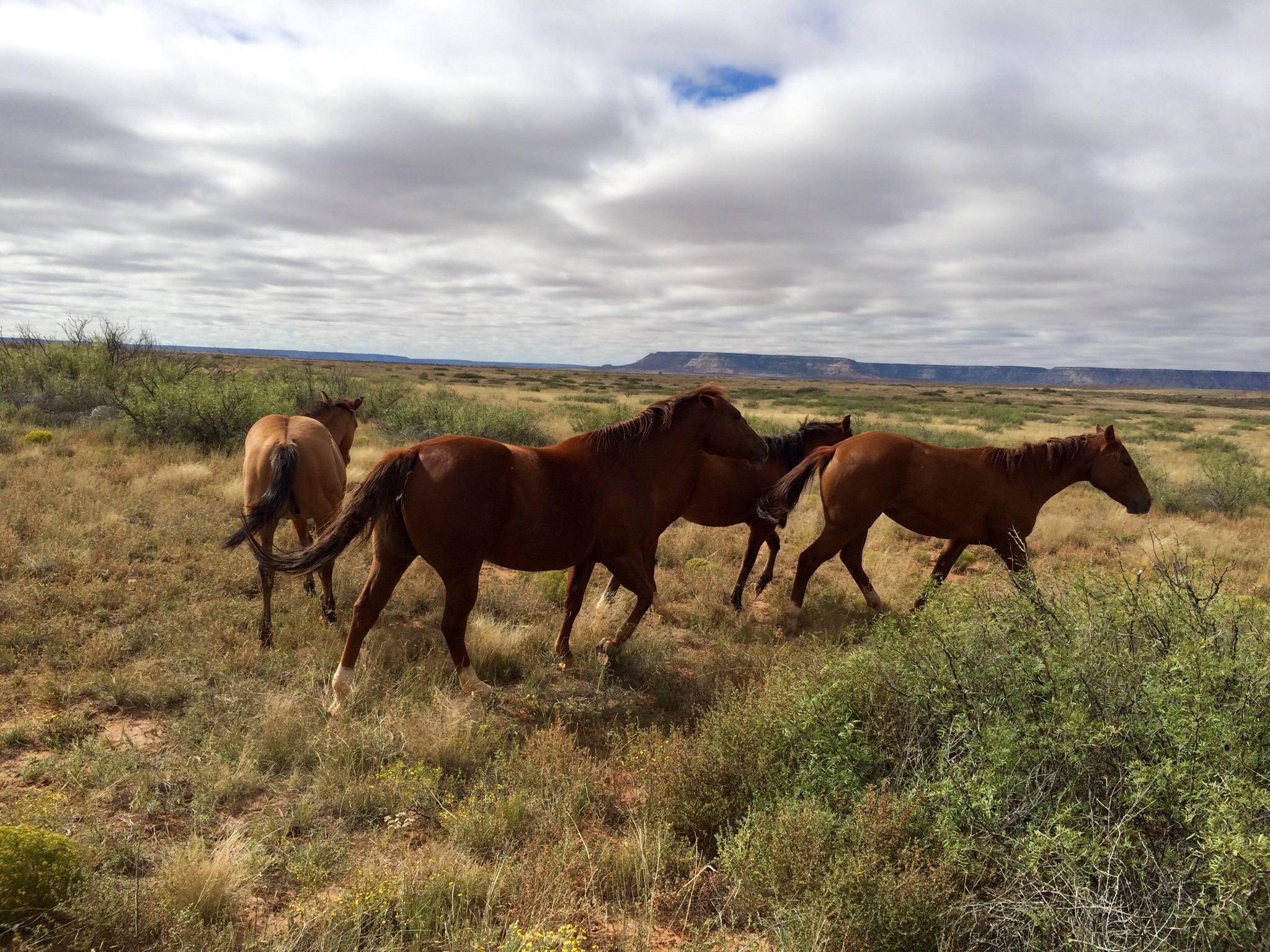 After we were done with the petting zoo we were back to glassing but Luckenbauch, Texas (Back to the basics of love) came on the radio and like all good true Texans should do you stop and listen and if you’er not in Texas you should stop and face Texas until the song is over, well I think you should anyway.
Along the road I seen a little movement so I stopped and jumped out. I wasn’t sure what it was but it looked slower than me so I figured I could catch it. I’m not sure how I found him he was so tiny but I did. 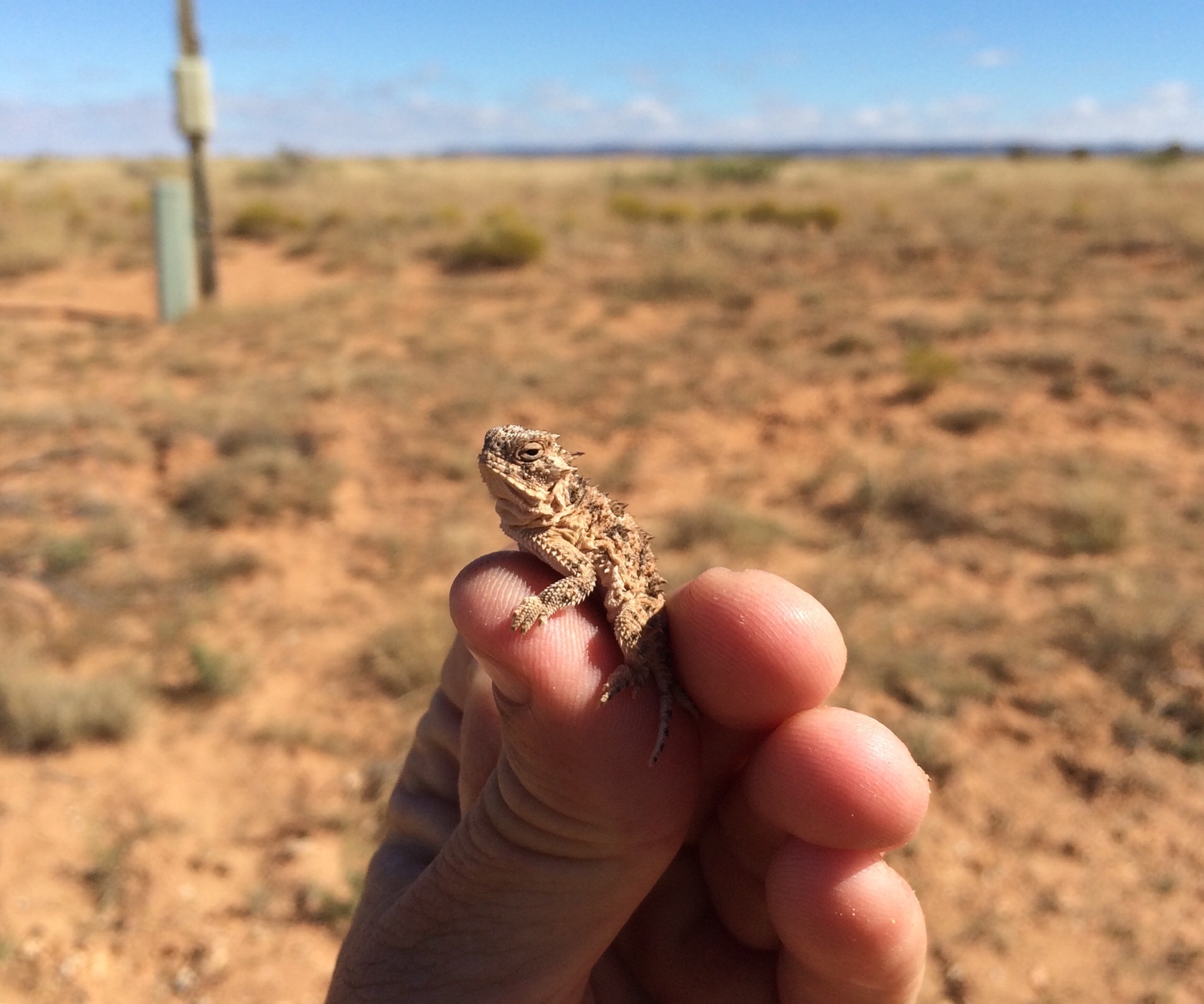 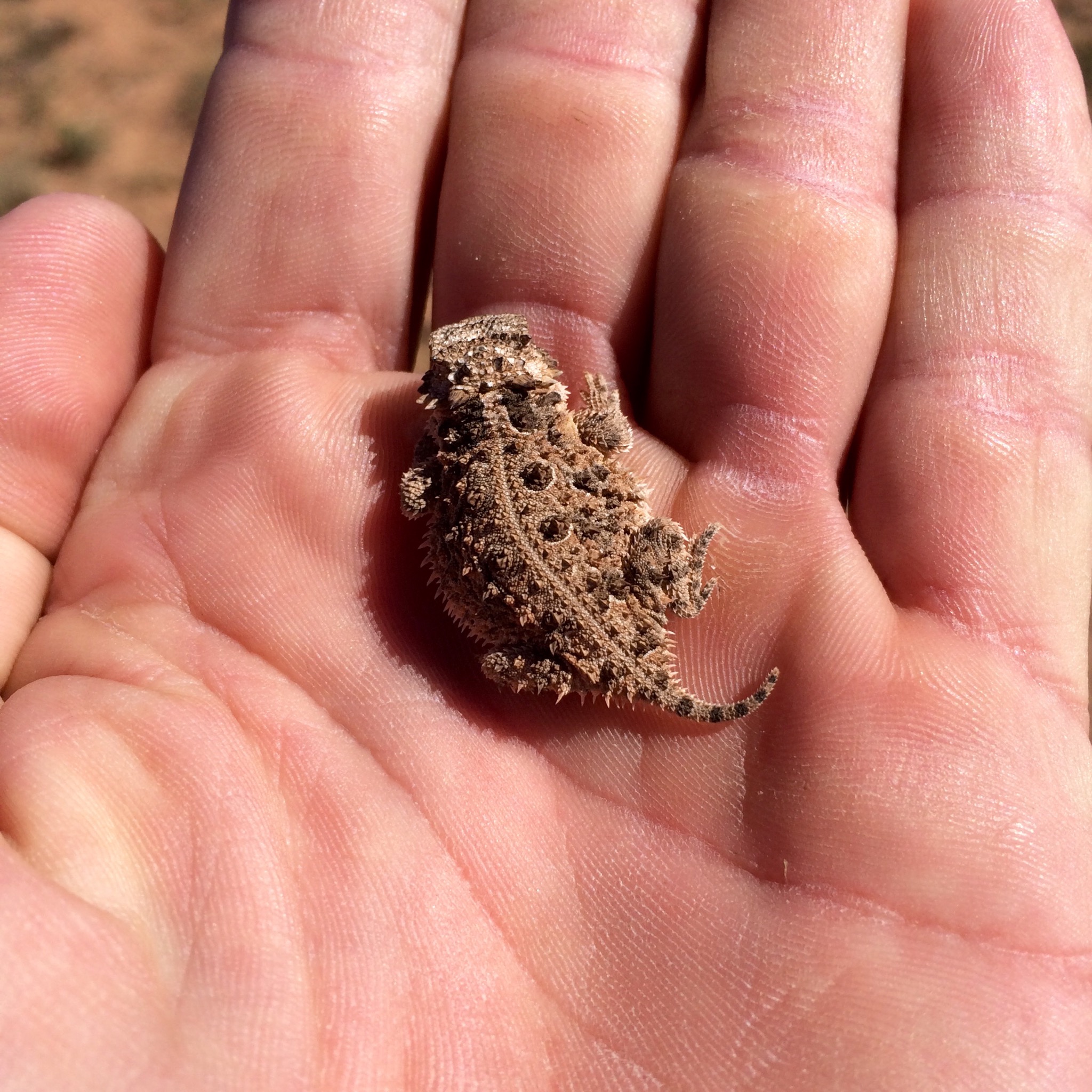 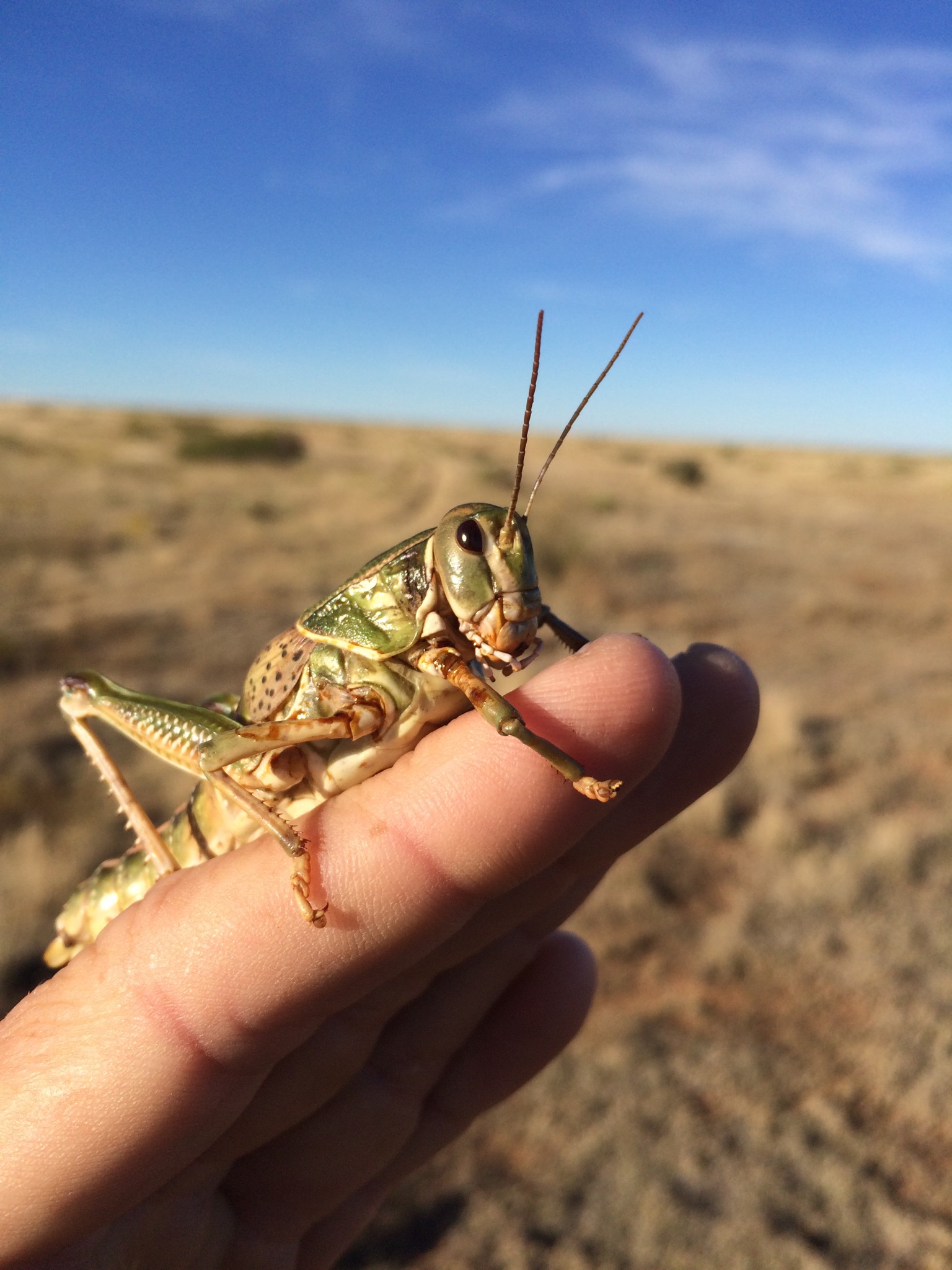 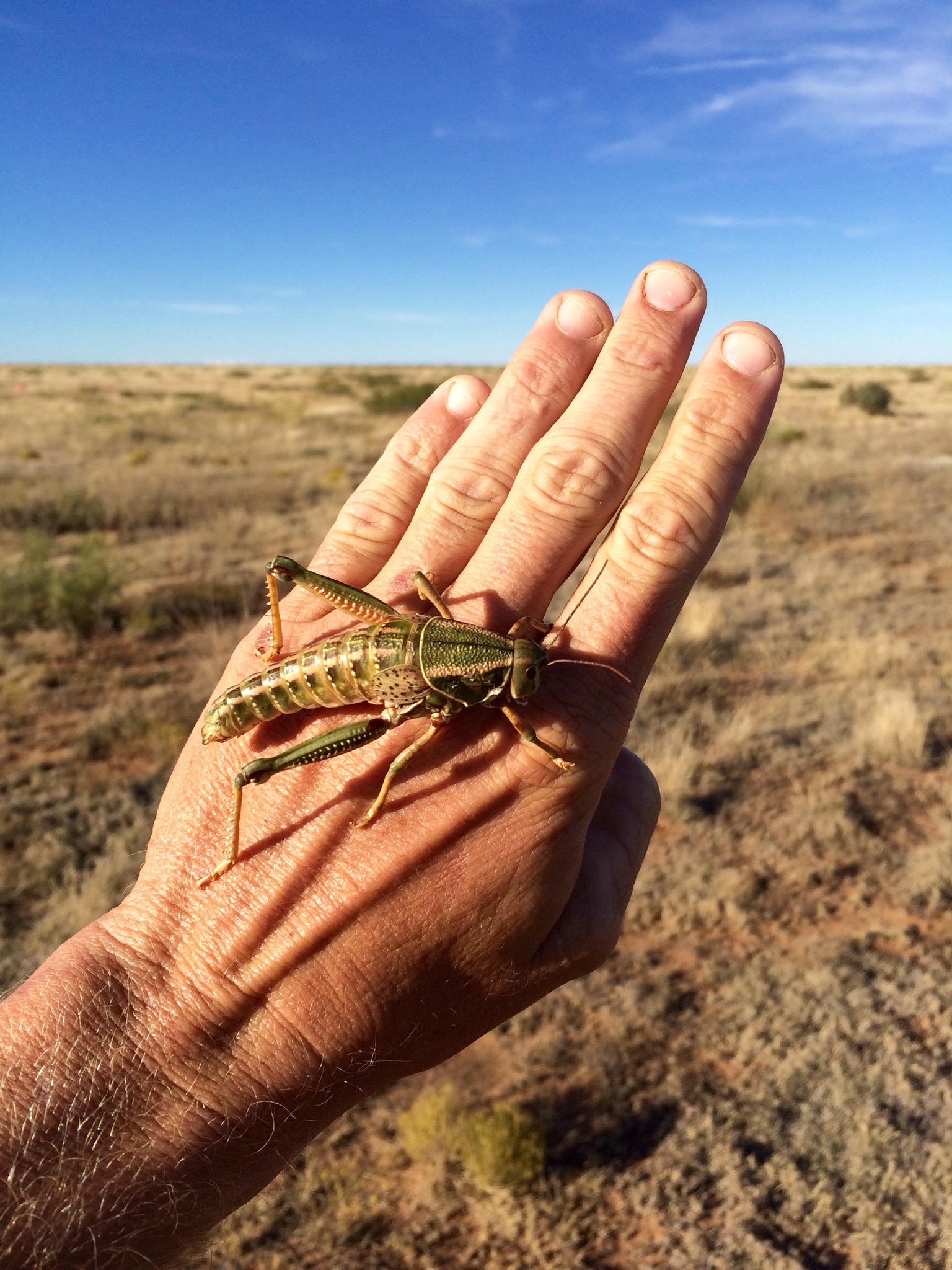 We stopped by the house for lunch and found our man Denny there. This is one of the greatest guys you’ll ever meet and for all you kids wearing square toe boots and pants with big white thread and belts with giant buckles, just so you know you are not country, you are not a cowboy, this is a real American cowboy that makes his money from cows and works them on horse back, we need more men like him. He’s tough as hell yet gentle enough to tame a horse so tame he puts his head in your truck. He cares about you and you can tell it. Him and his wife are great and I can’t say enough about them. 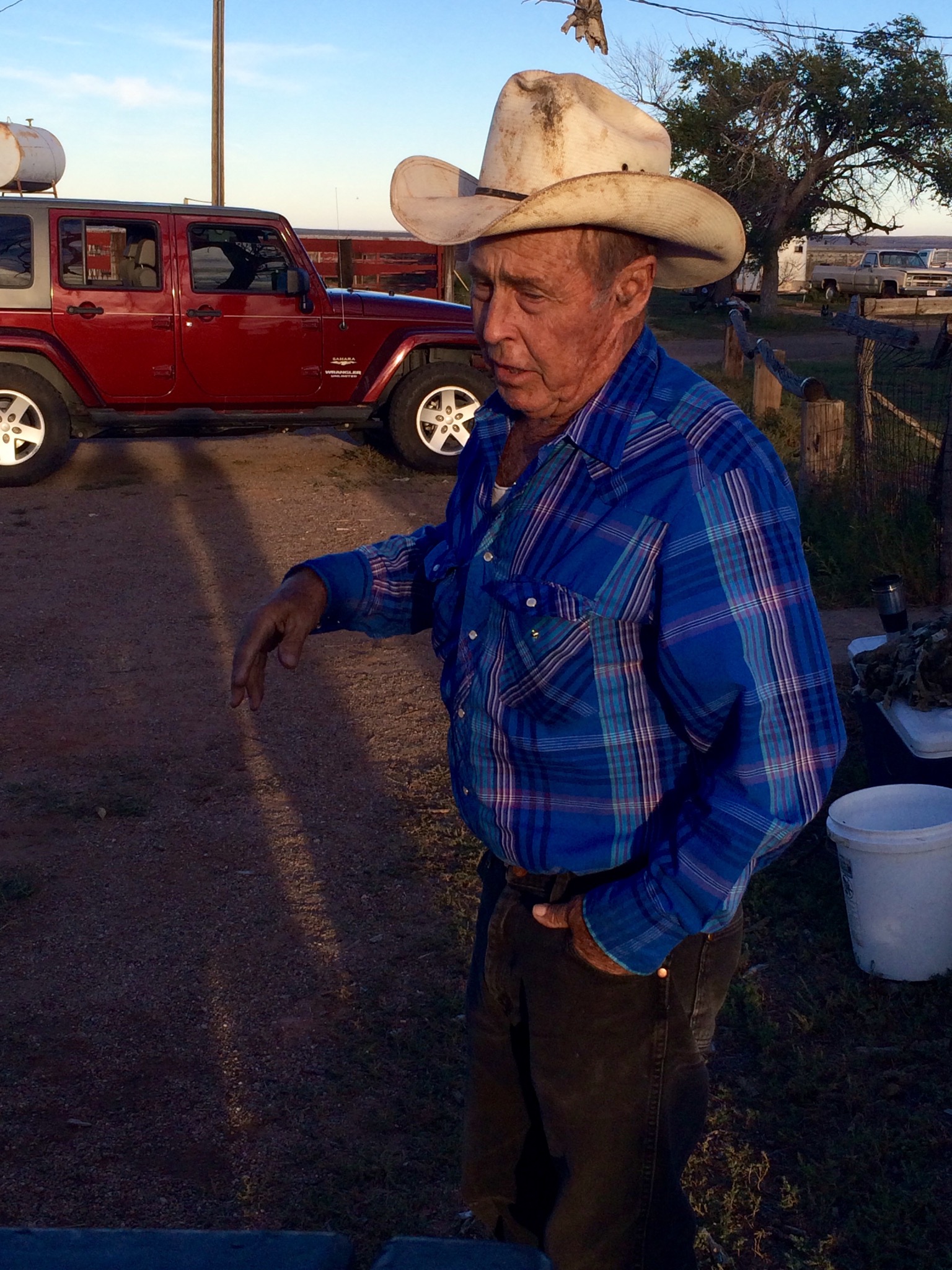 Just before dark I wanted to try those coyotes again that have become my nemesis. I knew the place I wanted and knew I had the sun setting behind me and a pretty good cross wind. Just as we entered the area Ronnie spots two coyotes watching us from the spot I wanted to go. Great now are they not only outsmarting me they know where I’m gonna be before I get there. The plan didn’t work so I just went and made supper, one day one will mess up.
Not having killed our last antelope and the next day being the last day we decided to split up again to cover more ground and Ronnie and I would call coyotes along the way if we liked the spot. We crossed a deep ravine and I had a good place picked out all we had to do was get there, which was a good walk, and the sun and wind would be right. I could not believe my eyes when just before we sat down four coyotes came walking out, seen us and ran off. This is getting ridiculous.
Next spot was trickier because of very low brush so hiding the truck out of view was hard. I parked and walked to the spot but didn’t like it so I decided to go a little farther to a small rise to put more distance between us and the truck and wouldn’t you know it, I rounded a rise and right here 100 yards out just loping along a big coyote. No chance of a shot or getting hid so we watched him run off too. Always one to see the good in a hunting situation Ronnie says at least you know where a lot of coyotes are. Thanks buddy that makes me feel real good, I know where they all are and still can’t kill one.
The wind was getting out of control, by noon it was 25-30 and calling a coyote was out of the question and since it’s our last day it appears I have been beaten yet again by the Tucumcari desert dogs.
Back in the jeep we went looking for Cory an antelope or anything really because in this wind I wasn’t sure anything would be out.
The radio said gusts to 50 at 3 PM and there were huge dust storms that would blow through and then it would rain, it may as well have been raining mud. At one point I took my shemagh that I use around my face and neck to keep the wind and sand away and held it up and I had to lean back to stand up. 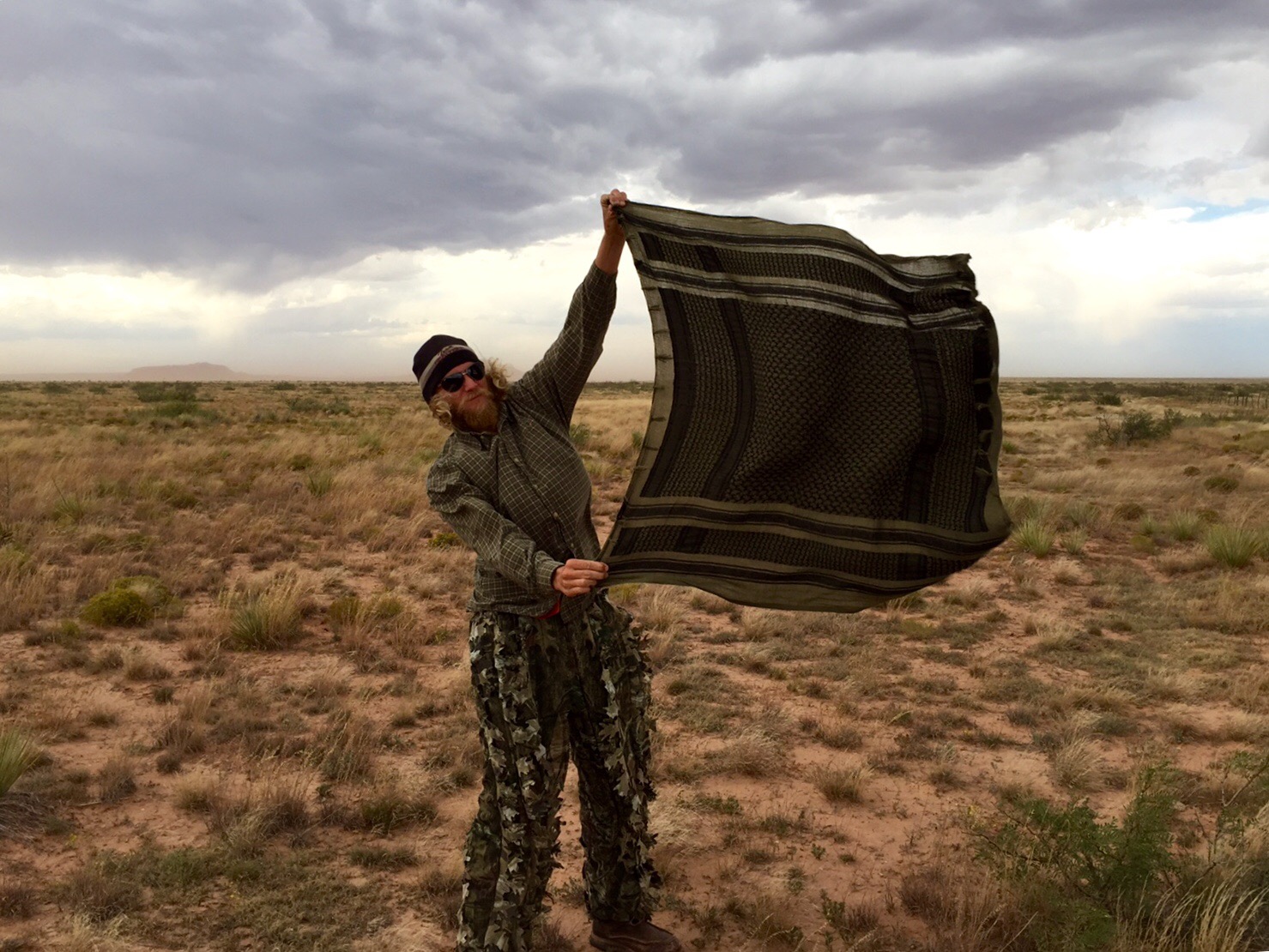 Tucumcari had gusts to 50 and according to the weather alert on the radio it was measured at 70+ between there and Amarillo. I don’t know how hard it was but it was the hardest I had been in.
Just at dark Hoss and Cory caught up to an antelope that Cory took in the last light of the season so we were relieved at that and all three tags had been filled. 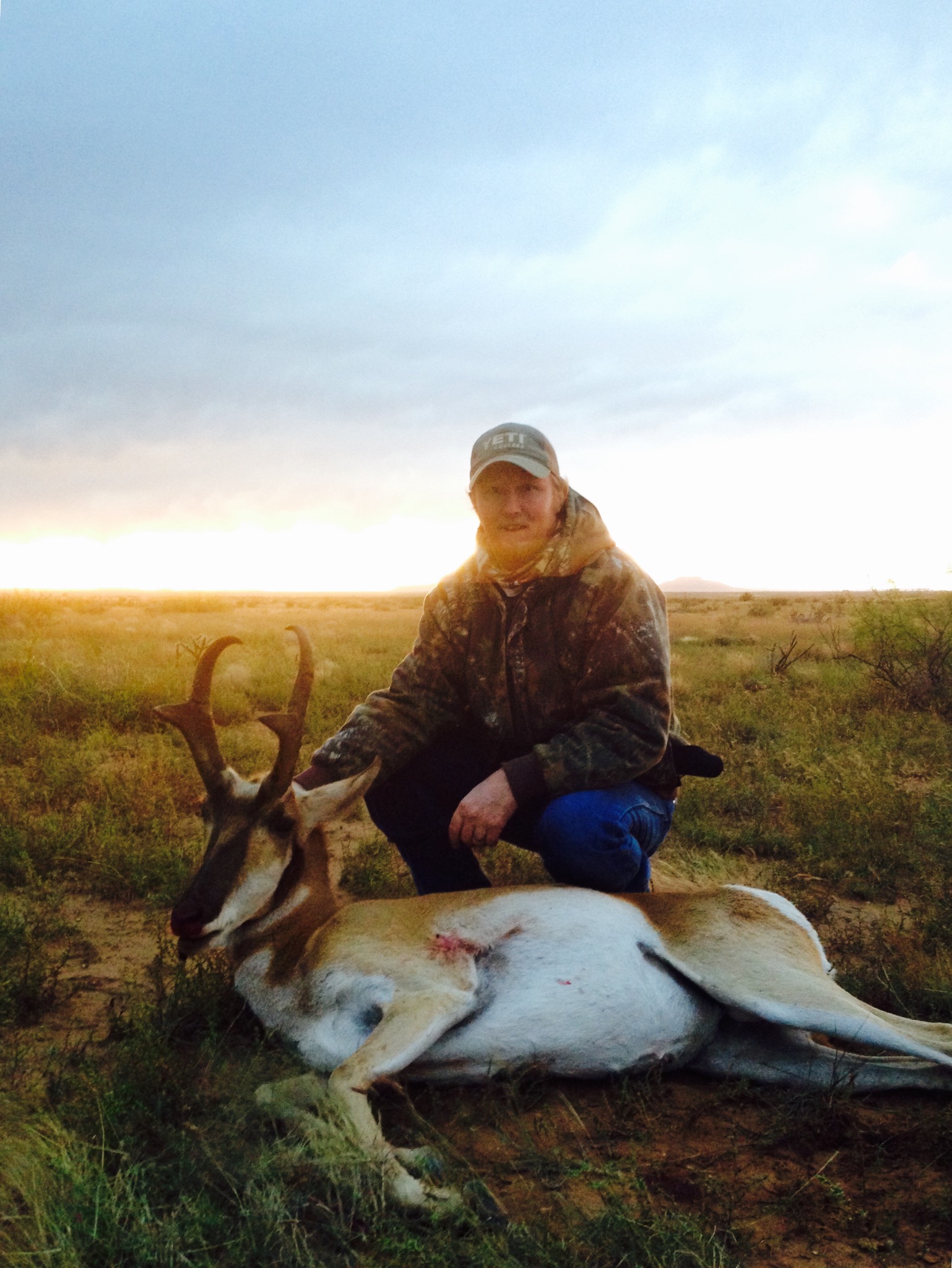 After a pretty cold job of skinning where I mostly just watched, I had supper cooked so we ate and got a few things ready for the ride home. I hate leaving but I can’t go to the next hunt if I don’t leave the last. Next morning we left after daylight and the Tucumcari trip of 2014 was over and all the coyotes laughed as I drove out of sight.
I stopped at the Cadillac Ranch outside Amarillo and took a few quick pics but because it was really wet and cold and windy I didn’t stay long. It’s a cool little place a guy buried some Cadillacs half in the ground and people stop for pics and paint things on the cars. Couldn’t get too close because of the mud. 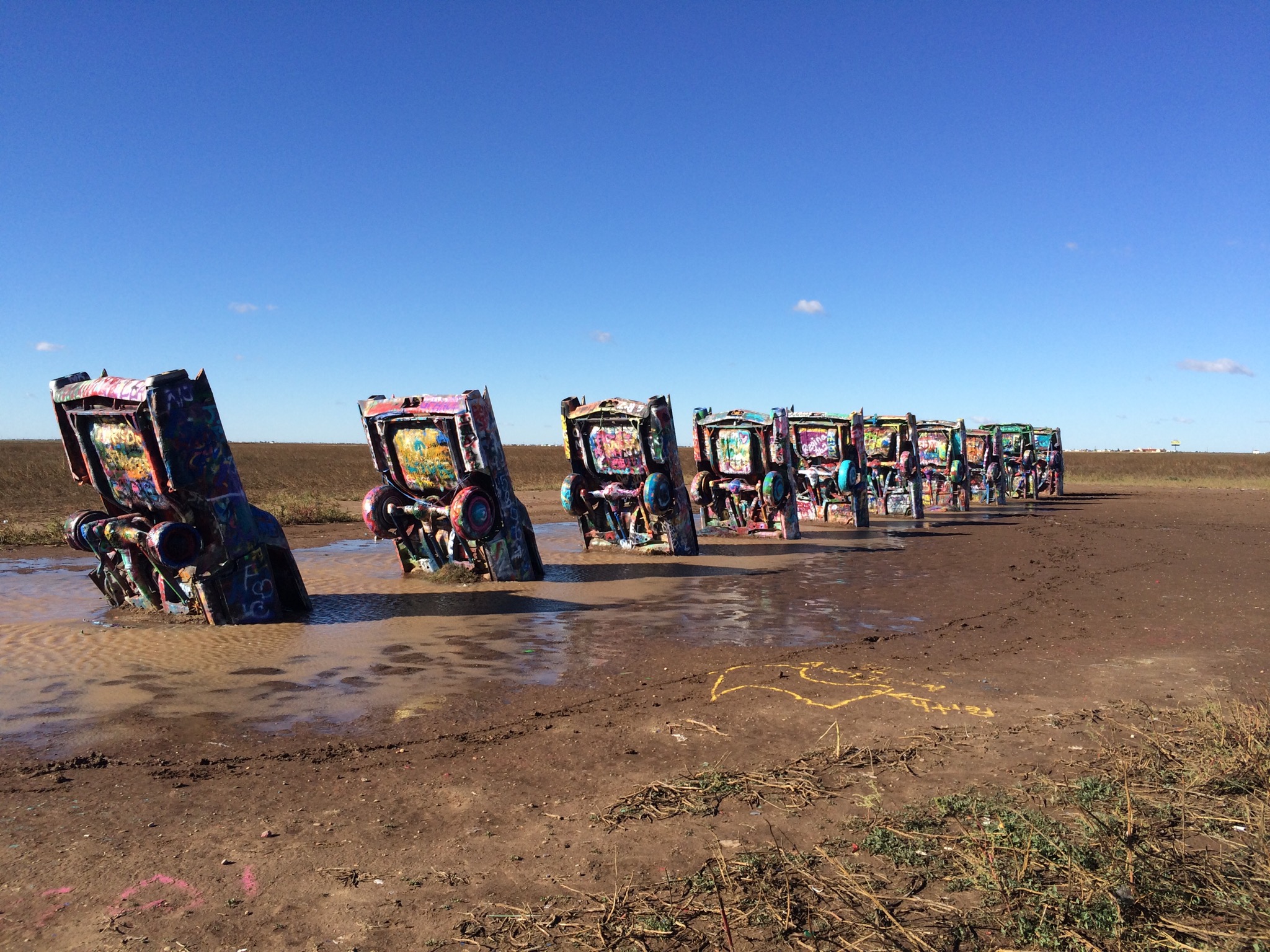 A few hours down the road I hit Dawson’s Family Restaurant in Childress and it was good. I would go back and I usually don’t have buffets but I would here again. 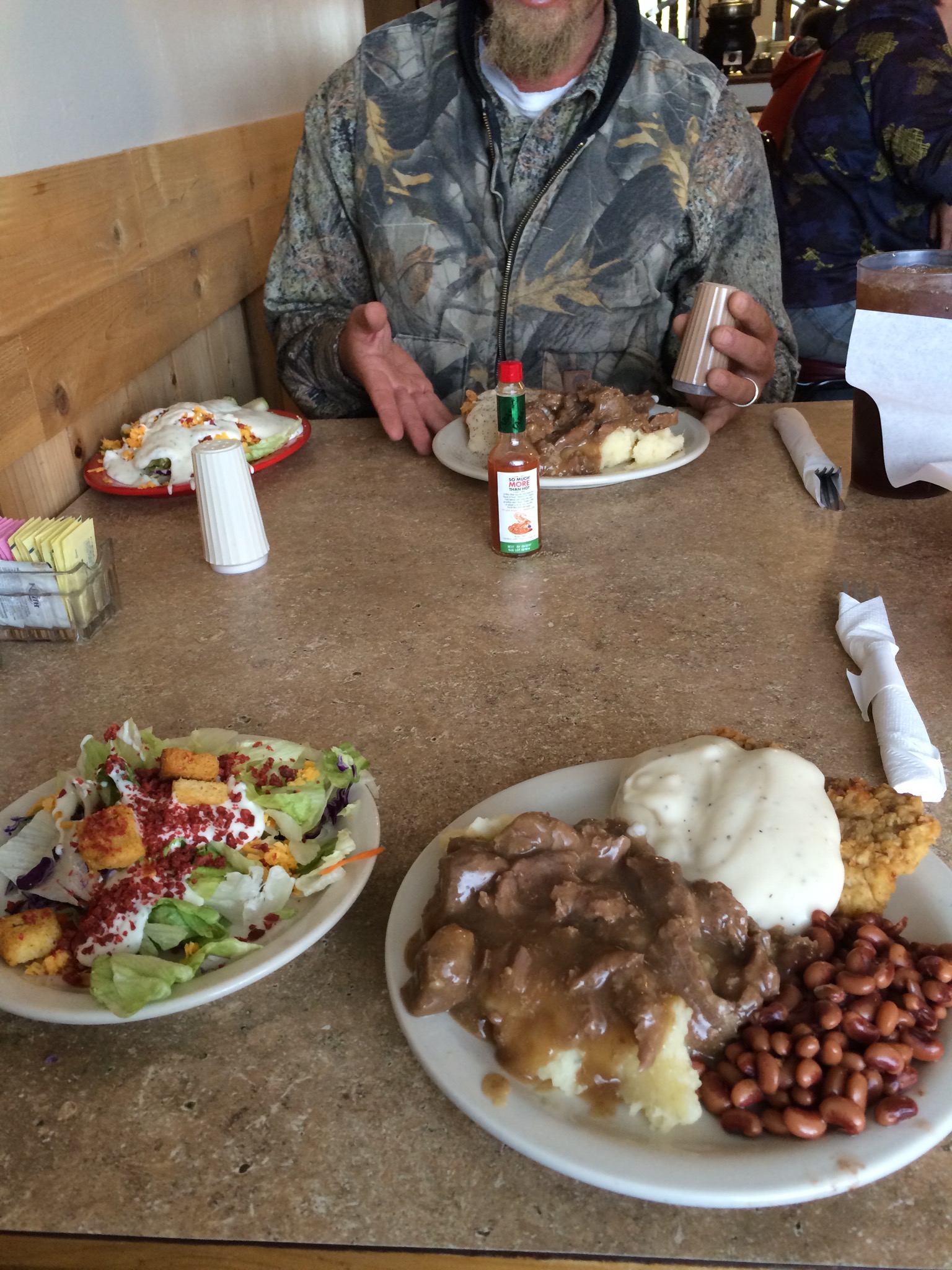 Everyone arrived safe and I was already thinking of hogs in Jack county before I got home.