It’s time again to go chase those speed goats through the desert and I couldn’t be more ready. I already missed one of my favorite trips of the year, going down to Mertzon and shooting does with my buddies in south Texas so I was fired up for this.
I couldn’t sleep so I laid there thinking about the mountains of coyotes I would kill and how all the antelope would be 17 inches tall with huge prongs until I finally had to get up and go, it was early but I needed coffee and a highway.
I got to Graham to get my cousin Ronnie who missed the trip last year but was as ready as I was for this year, we loaded gear and we were gone.
Next stop Witchita Falls Texas home of, well I don’t know what they’re famous for but our other cousin lives there so that’s enough for me.
All our moms are sisters and Ronnie hadn’t seen Shayne in years so it was nice to visit and see something I’ve never seen, hairless cats.
At the risk of sounding like I’m getting soft or losing some manliness I’ll show the cats, I’m only doing this for the ladies reading. Actually these creatures amazed me and they were calico too. The skin was smooth but had calico patterns, they were the coolest cats I’ve ever seen. 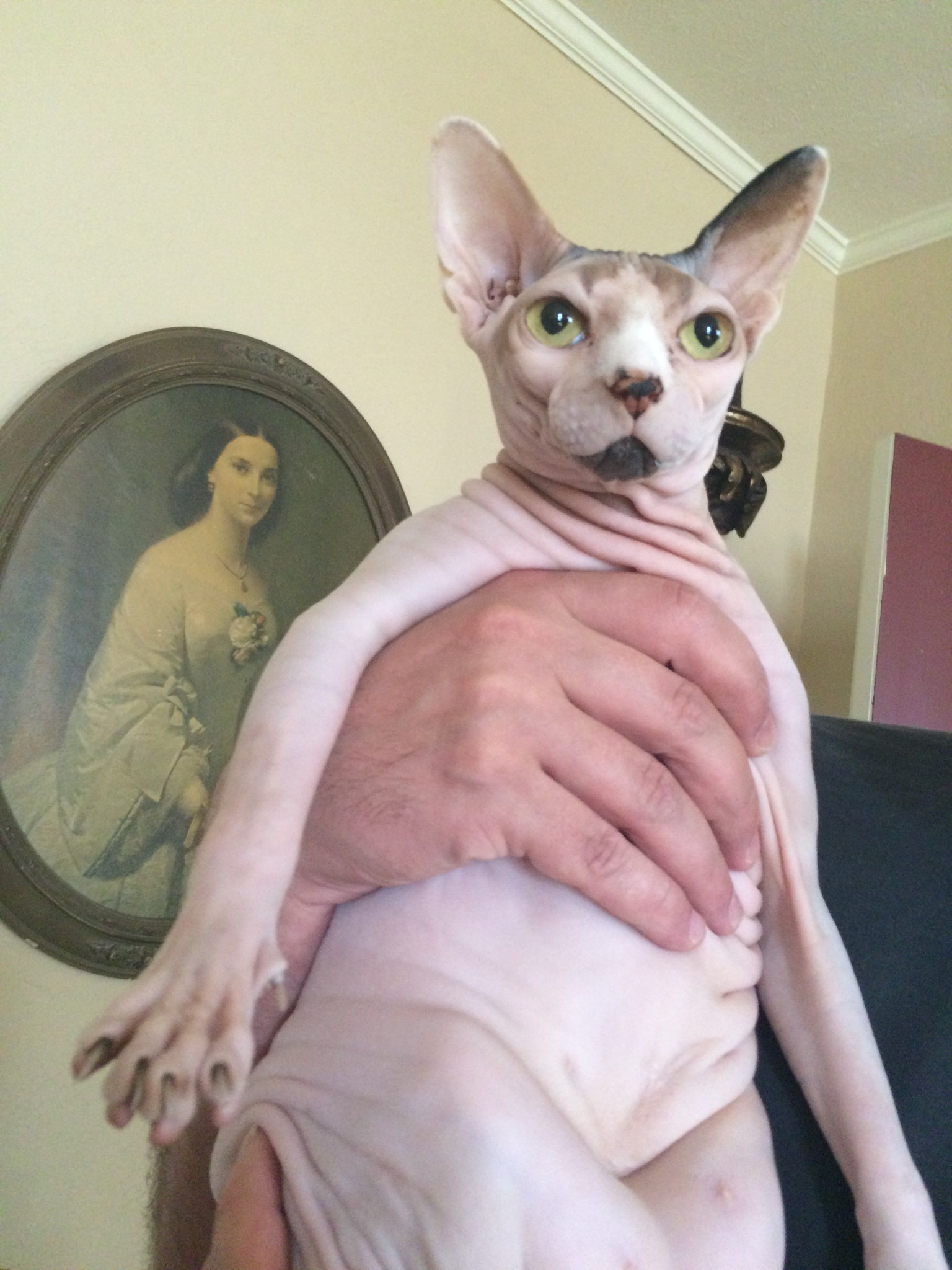 Back on the road and I’m starved, weird huh? I knew choices would be limited even for small cafes until Amarillo but I chanced it and came across “Lulus” in Chillicothe. I hate to say it but Lulus will likely not be around next time I’m in Chillicothe Texas. It was not bad but in a small town you gotta either open up because you love owning a cafe and not making money or be really special and Lulus was just ok. I know it hadn’t been there long because the old sign from when it was Campbell’s Cafe was leaning on the wall. Here’s LuLus new sign. 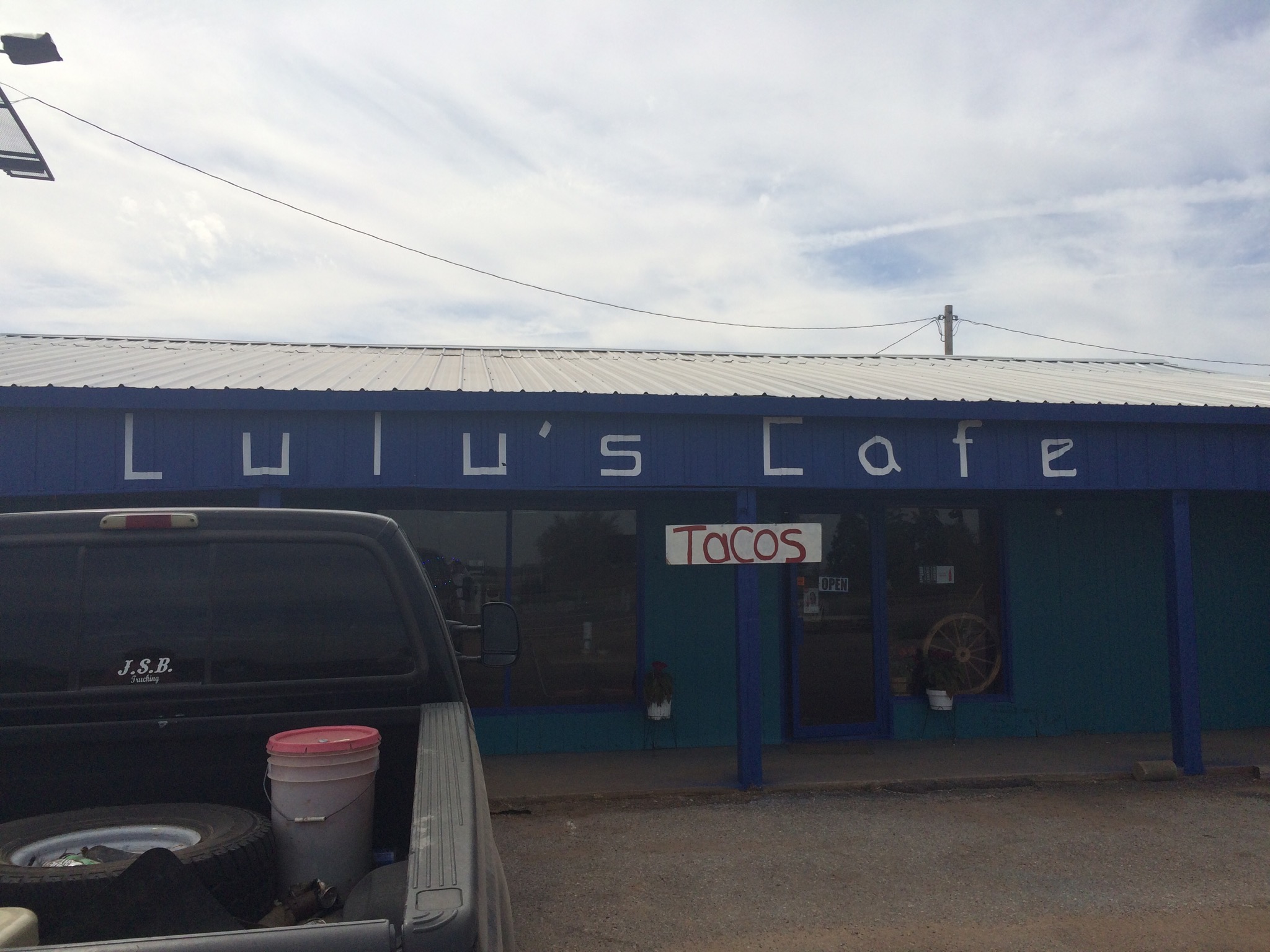 Let me explain how this went, it was great but I felt bad for the lady. We walk in she took our orders at the counter, she hung the order up in the window then walked around to the kitchen, she pulled the order down and made the food, sat the food in the window then walked around and picked it up and brought it to our table, good thing we weren’t there for the lunch crowd because Lulu would have been struggling. There were only two other people there so she was doing ok. 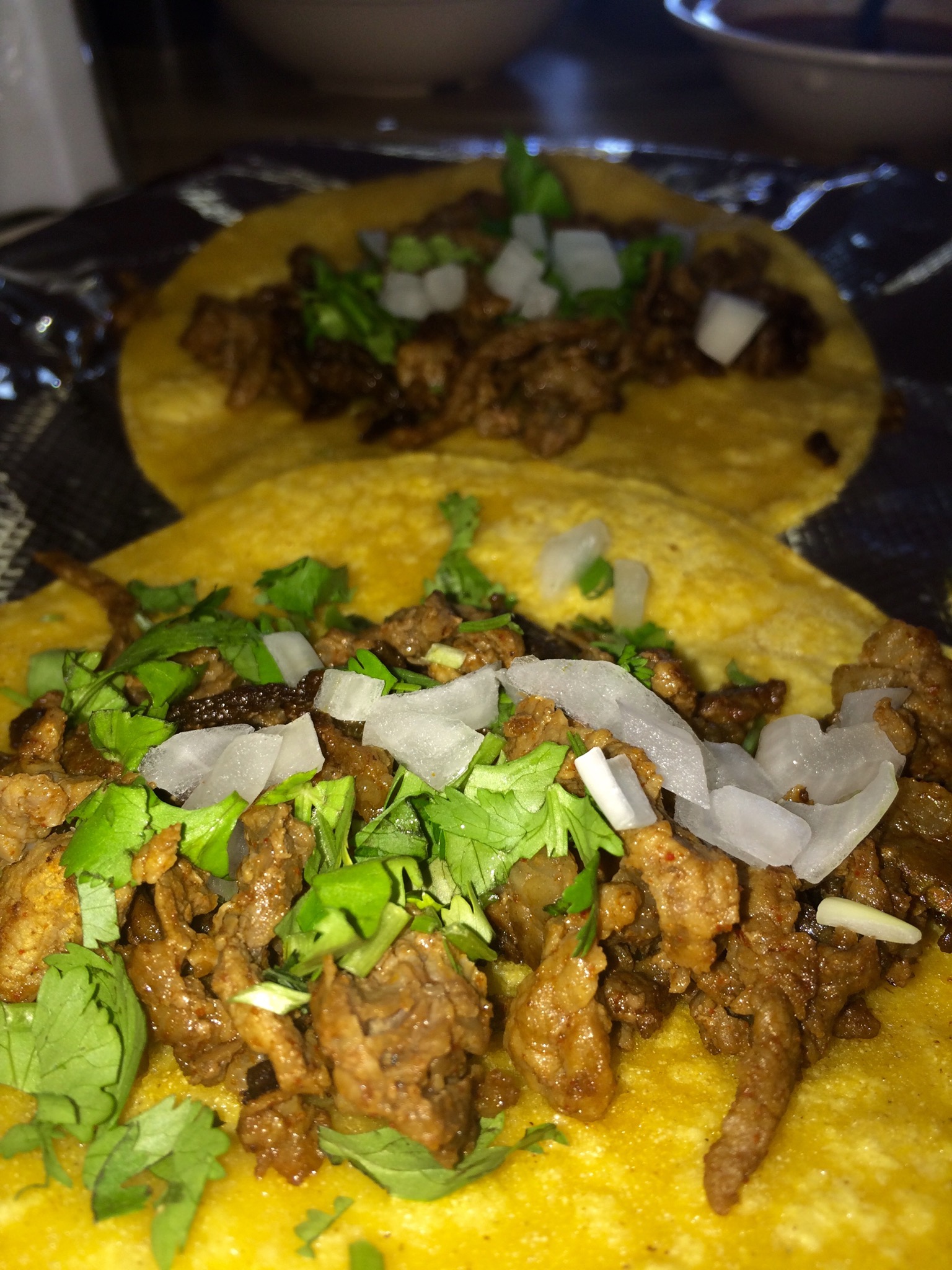 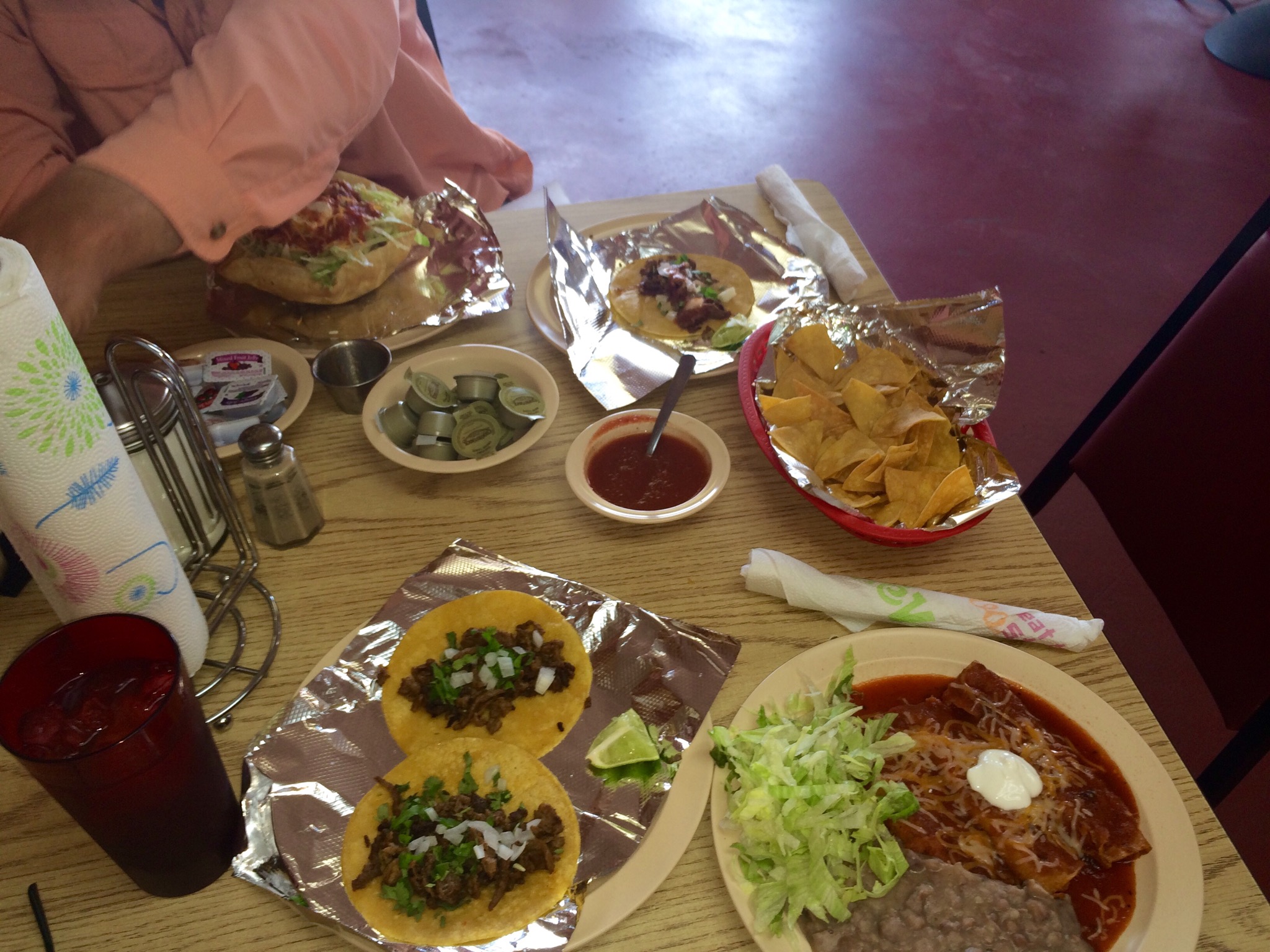 Back on the road we would stop at the big truck stop just inside the state line and go through the car museum like we always do. This is a cool little place full of old cars and memorabilia from the old days. The whole crew was there, Marilyn Monroe, Elvis, James Dean, all the cool kids. It’s a nice place to see and stretch your legs. 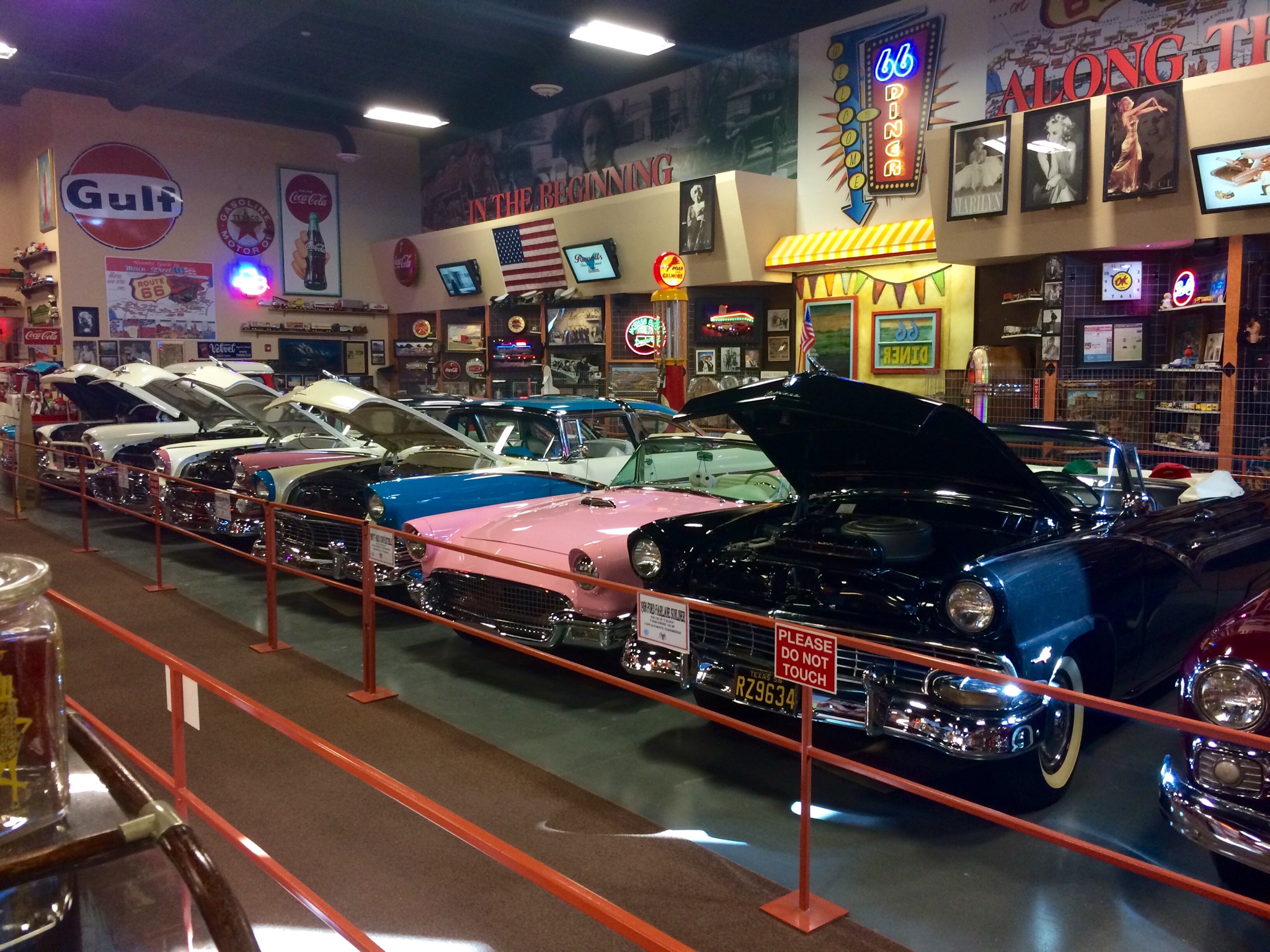 I think I would be a cool cat with this firebird and maybe a denim jacket with a Rolling Stones T-shirt. 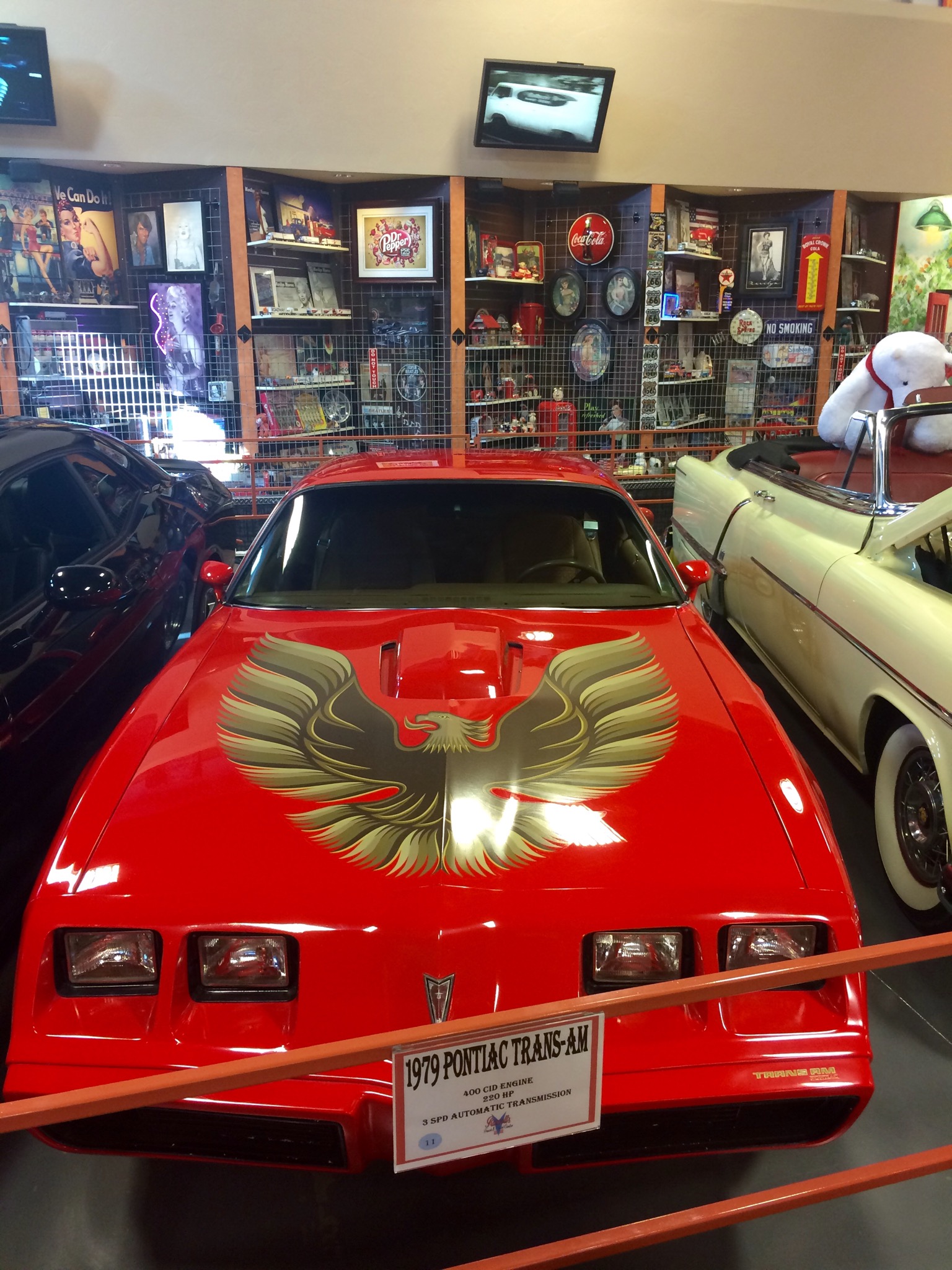 As much as I wanted to stick around we had things to do and we fueled up and headed west again.
I was hungry again and the famous Route 66 is the Main Street of Tucumcari, what better place to drive down and find a cafe? I’m not gonna act like I understand the Route 66 thing and buy shirts that say it Im just gonna tell you that I found a cafe there to eat at. Rockin Ys Roadhouse, little place with about everything and again we happened in at a time that there were more waitresses than customers. I’m not sure what this means but it makes for good service. 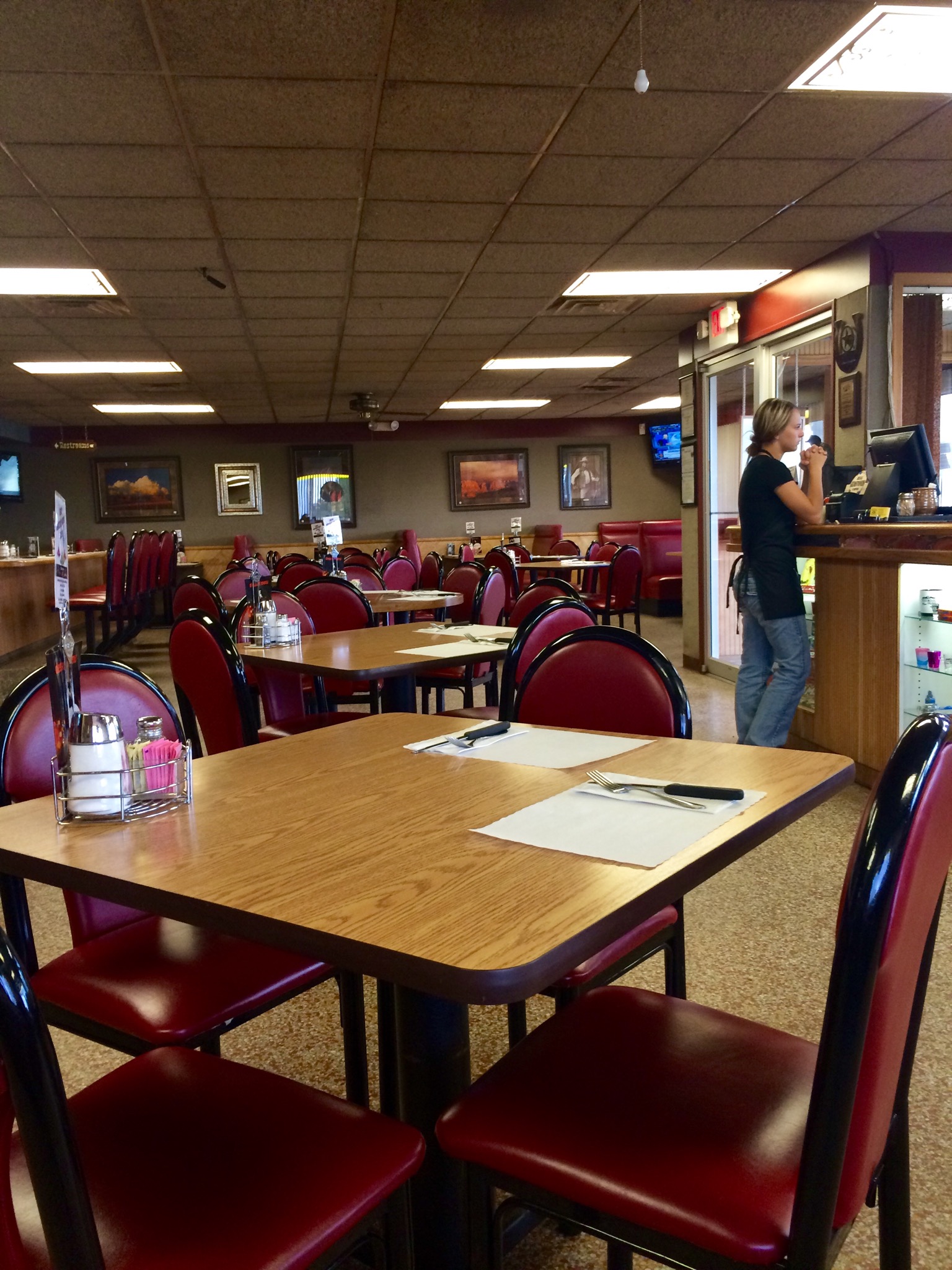 I usually stay away from brisket outside of Texas but it smelled great so I had it. Ronnie had a chipotle burger that I immediately wished I’d ordered when I seen it. Over all good little cafe with nice waitresses that were mostly bored I’m sure but kept our glasses full. 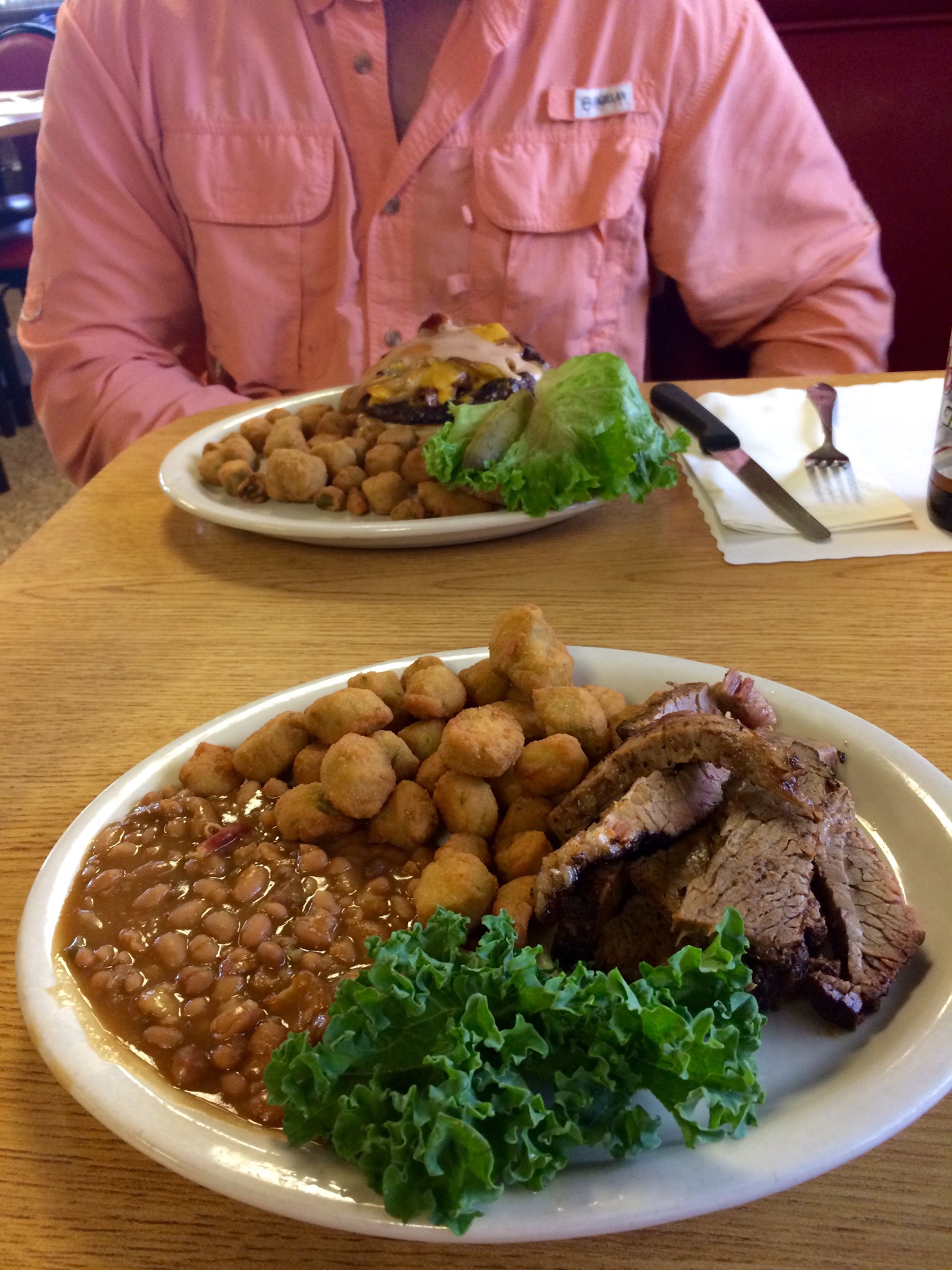 We got to the house before dark and were greeted by this guy. 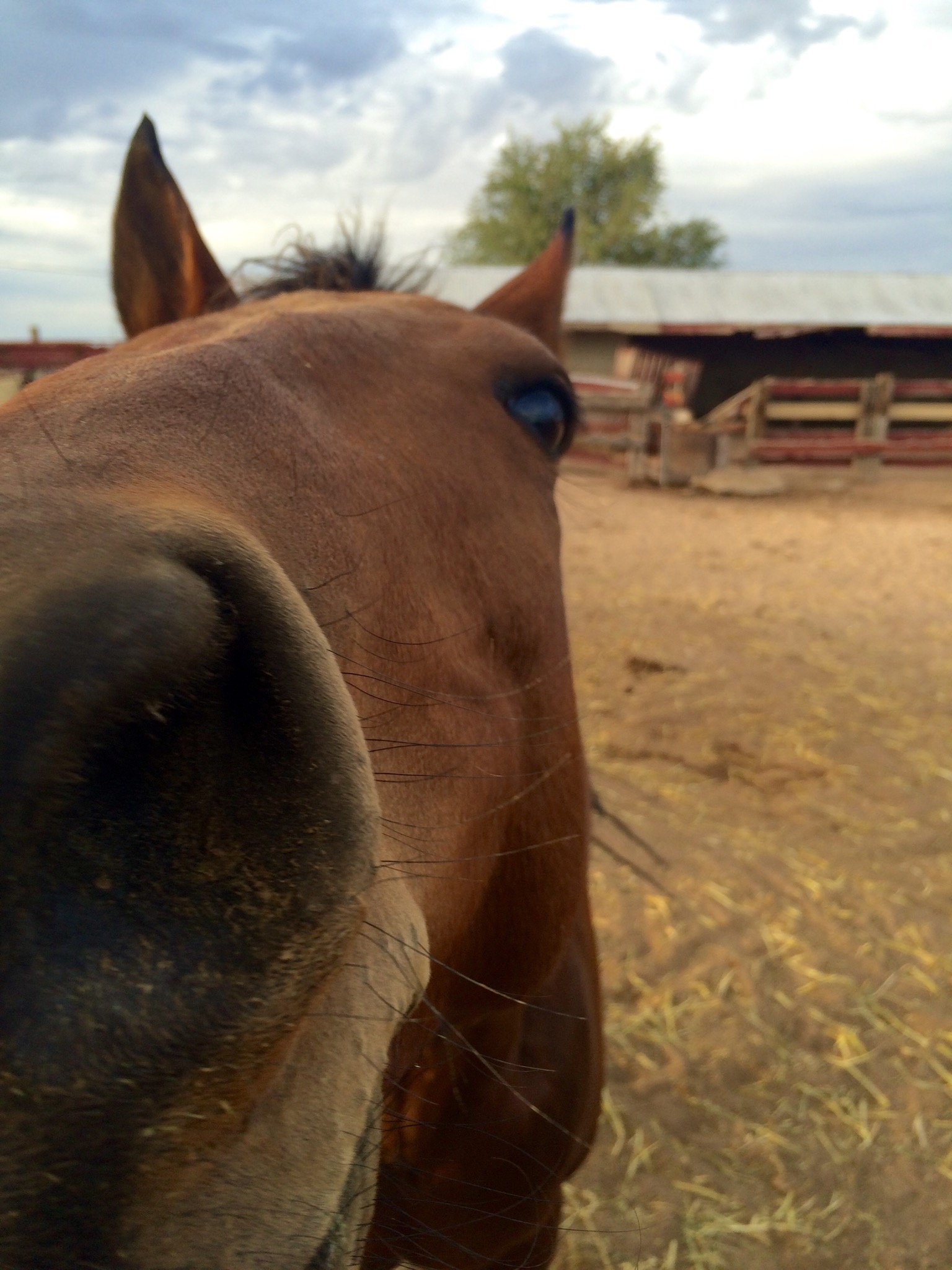 The sun set on us looking at the Mesa and feeling like I was in an old western. Day two will be chasing coyotes and scouting antelope. If you read this site or know me you know I have a Tucumcari coyote curse but I’m looking to break that. 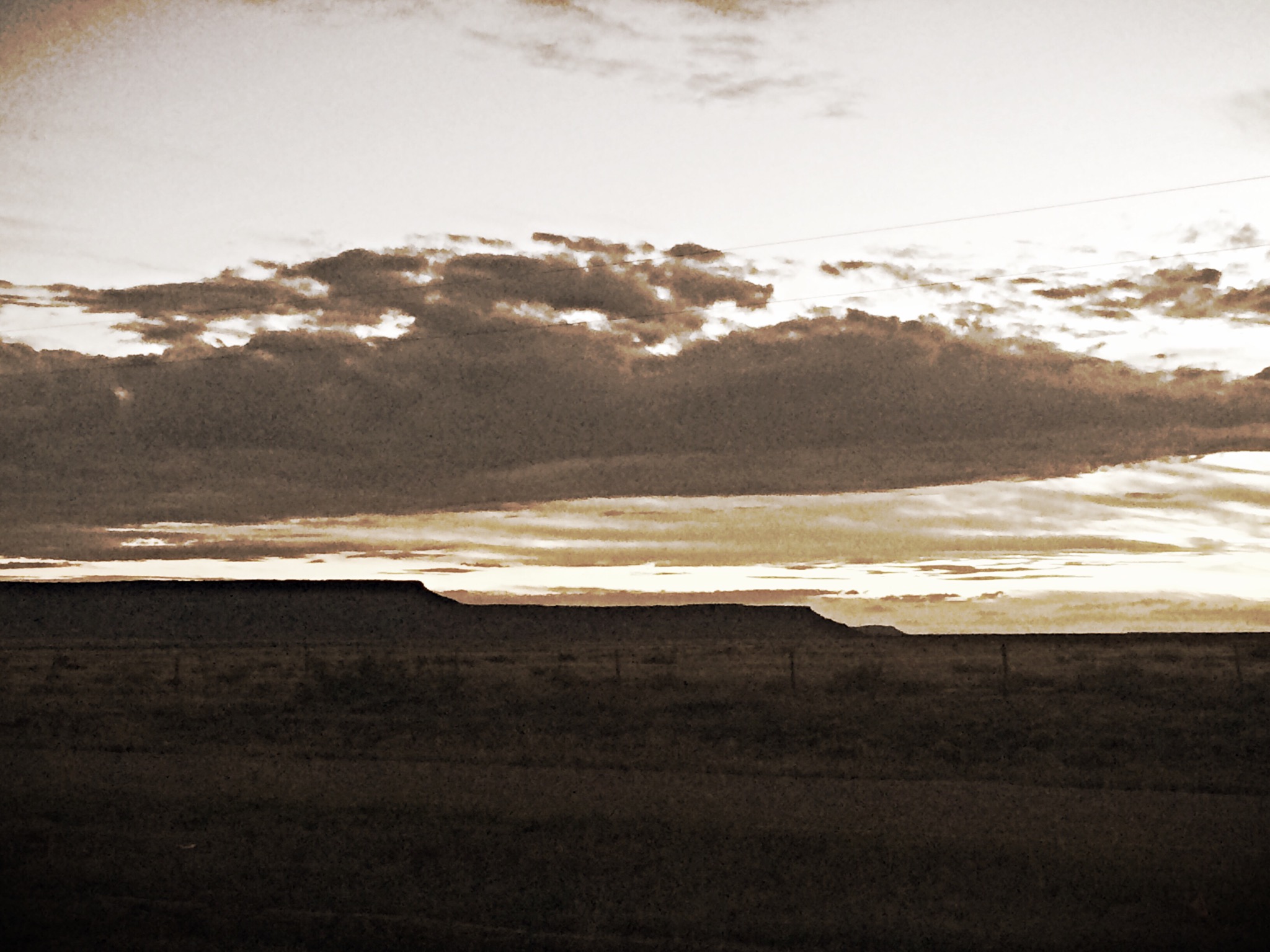