Trying to Beat the Heat

As most know it gets brutal in Texas in summer. We have been lucky this year so far with temps still not at 100 constantly, but what’s the difference really when its 95 or 100 its still a beating. I had work to do on some stands and fence so I gathered some help and got a little work out of them with promises of some fishing in a nice cool river.
In the hottest part of summer I worry more about staying cool than catching tons of keeper fish so any fishing I can do in the water and swim too is perfect. I knew just the spot for both so we spent a few hours one night catching grass hoppers. I may write a whole post on just grass hopper fishing later but for now I’ll just hit the high lights. We only catch them at night and only use the big yellow ones. We had our cages full and would leave at daylight for the river.
The best place I know is below the Possum Kingdom lake dam for cool clear water. I’ve fished this area my entire child hood and we always catch something, usually small but I don’t care I’m not there to fill the freezer, I’m there to be fishing and not be hot. 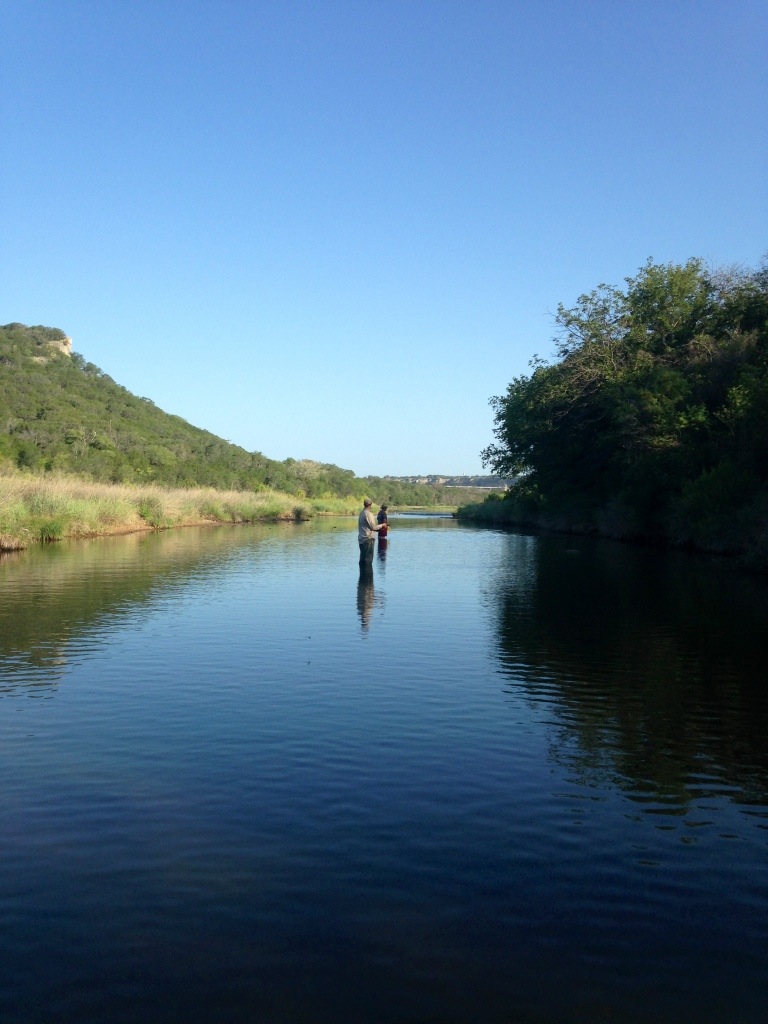 When wading and fishing with grasshoppers its hard sometimes toting a big cage full of hoppers around so I make these little “hopper holders”, its just a small wire with each end ran into a slip bobber to hold the ends and I string the hoppers up the wire and run the wire through a loop on my pants. You may get some funny looks but you have your bait handy without carrying a big cage around. 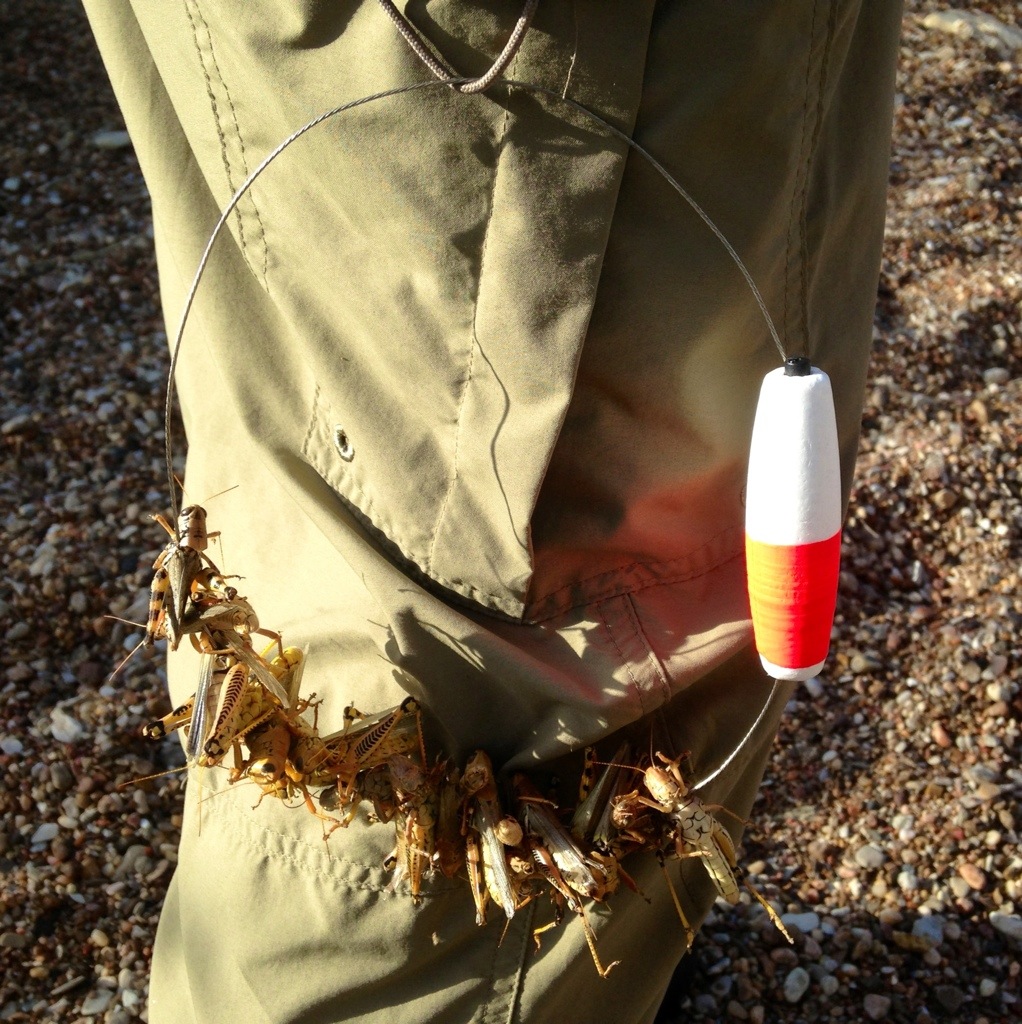 All it takes is a small spinning set up, a 2/0 bait holder hook, a small slip bobber and a grasshopper, and you can catch every species of fish in the river. In about four hours we caught channel cat, big blue gils, spotted bass, large mouth bass, a sunfish that my grandpa used to call a war mouth when I was a kid, I don’t know if that’s the real name but PawPaw said it was so that’s what it is too me. I have even caught carp on hoppers but the only one I hooked on this trip ran right at my feet and I couldn’t keep up the slack and he came lose. I think between three of us we caught 30+ fish and I’d say half were channel cat but only a couple would have made a meal. 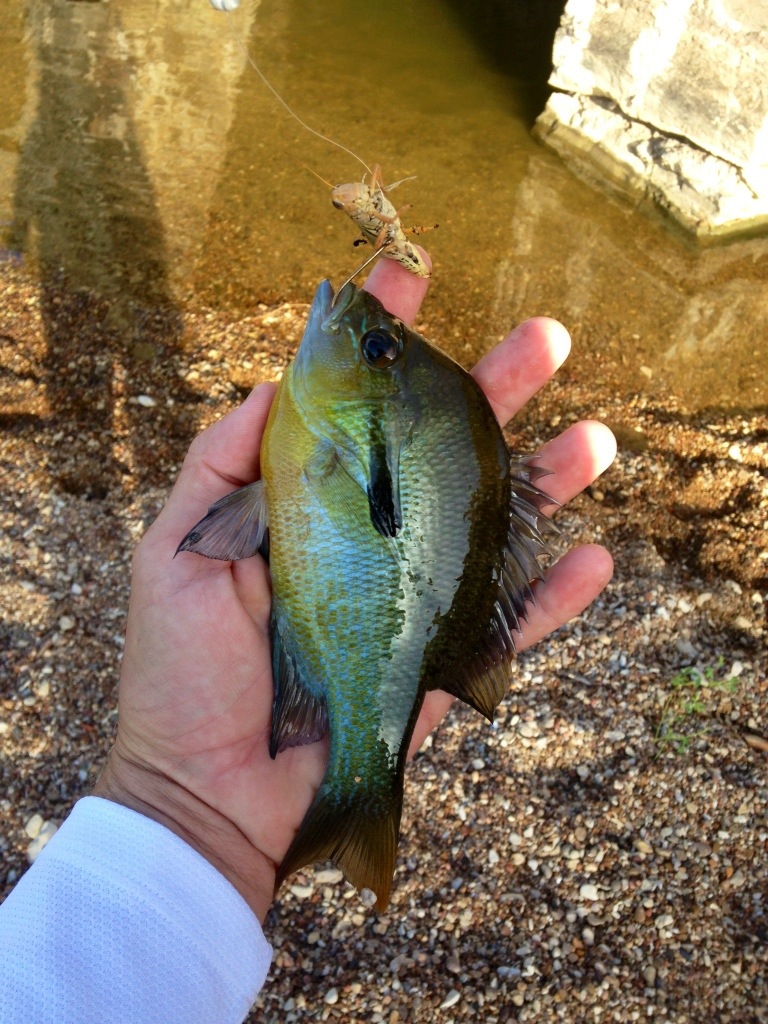 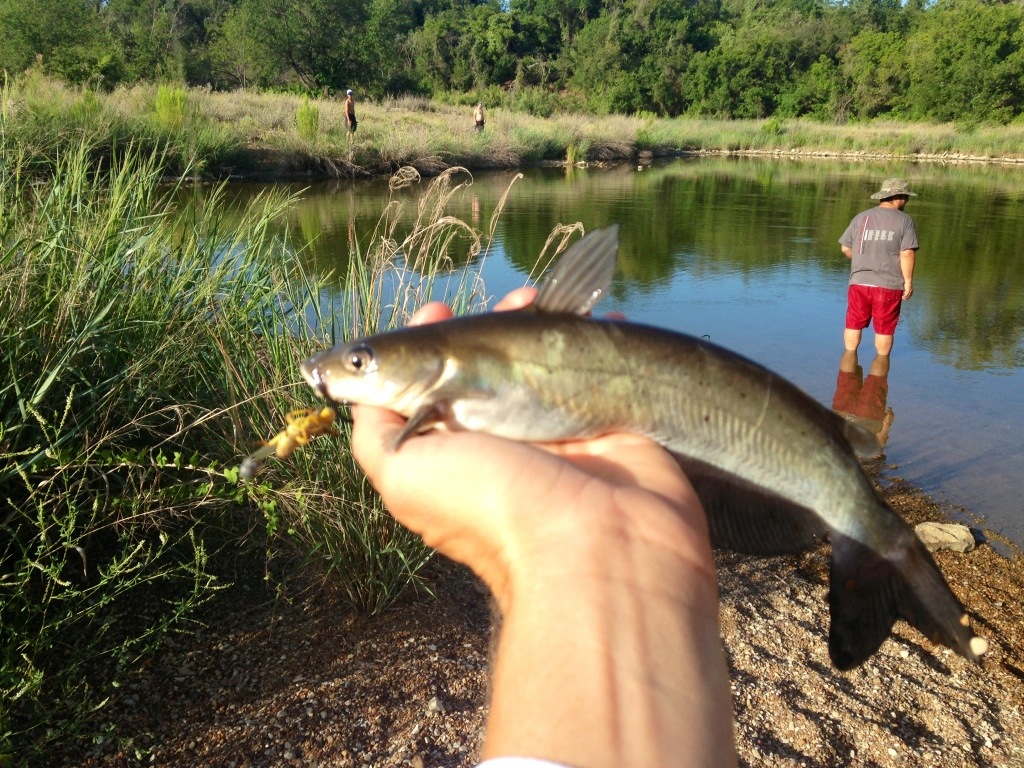 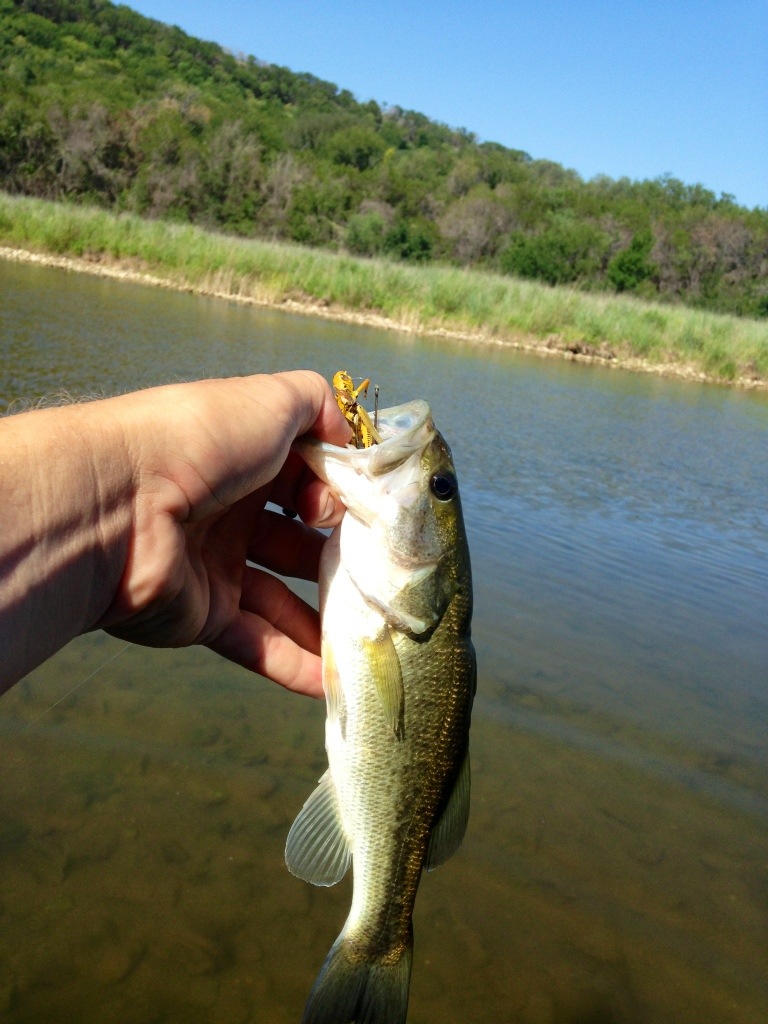 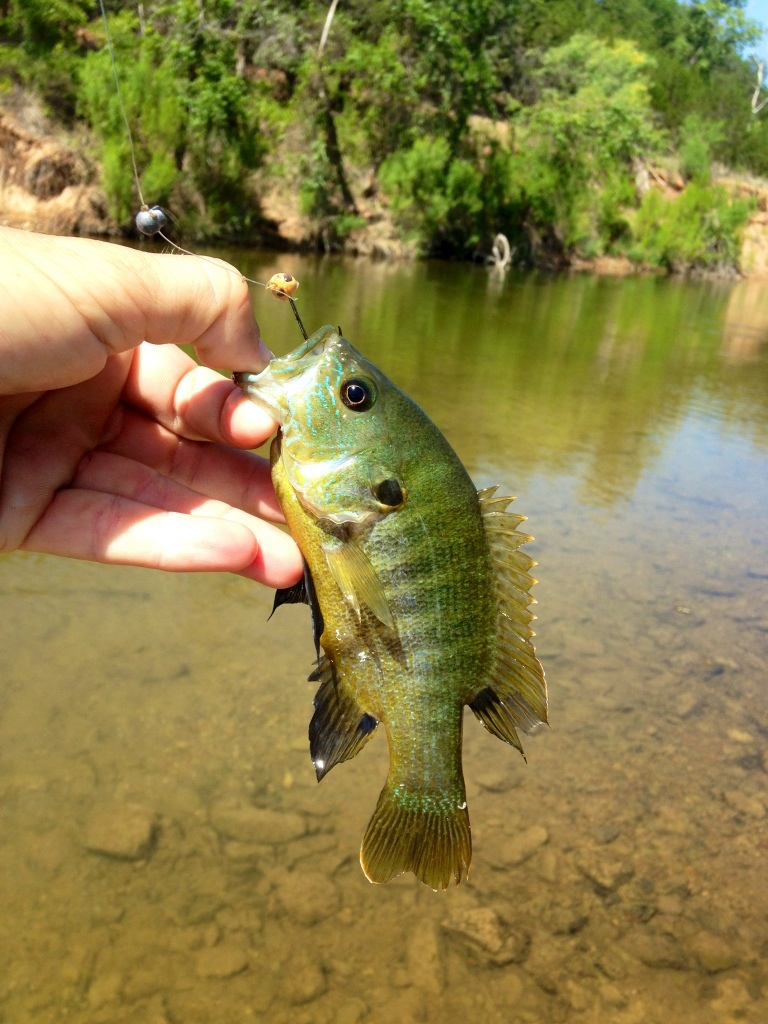 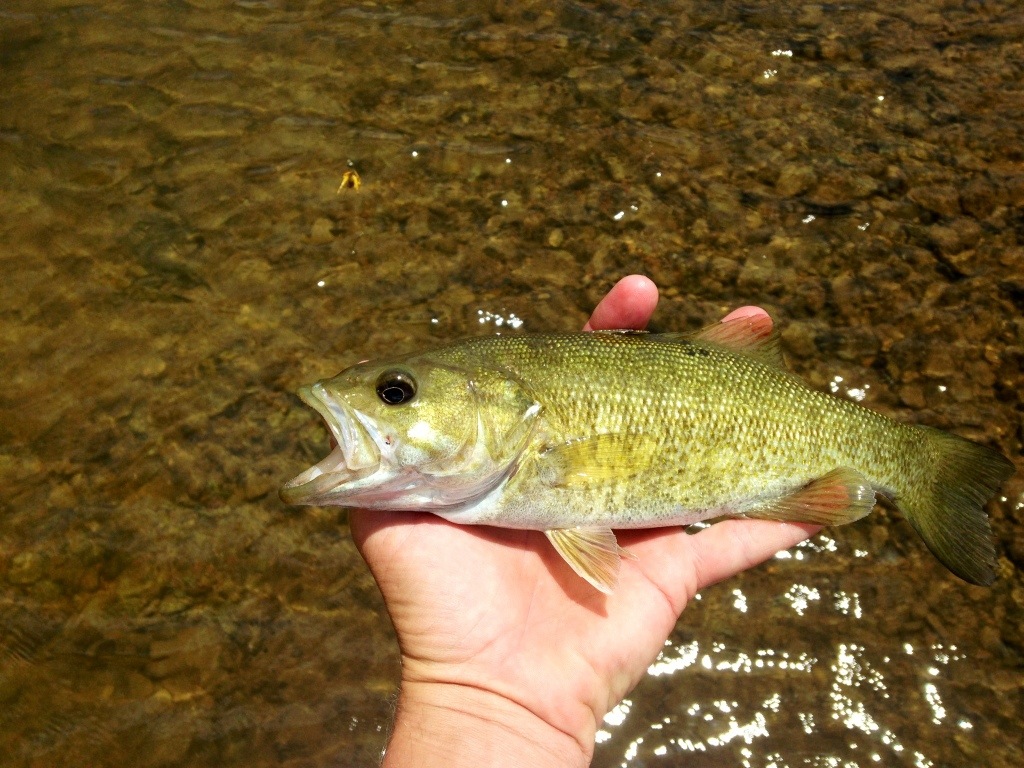 You will bump into a few snakes and have to be careful on the rocks but this is one of my favorite ways to fish. When it gets too hot just sit down or take a swim. 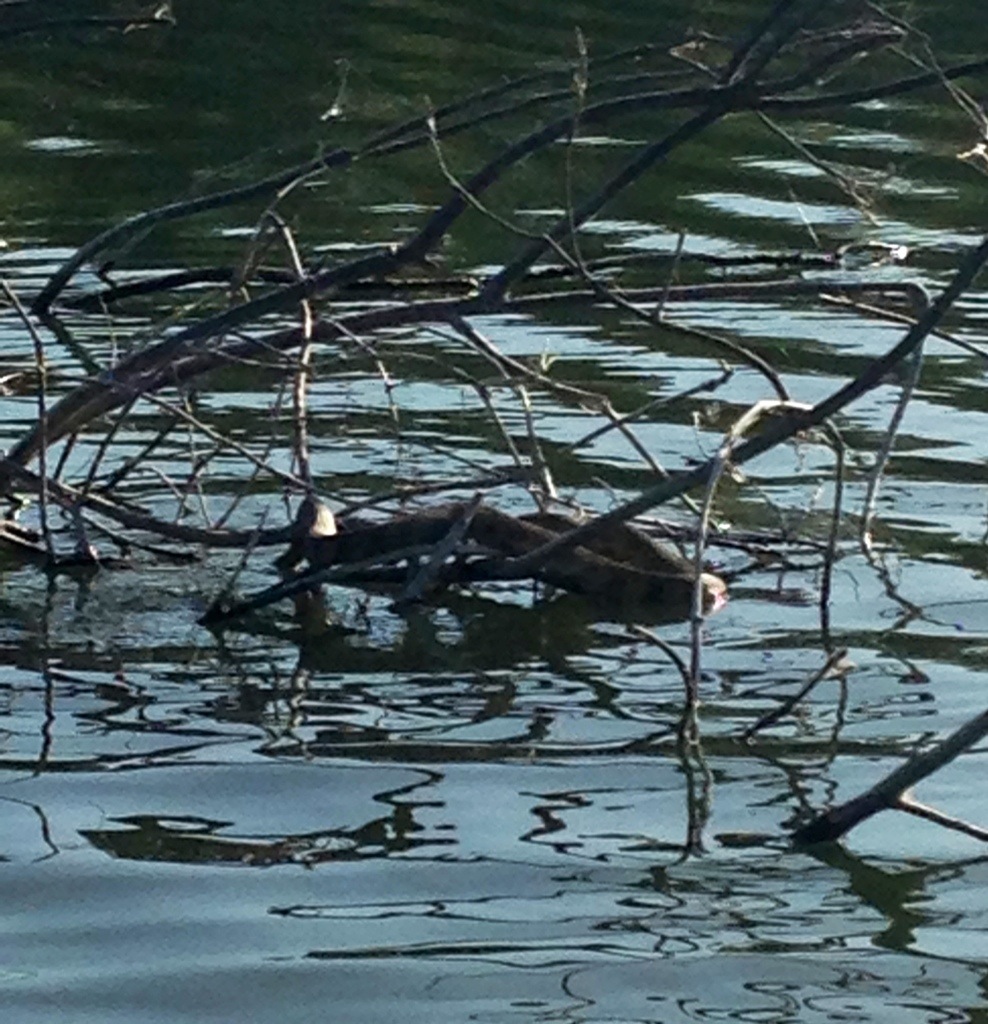 The scenery along the river is nice too. The wives even came out later with the kids and everybody swam and walked around in the river. 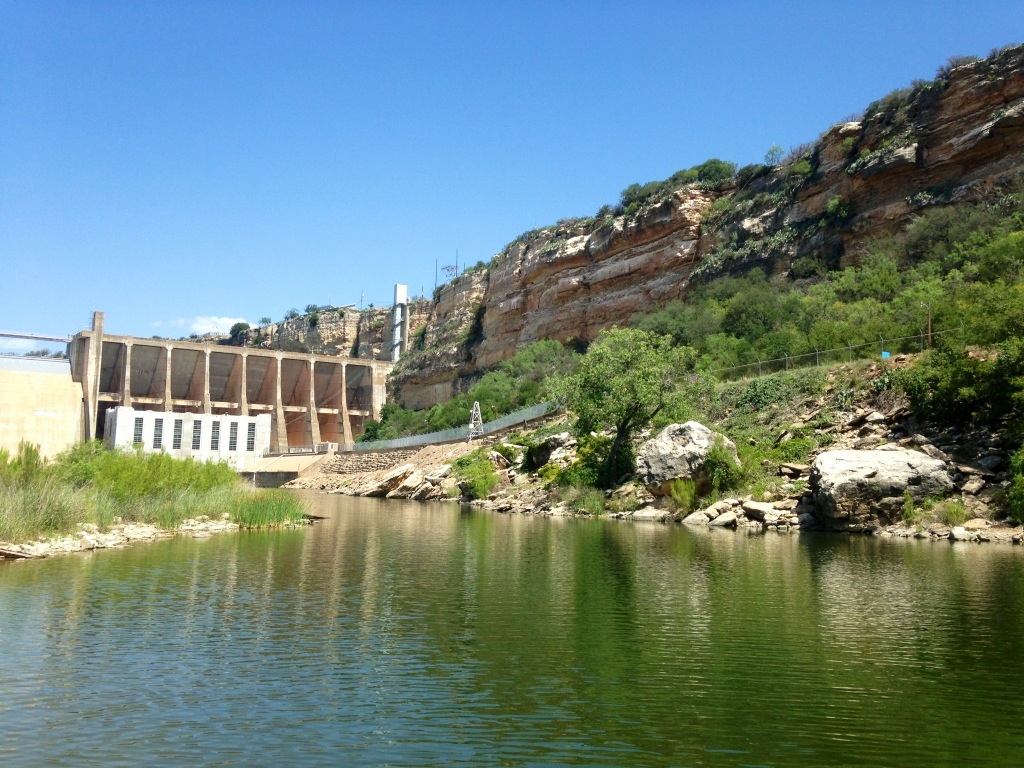 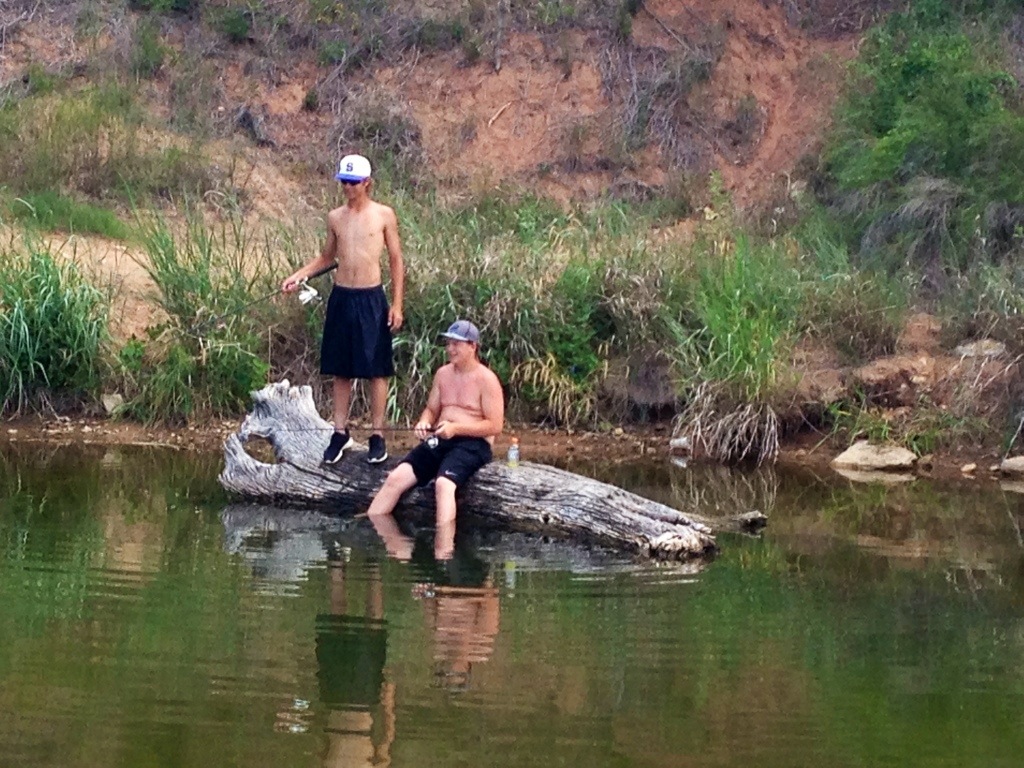 Beings we were this close to Strawn and its sort of on the way back I decided to go up to Mary’s and have a chicken fry after we fished. Mary’s is a place that every person that’s not from Texas that ask what a chicken fried steak is should go to. I’ve hunted and fished all over and am always surprised at the people that don’t know what it is. These poor poor people haven’t been eating right their whole lives. Everything at Mary’s is huge. The burger is over a pound, the small chicken fry is big as a plate, the plate of chicken liver is more than two people can eat, if you leave Mary’s hungry its your fault. I had the medium sized chicken fry with some of the best gravy there is and its a handful. Alex had frog legs and he finished but this guy can eat a lot of frog legs and it took him a little bit to get it down. 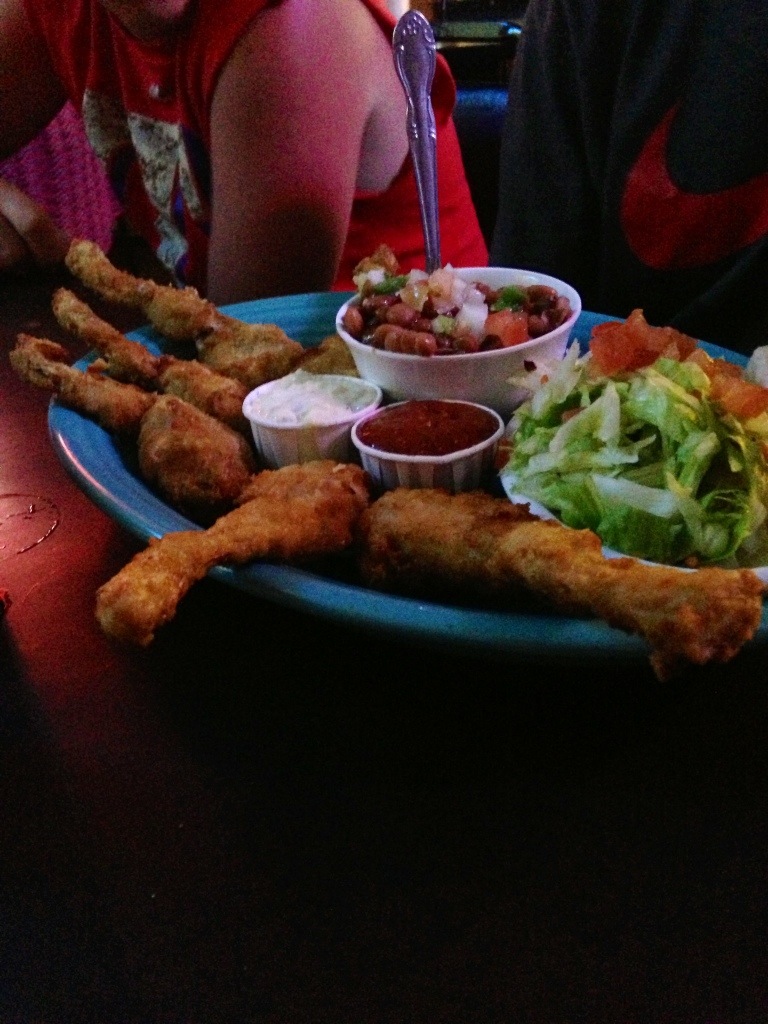 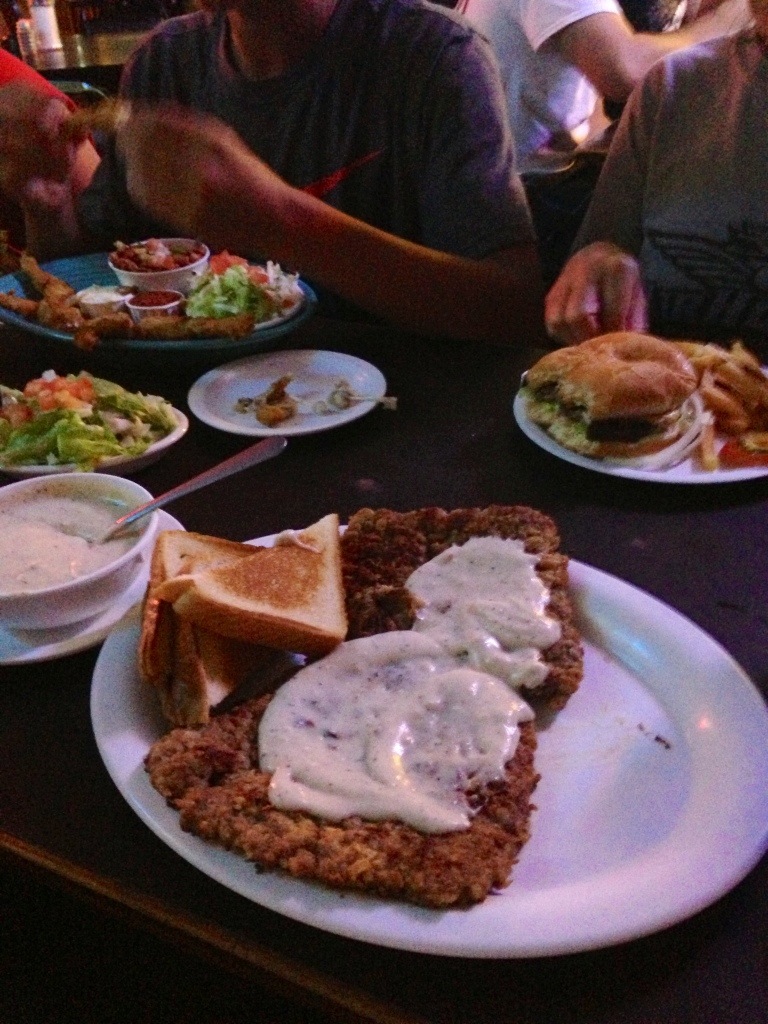 The chicken fry comes on its own plate but you get salad, potatoes, and toast also. I was wore out from building fence and walking the river and now I’m full of chicken fried steak so the drive home was a struggle but I’d do it again tomorrow if I could. If you want to hunt and fish and be outside no matter the weather you can figure out a way. Think of all the people that stay inside sucking up their AC when they could be belly deep in the Brazos River with a pretty little spotted channel cat on their line and a back drop of cliffs and blue skies, that’s a shame of you ask me.