It wasn’t the start I hoped for but baseball got in the way and we missed the morning hunt. After a stop for food and gas we got to camp at 10:00 AM. I had a big crew with me Saturday. My friend Steve needed firewood and I figured his son Aaron needed to catch a fish so he came along and Alex and Braden came because I tricked them into thinking they were gonna get to do a lot of hunting but first we had a chord of wood to cut, I left that part out when I told them we were going hunting.
Between five of us, me running the saw and the splitter and them on the stacking and loading duties we knocked it out in short order. 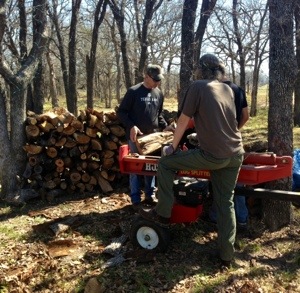 After that we went to do some fishing in what little water we have left in our tanks. Everybody caught something even though most were little but no kids played a video game or watched TV the whole time so it was a success. 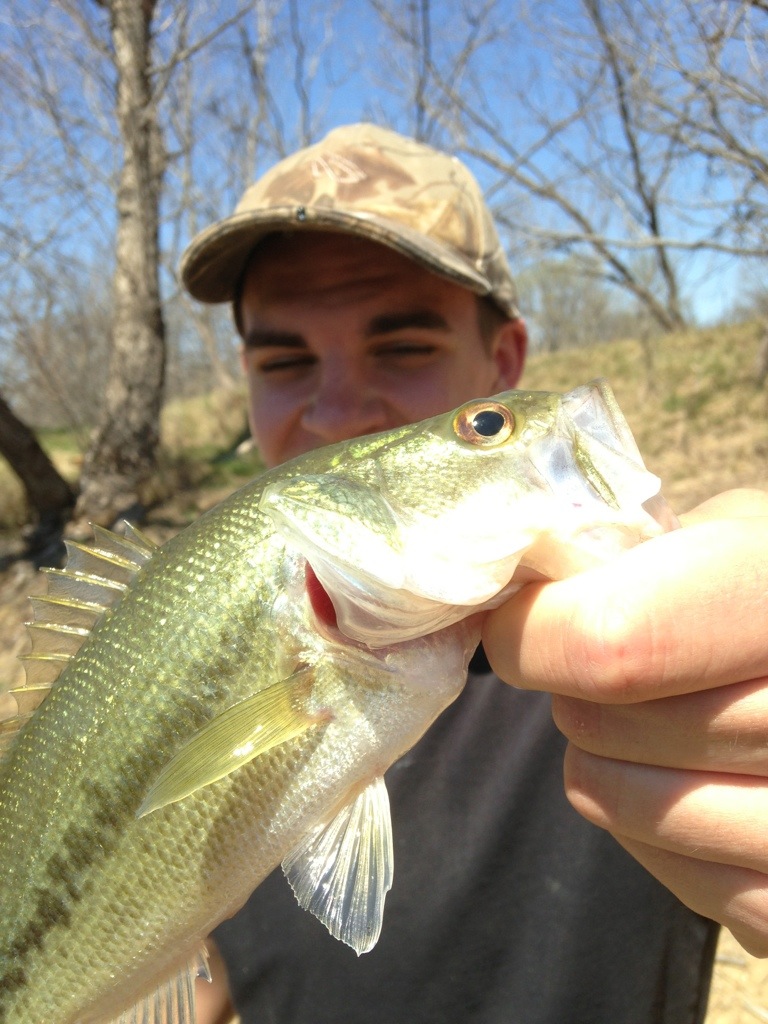 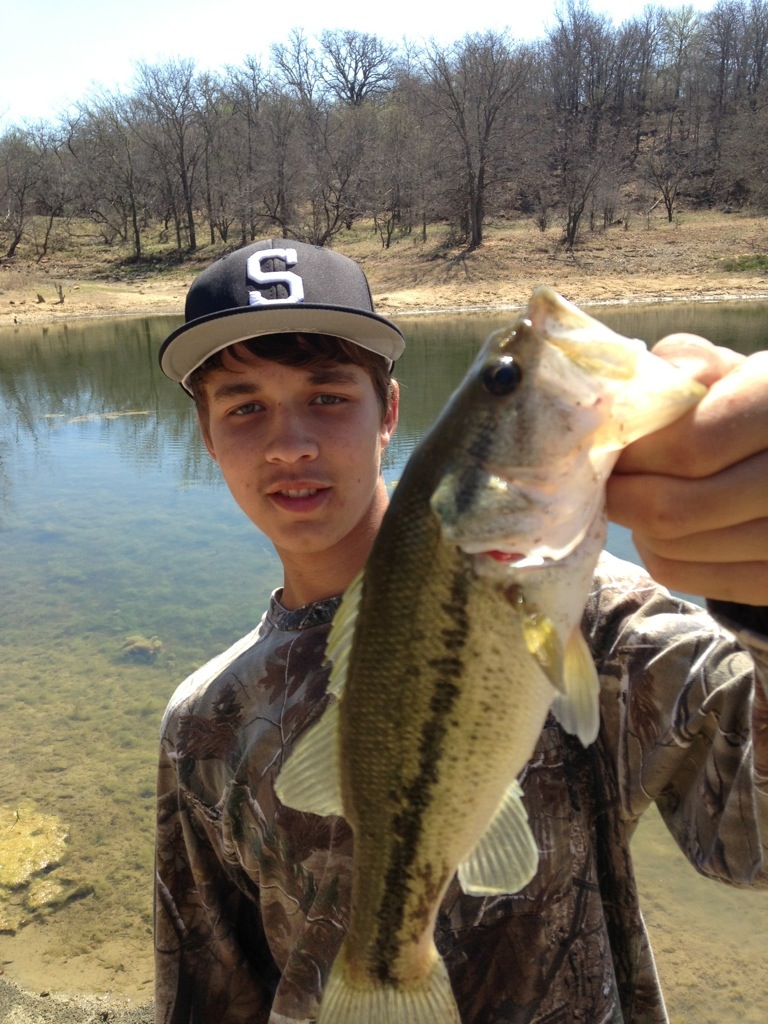 Alex with a decent little bass. 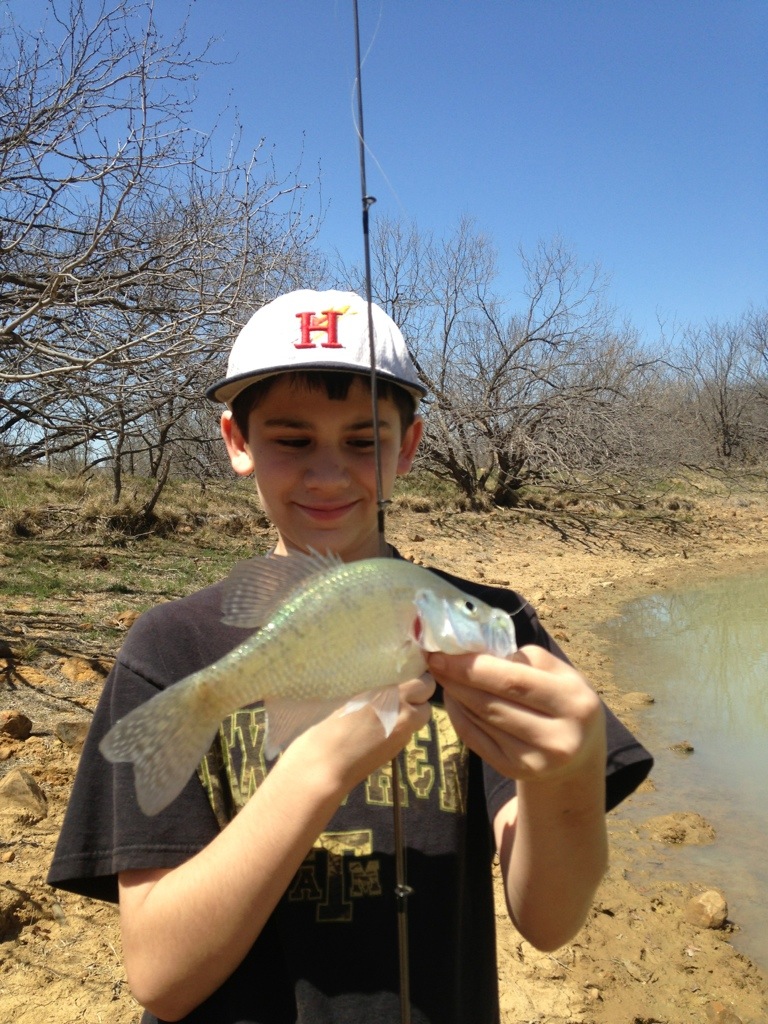 Aaron with a crappie.

Now I said no kids played any video games and they didn’t but apparently when you’re 16 everything you do has to be posted somewhere so there were a lot of “selfies” taken. I laughed at the boys for this telling them it was for girls but they said no. Anyway when I caught the biggest fish of the day and strutted around like a spring time turkey and taunted them with phrases like, ” your 2014 Bass Master Champion of the world, Chris Cook”, then pulled the fish out of the water real high like Kevin Van Dam, they wouldn’t take my picture for me. I had to do what I said I never would do and I took a “selfie” of my fish. This brought big laughs from the crowd as I apparently did it all wrong but whatever. My fish was bigger they suck at fishing and they were bitter. 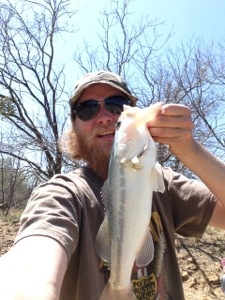 We ended the day looking for turkeys and Alex and Braden found some hens and I didn’t see anything but a coyote and a couple deer. Sunday morning Alex went to hunt a feeder and Braden and I decided to do some running and gunning. We did a lot of running but no gunning. Turkeys can be hard to figure sometimes and Sunday was one of those days. Alex had a big gobbler strutting around he couldn’t get a shot at and at one point I was calling close enough to him that I know he heard the call but he didn’t care anything about it. Me and Braden walked a couple miles calling all along the way but a few deer and some ducks was all we could find.

We are in one of the worst droughts in history and I let Alex drive my Cruiser for five minutes and he some how gets it covered in mud. Its ok, nothing wrong with letting the boys go raise some hell in the mud. 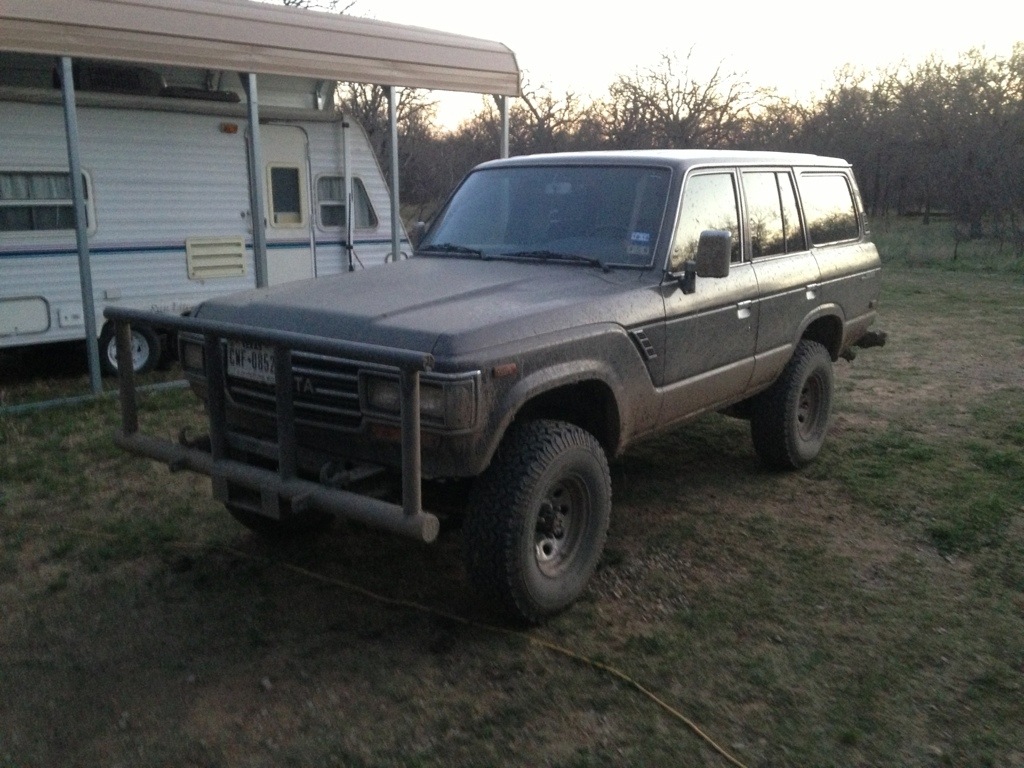 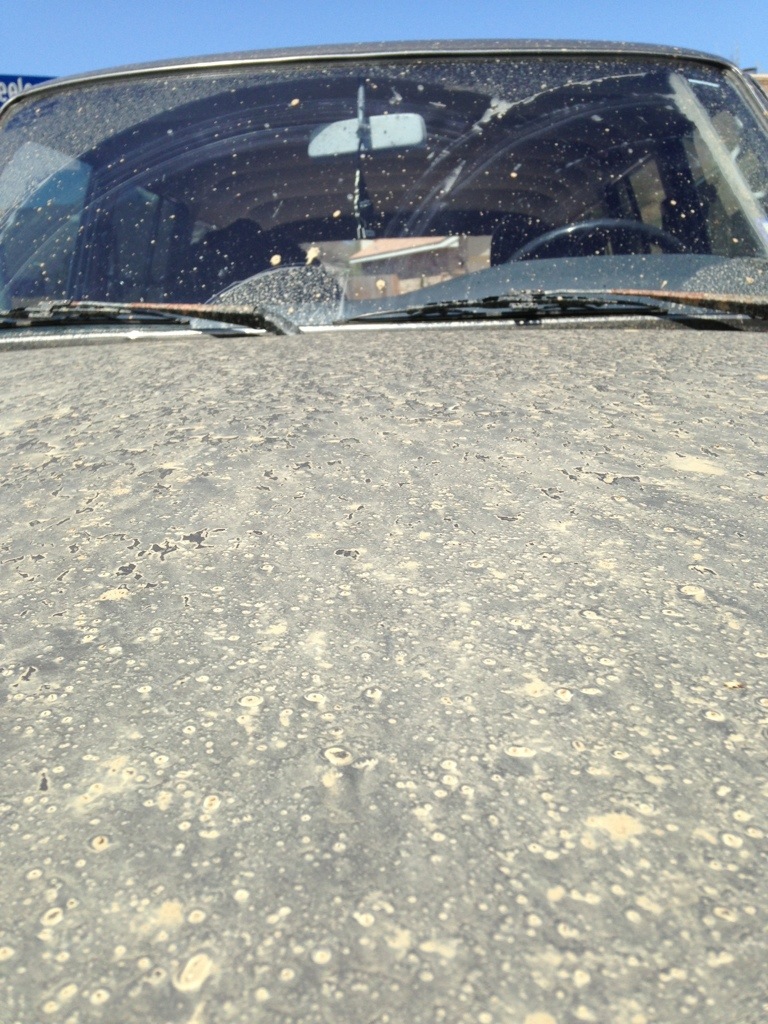 The long walk made me hungry so you know where we headed. Alex chose Outlaw Cafe and we ate like hogs. 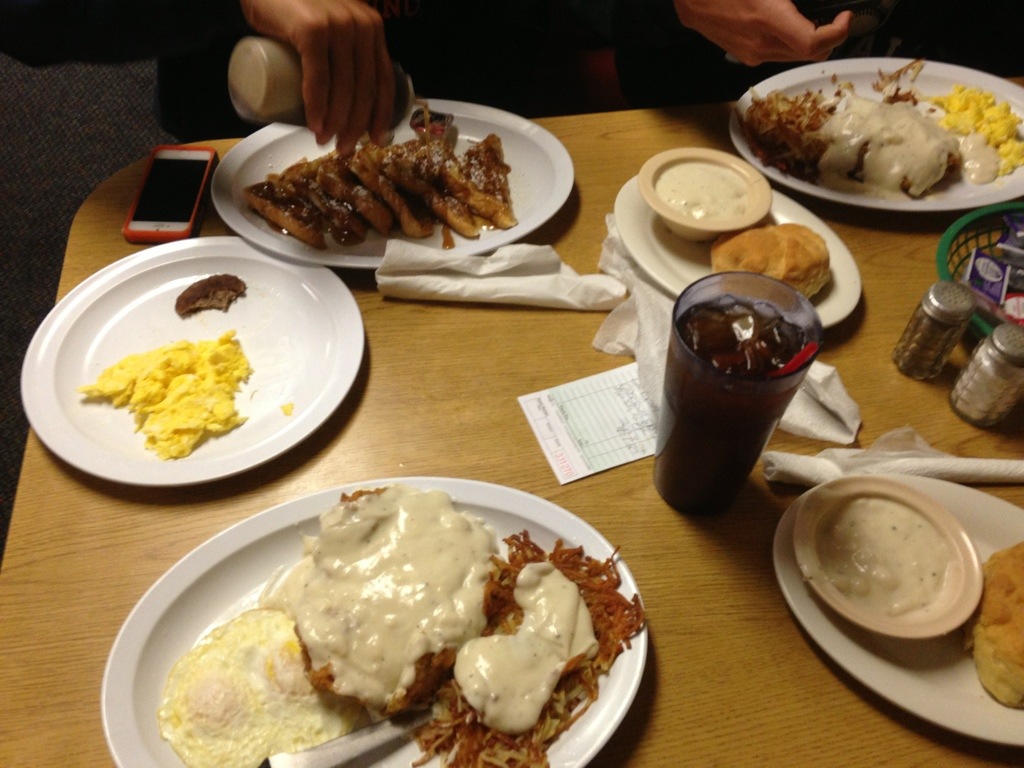 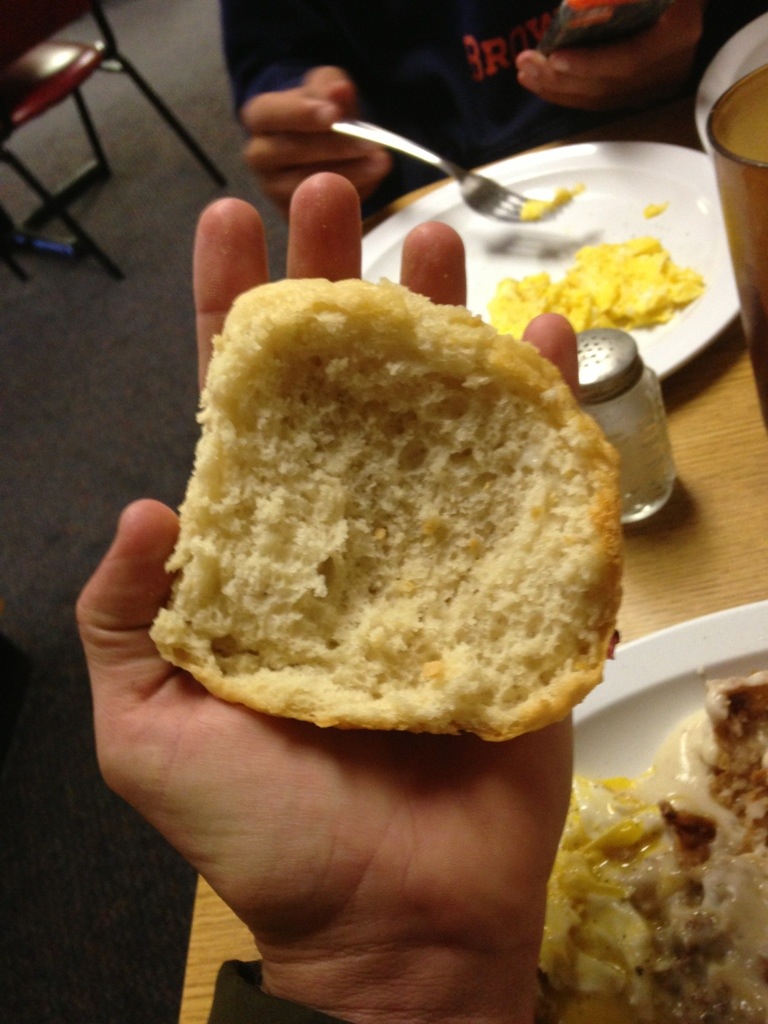 That ended our short trip but it was good to be back out before the 100 degree summer days get here and we did have some pictures on our cameras of some nice gobblers so we will try em again in a few days.