We got up late and drank coffee, it was nice not getting up before the sun and layering on clothes and preparing for miles of walking. The boys wanted to go shoot today so what better than the Halloween pumpkins. Armed with all calibers of guns we waged war on innocent jacko lanterns, and we won, all of the enemies were left in pieces when the boys got done. We walked the edge of the field trying to jump a pheasant and Bo got one bird. I figured we better go have some lunch so we went to a cafe in Sidney called The Fireside Cafe. 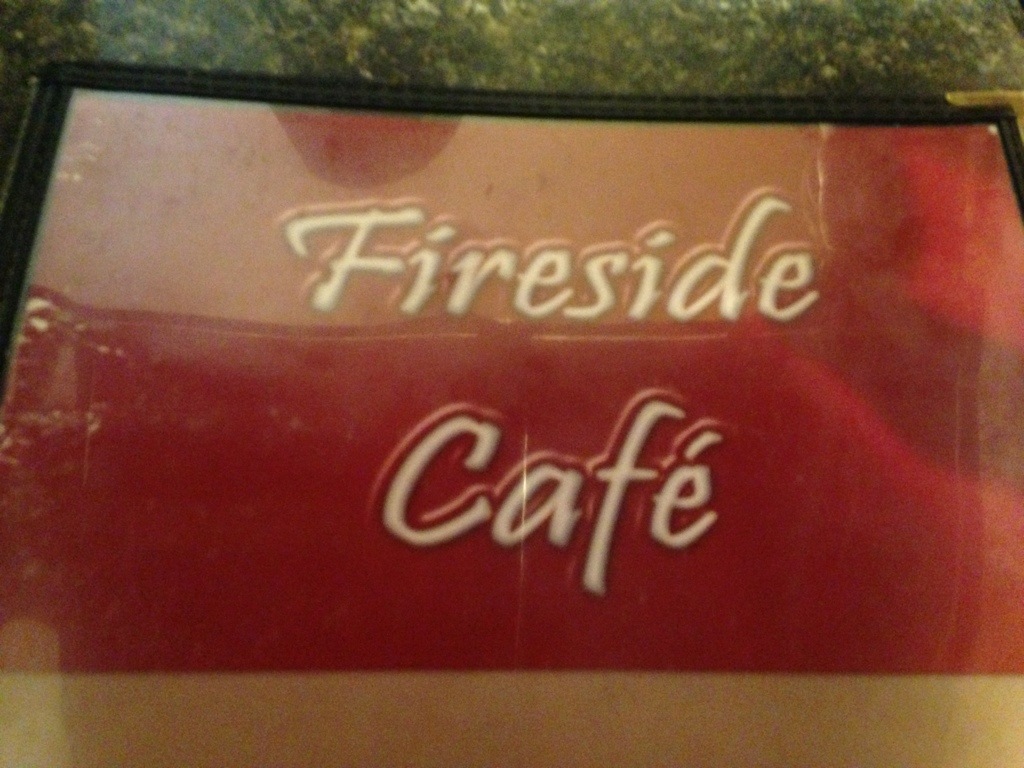 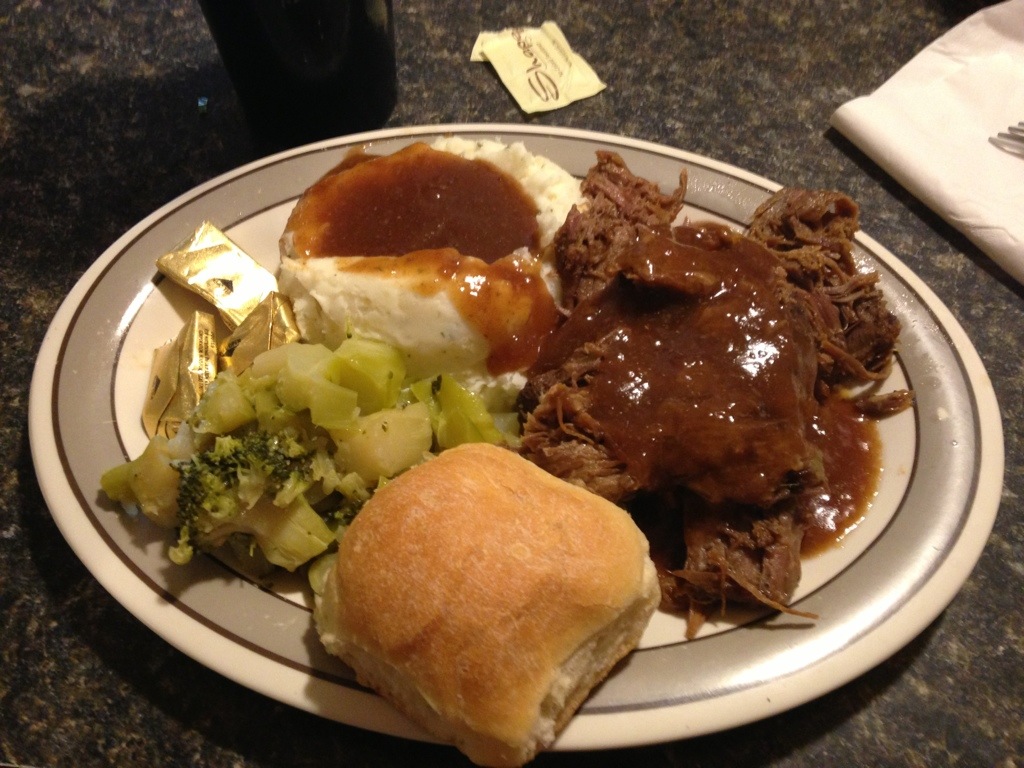 I had roast beef with broccoli and potatoes and it was very good. While eating I ask the boys if I could watch them skate today, both boys play hockey and skate well so we went to the “dome” they called it to watch some youth hockey. I was impressed with the skills these little dudes had but I still hadn’t gotten a pheasant and wanted to try another time or two before I left. Bo and I loaded Babe and went to a spot about twenty miles from town. Babe is a two year old lab that Bo has been training and she was doing a good job with the birds. This long draw was full of red berries of some kind and even though I don’t know what they are I know if I was a bird I would eat them so I had a good feeling about our walk. It was a mile to the end and Babe was excited to get going so I loaded more shells than I thought I needed in my vest and let Babe lead the way. She worked good with the wind in her face and flushed us out a couple birds. One nice rooster came up at my feet and I hit him hard enough to keep him down, I finally had a big Montana rooster and he was going on the wall. We made the end of the draw with three birds, not bad for an hours work and Babe was getting better each time out. We cleaned the birds and Deb made supper for us and I started thinking of when I should go back home. I think we will make a run at calling a coyote or two then I’ll start gathering things for the long trip home. 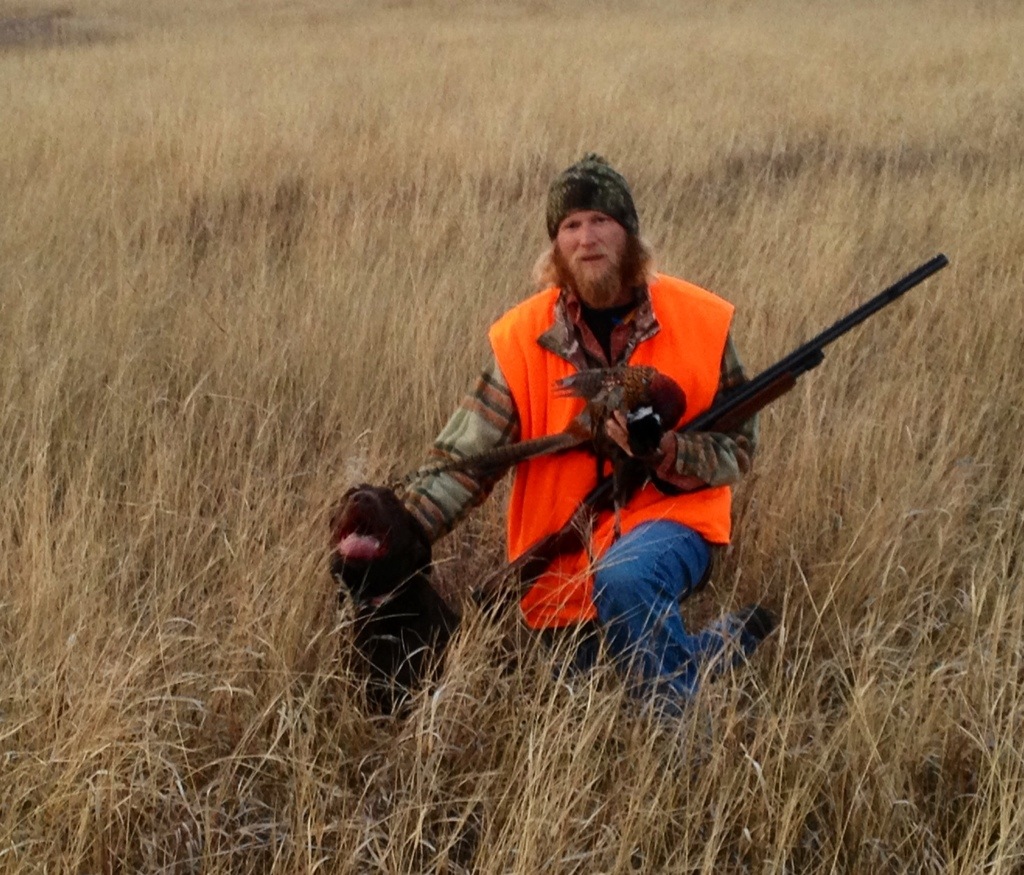 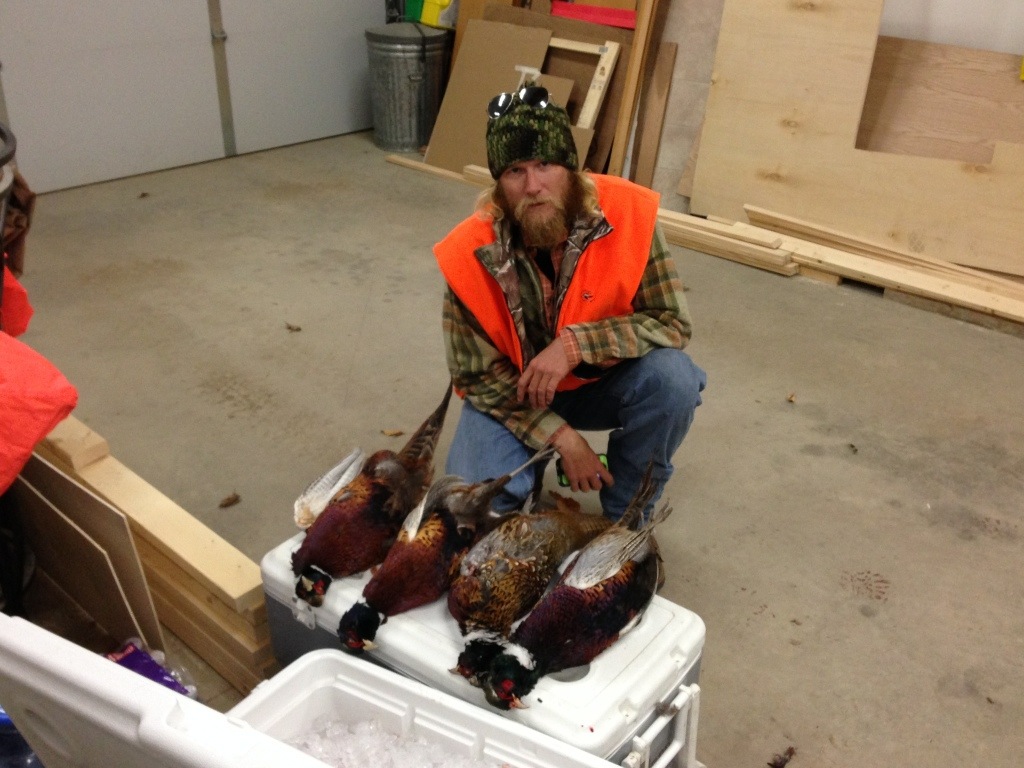