After a few phone calls we decided a piece of Bo’s family land would be a good bet for today and it had several sections of public land and land Bo had permission to hunt bordering it, we could walk for miles and we did. First step out of the truck and already a coyote shoots up a hill side, man I want to call coyotes here but bucks first, I walked half way up one side of a hill and Bo up the opposite hill slowly working our way to the end of the draw. We met at the end with no sightings, as I passed a thick bush I noticed something moving inside so I stopped for a peak and a very agitated porcupine was having breakfast. I wanted to take his picture but he was having no part of that. I broke branches and kicked limbs and tried to get him to run out but he just flared up and stood to fight. 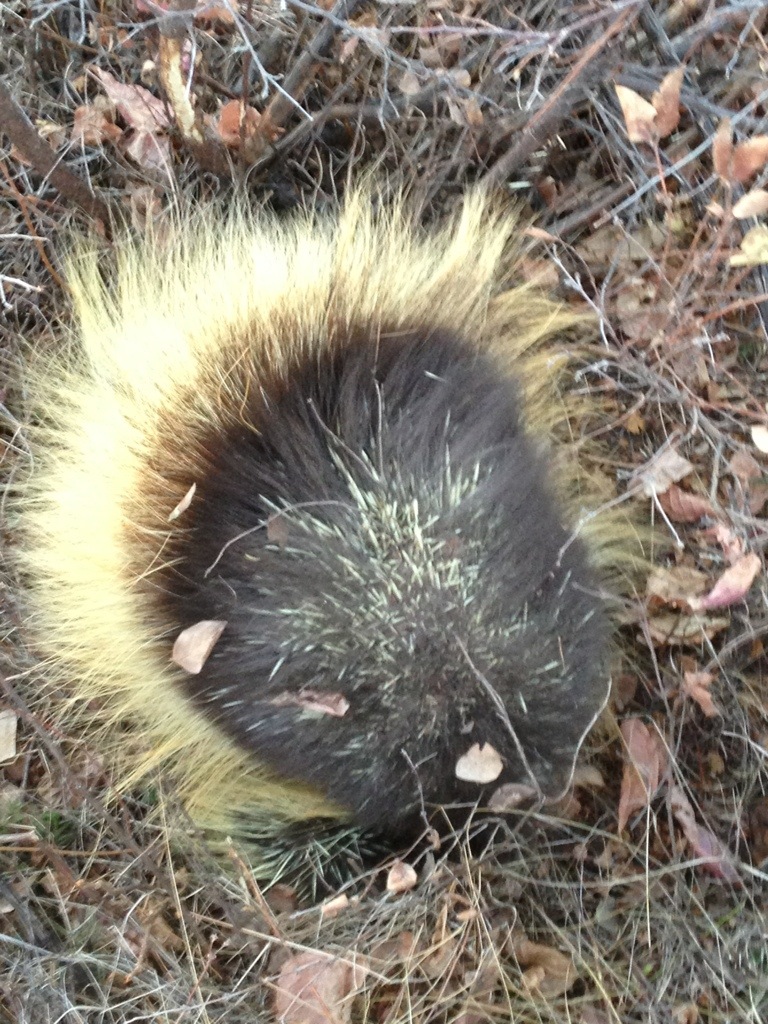 I never did get the picture I wanted but he was cool to see and I had already disrupted his meal so I let him be. The next draw was long and deep but we went at it like we had good sense. To walk it through would take us over a mile one way and I didn’t even wanna think about how to get a deer out if need be. As I slowly poked along straining to catch any movement I caught a flicker of something so I dropped down prone and put a scope on it. It was deer but just pieces through the brush, an ear here, a rear end there, I couldn’t make out a whole body so I layed waiting. Eventually a couple big mule deer does came out so I continued on. A couple hundred yards up Bo spooked another and I seen her coming so I hid in a deep cut on the hill side and she came forty yards from me without any idea I was there, big beautiful creatures and now I wanted one even more. The rest of the walk was uneventful and the finally tally in miles was somewhere between 5 and 5 1/2 according to the map. Not a bad little workout to start the morning.
I thought maybe a break from the hiking and steep hills would do us both some good so we decided to go to some farmland and look for white tails. My first priority here is a mule deer buck but I’m no fool if a nice white tail shows himself he’s likely going to take the place of the mule deer.
I snuck down a drainage ditch to a corner that would give me a view of the L shaped field for a good ways in both directions. Friday the farmer had plowed the field so it didn’t have much left as far as corn goes to eat but he had also dumped the remains of a sugar beat harvest along the edge of the field and from my experience on a Michigan white tail hunt last year I knew they loved the sugar beats so I would watch those piles. The piles were 412 yards away and on the edge of the field that looked over the Yellowstone River, this is a white tail hunters dream set up. 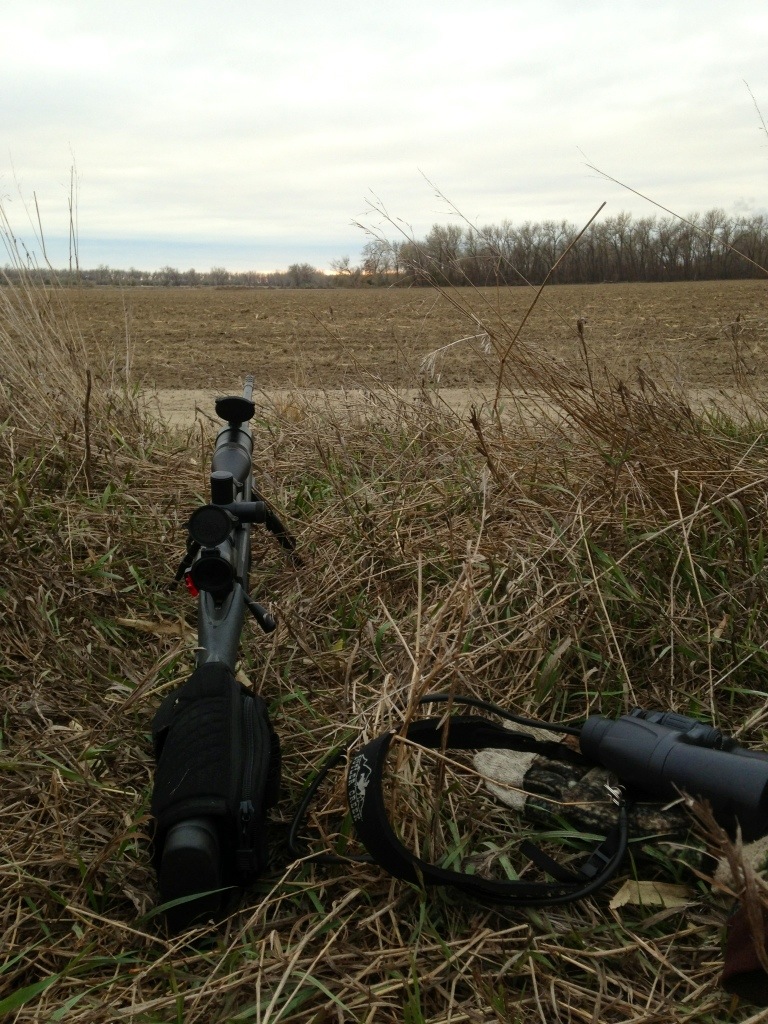 It didn’t take long before a couple small spikes came out and started eating around on the beats, they were quickly joined by a doe and a yearling. I was checking through my binoculars along the edges of the other side of the field when I noticed the doe at the beats started running and a bigger bodied deer was behind her. I put the glass to him and it was a nice little 8 point looking for love but the ladies weren’t interested so the chase was on. A few smaller bucks filtered in and out of the woods along the river until dark and that ended day three.