This process started about seven months ago when I had to put in my application for a non resident Montana deer tag. I applied for an either sex either species tag, meaning buck or doe of either white tail or mule deer, figuring I need all the chance I can get. I was lucky enough to get the tag in the mail in August and now the planning would begin. By planning I mostly mean saving money. I have a map and time and my in laws were kind enough to offer a place to stay and Bo, my brother in law, had even taken off work to help me get around and find deer so all that was left to do was save money and get there. I’ve learned the more money you have the smaller the world is, a guy can be in South Africa in a day and hunting the next day with enough money, this explains why I thought it was so far to Montana, but either way sunrise opening day was here and I believe its a shame for eyes to be closed when this event takes place so I was there to meet it. 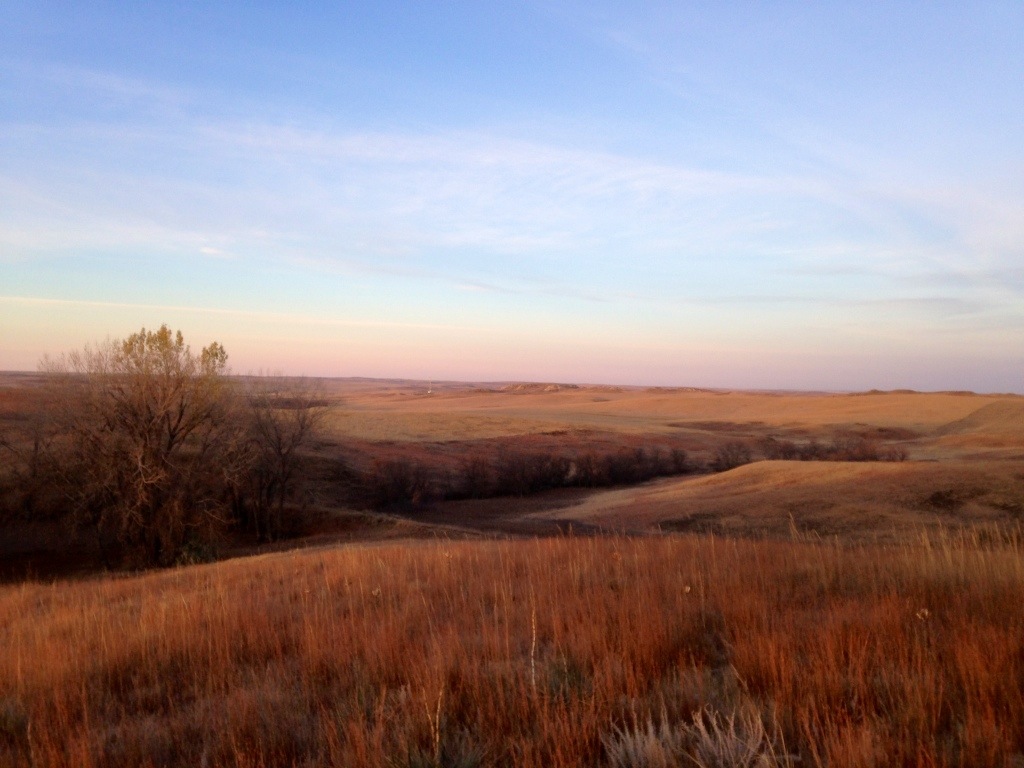 Bo had scouted this area for a couple weeks and had turned up a real nice buck and the day before I arrived several small bucks and does were in this spot so we had high hopes. As I layered on clothes I glanced at the truck thermometer and it read 17 degrees, when I left Texas it was 75 degrees so it seemed colder to me than 17 degrees.
I got bundled up and we headed to the high spot to look down in a “coolie”, as they call it around here, its just a draw with brush in it and deer hole up in there. It was no surprise to me that the deer didn’t show up but Bo seemed puzzled, I ask him did you really think I would show up on the first day and kill a buck, this is hunting we will have to work. We made a pass at three or four more “coolies” and turned up several mule deer does and coyotes but no buck. The more ground we covered the more I wanted to get a buck in the truck, not because I was tired of the walking but there was so much more to hunt with the grouse we were seeing by the dozens and coyotes I knew there was fun to be had but a buck was my priority so we hunted on looking for a respectable deer.
Around here you better know how to read a map and you better know where you are, I’m ok at this but haven’t found a map yet that had a star on it with an arrow pointing “you are here” like at the mall so at times I would get confused on where we were and if not for Bo’s maps and GPS this would’ve been a lot harder. 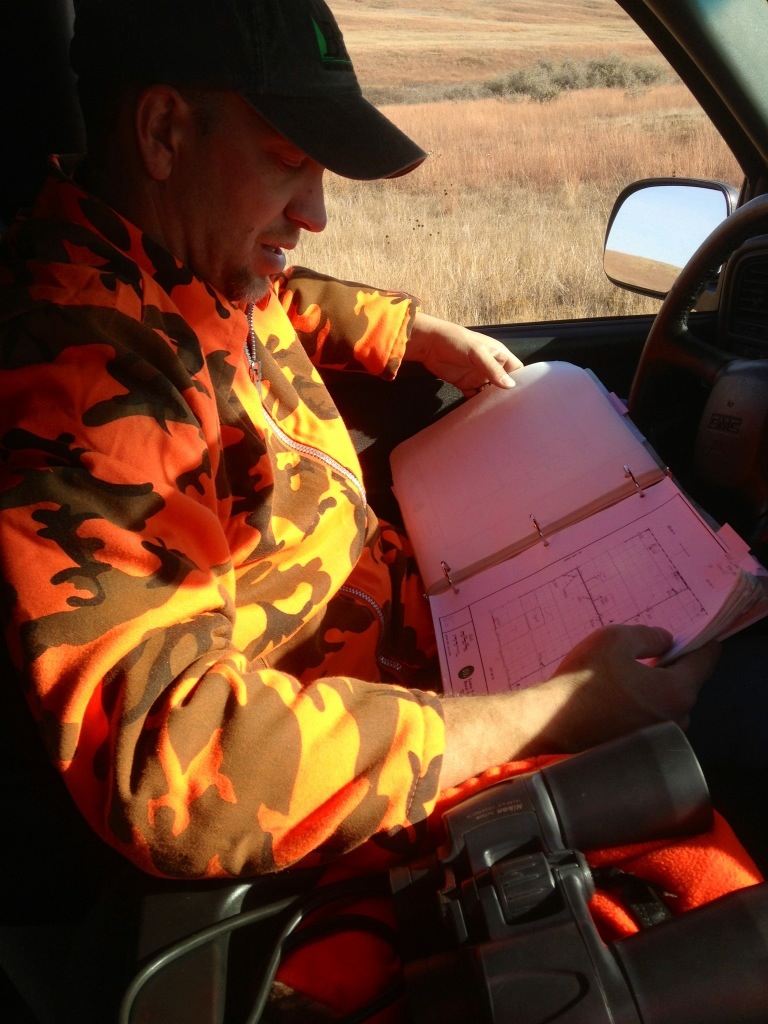 We felt we had made an honest effort at this ranch for the day so we moved on. Our next plan was a piece of block management land bordered by state land closer to town. I’ll try to quickly explain block management and not bore you much with it. Basically a land owner opens his land to the public through a state program that pays him depending on the amount of land he has and the amount of people that hunt it, you sign in and this paper is what the landowner turns into the state to get paid, so the plan being made we set off. Our route there took us through a little town called Lambert where we stopped for some hot food and maybe a tip on where a deer might be. CQ Bar and Grill, straight across the street from the school where all bars are, right? Burger was average and bar was a neat little place, Bo talked to the owner about deer but turned up nothing of interest, we would stick to our plan of public land for now.
No sooner had we pulled into the gate and four mule deer does come out of their beds and made their way around a hill so I figure this is a good sign. I got geared up and climbed up a pretty good hill and decided if those deer wanted to be there then others may too so I spent the rest of the evening standing guard over this small valley. I had a clear shot out to 450 yards and thought to myself that that 450 yards would turn into miles of walking and packing out of a deer if I got him down in that hole, but that’s what I came for, but as the sun set on me only a few white tail doe moved in the distance and day two was over. 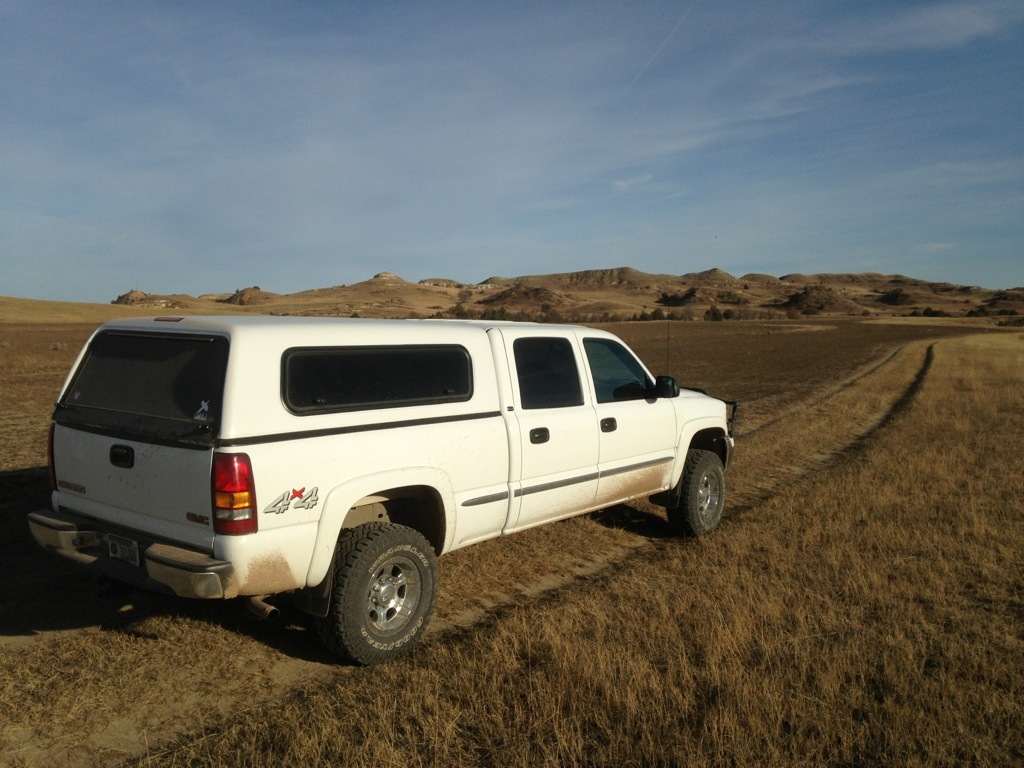 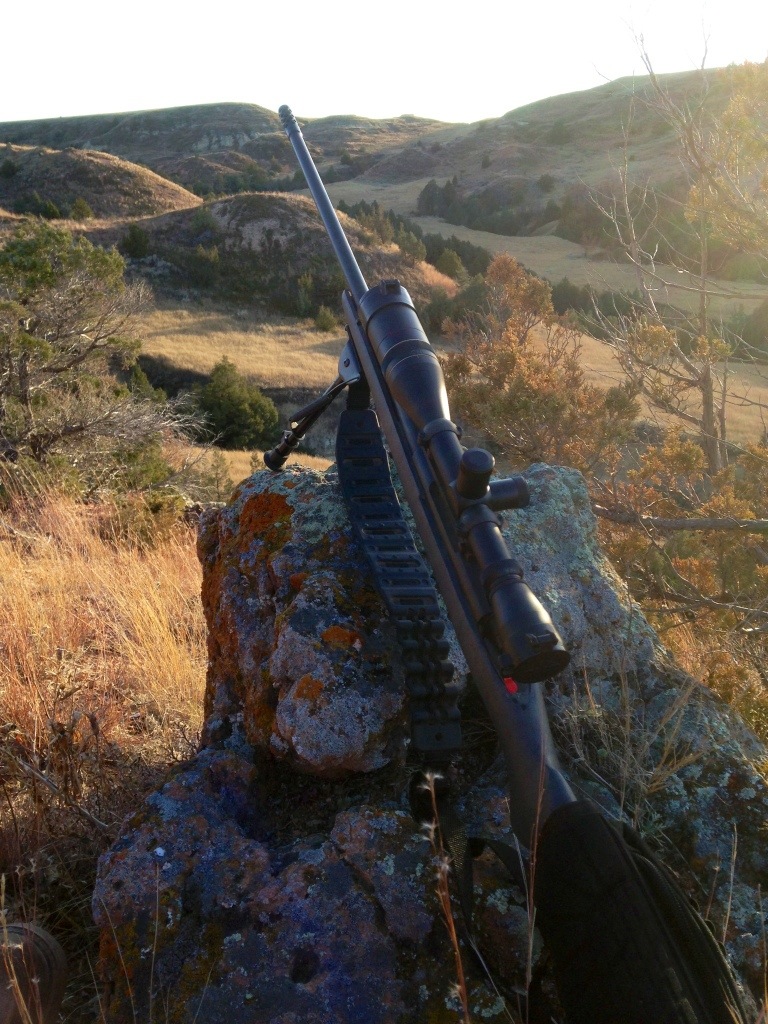