The main focus of this trip for me and Nate was to get all tags filled first, then do some coyote hunting. I’m convinced I have a New Mexico coyote curse put on me because in three trips to this ranch I have not successfully called up and killed a coyote. I don’t consider myself an expert coyote hunter by any means but have called and killed a truck load in my life but something about the ones here make me look like a fool. I won’t spend much time on the coyote hunting part of the trip, mostly because there’s not much to tell. We would call one in and he would wind us and leave or he would show up where we didn’t expect it or, at one point Nate had one too close to get a shot on because he wouldn’t stop running. Its always something with me and the coyotes and it frustrates me to the point I wanna stop trying but that’s not my style so I keep going and I keep getting my tail whipped. I had made several sets on both days we were there and it just wasn’t meant to be. I will not quit trying, in fact there maybe a trip planned to return just for coyotes. The old saying goes, I can mess up as many times as I want but the coyote can only mess up once, I’m starting to wonder.
Since tags were filled and apparently I’m no match for New Mexico coyotes we loaded the Rangers and went to an area that Denny calls “the badlands” for some exploring. I really enjoyed this part of the trip and we seen some great looking country. You felt like you were in a wild west movie and there were Indians behind every rock. Not really having a plan we just roamed around taking pics of the landscape and stopping to look for fossils and flint in likely looking areas. I picked up a couple fossilized shells of some kind and a piece of flint and I think most everyone found a small piece of petrified wood but Cory took the prize in my opinion when he picked up a small piece of fossilized bone. 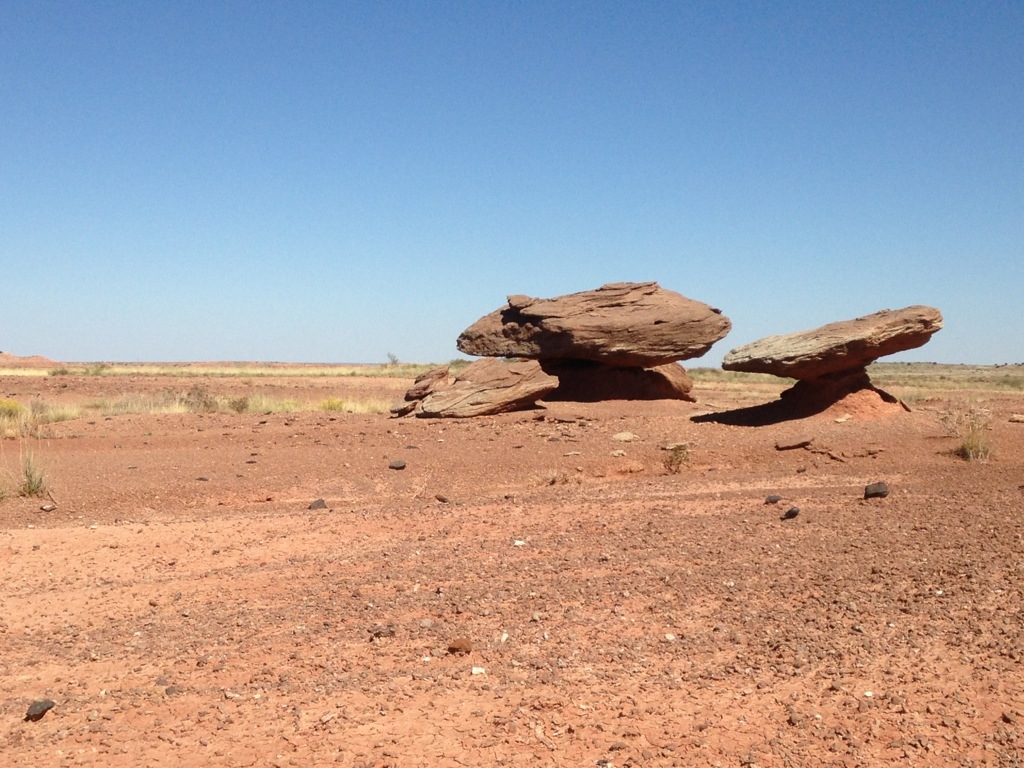 When you have equipment no matter the quality or age of the equipment you will have equipment trouble, its just part of the deal. We had two Rangers a long way from a good road and eight tires that had made it through miles of cactus so you know something is gonna happen, you deal with and expect it. Cory had some trouble with his cooling fan and this caused his machine to over heat so we stopped and let it cool and added some water.
This is not even really trouble when you take into consideration where we were and what we had went through and the distance to help, this became apparent to me as I will tell you a situation later. We spent most of the day driving to new areas and talking about the land and when the last time some one might have been here. 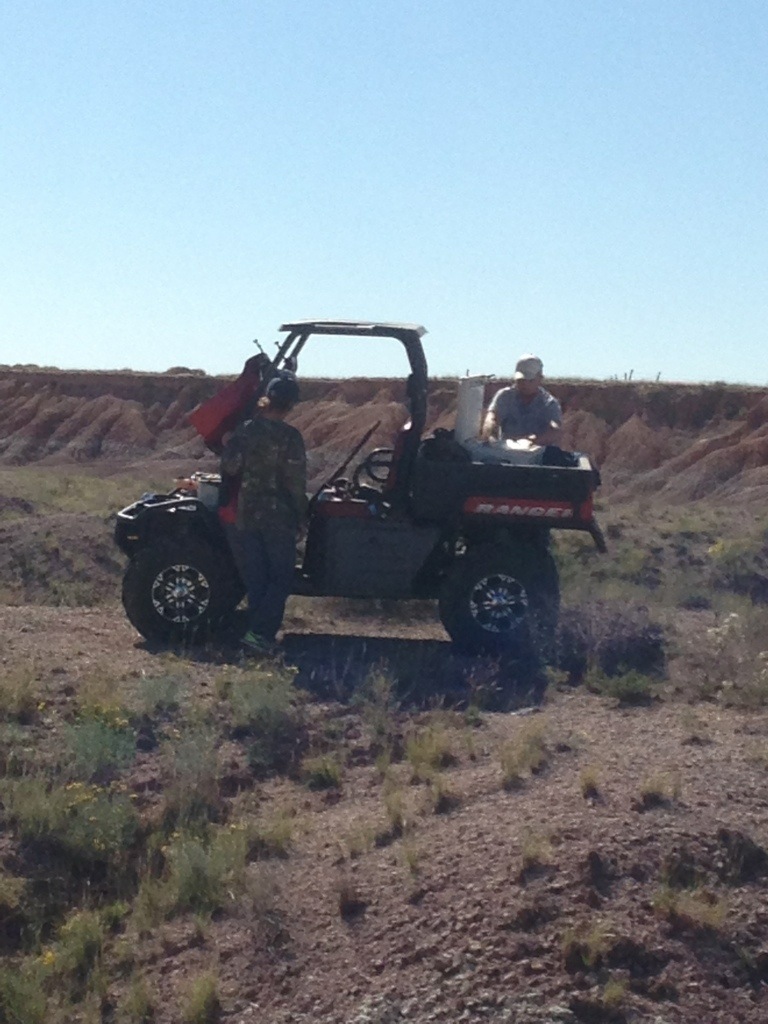 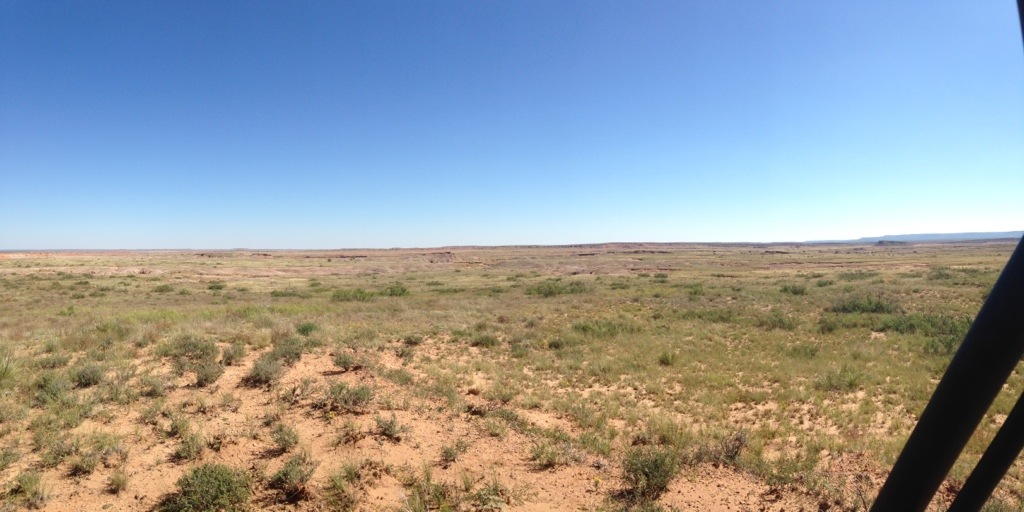 Between the accident, the wind and the whippin we had taken from the coyotes we decided it best to have one last meal of antelope burger and sausage from last years harvest on the hunt on this very ranch and try to get some sleep and make our way East back to Texas at daylight, I couldn’t take it and had to make one last stand for a coyote so we picked out a spot and with the sun setting at my back and a big herd of antelope off in the distance I looked down the barrel of my favorite rifle as my calls fell on deaf ears, or did they, maybe one came by and I didn’t see him, maybe he just snuck through the grass, maybe I will never kill a New Mexico coyote, but I wouldn’t want to end a trip any other way. I’ll be back coyotes and cactus and antelope and sunsets, I’ll be back. 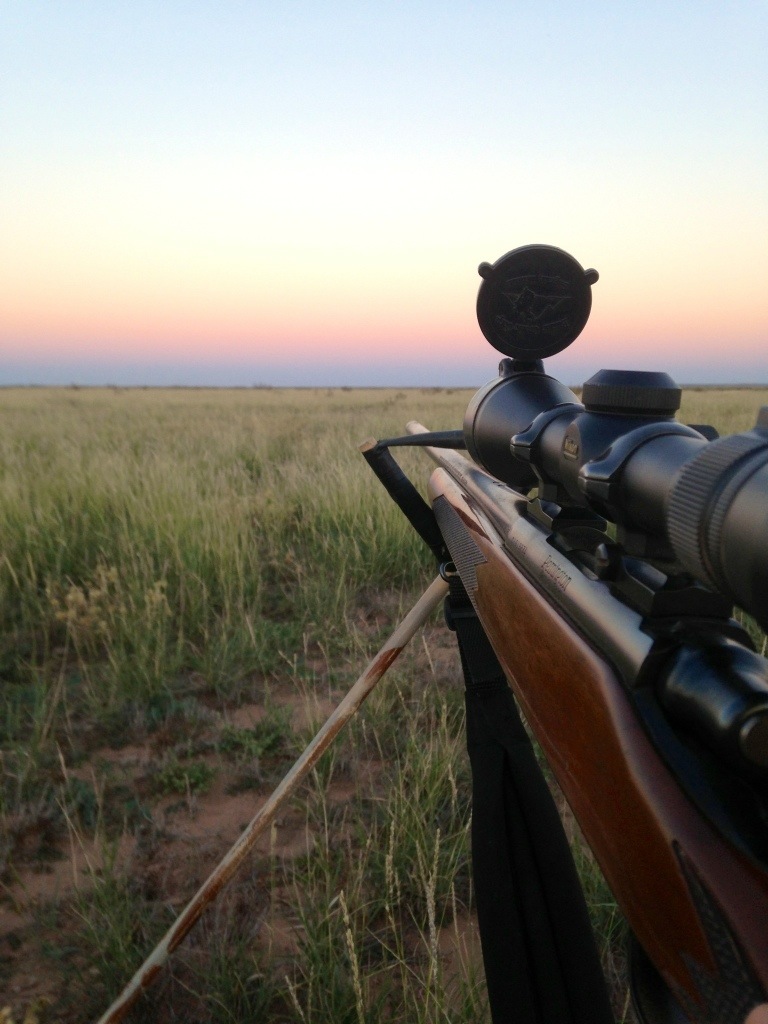