There’s nothing about sunsets and sun rises in this part of New Mexico that you can’t love. The land is not for everyone and if you love trees then don’t stop here but its beautiful country in its own way. Hoss had coffee ready well before sun up and I had a cup outside and waited for the sunrise while the guys got their gear together. On cattle ranches in this part of the world when things stop working they are put out to pasture, so to speak, this includes trucks, dogs, horses, even people at times I’m sure. If you can’t work cattle, feed cattle or benefit the ranch then you are no use to these people. That truck was a feed truck and when it had ran its course it was put out and will remain there until it becomes nothing but a pile of rust. 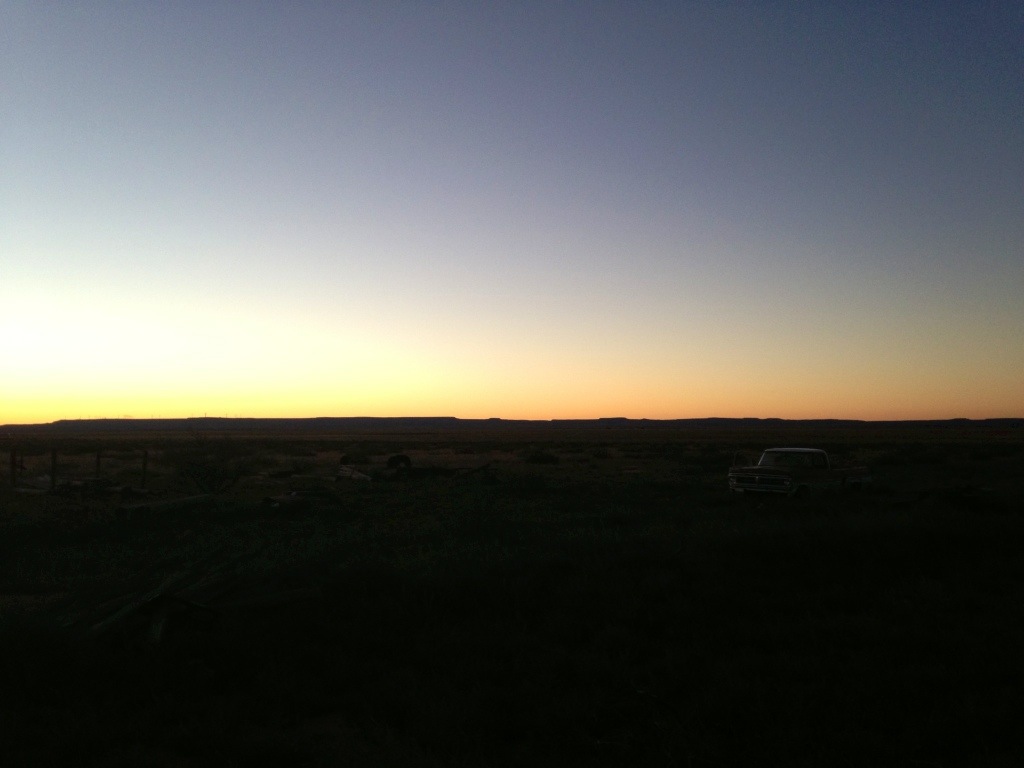 The ranch we hunted is somewhere around 14,000 acres of cactus, antelope, coyotes and cows. At a glance it seems like nothing could live here, let alone thrive here, but I assure you when you take a closer look there’s plenty wildlife to be found. 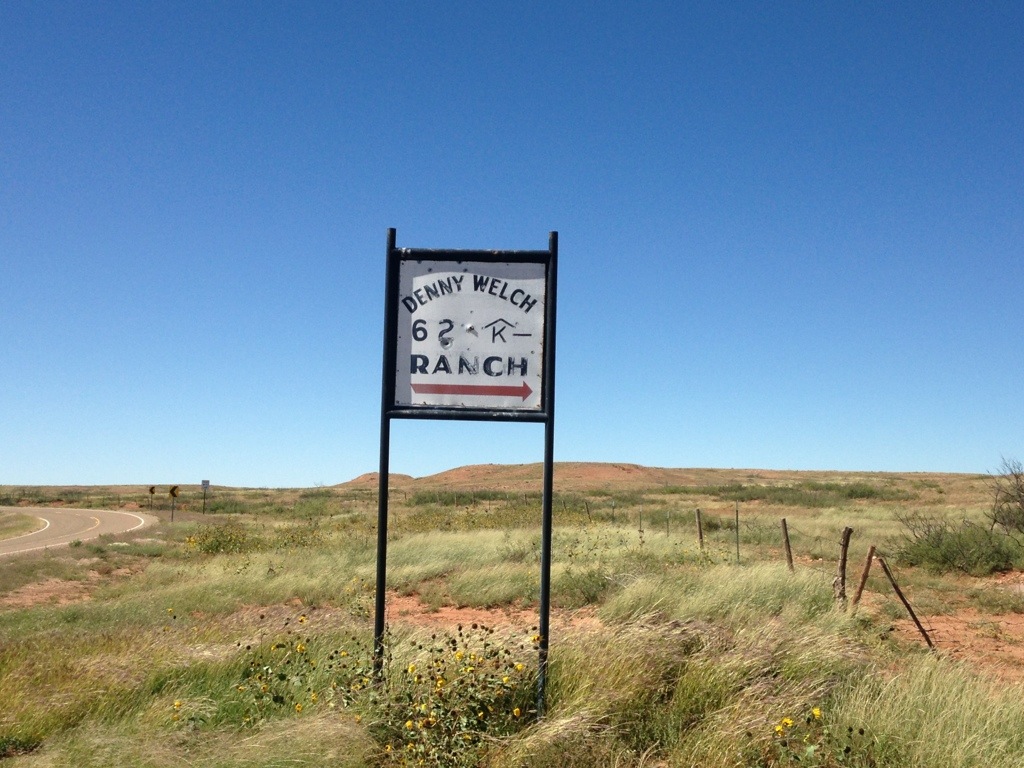 I want to feel sorry for the people who ranch here, they live and die by the rains, but then I realize they wouldn’t have it any other way, its all they know if they were any where else in the world they would be miserable. Cows, horses, work, and church on Sunday, its what they do and who they are and each and every American that has ever taken a single bite of a big cheese burger or well cooked sirloin should thank them for it. They are unchanged for generations and I can’t tell you the amount of respect I have for them. 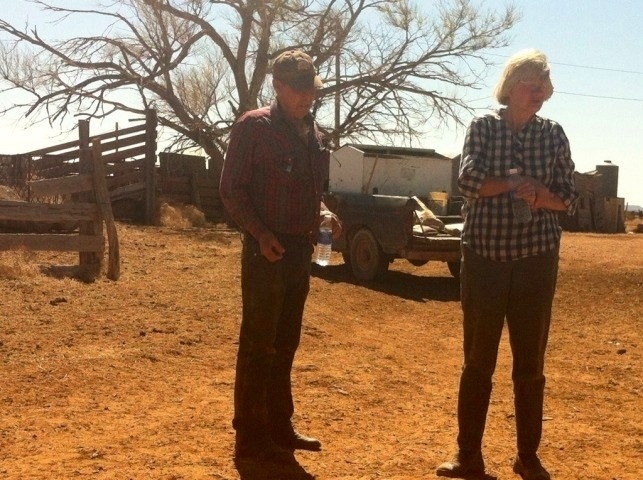 Into the ranch we go, Cody and Cory decided the heater in the jeep would suit them better than the cold air of riding in the Ranger so they came with me, and Hoss and Nate took one of the Rangers to another part of the ranch hoping to cover more ground.
Having seen a nice buck bedded down the evening before we made our way to that pasture. About fifteen minutes in I spot something to my left and Cory put the glass on him and says its a coyote. Denny, the land owner, does not see any reason for a coyote to be alive although I know they have their place I looked to help with the population some. I grabbed a gun but not a rangefinder for some reason and as I looked over the scope and guessed the range Cory says about 300 yards, I agreed and held the cross hairs for that distance. We were close enough on our guess because I squeezed the trigger and Cory reported that he had went straight down. We made our way to place he fell but he had regained some strength apparently and was on the move. I grabbed the rangefinder and ranged back to the spot I shot from and it was 340 yards so not a bad shot. We got back in the jeep to go around and find him but quickly spotted antelope and I will admit that in the chase of the antelope I forgot about the coyote. I don’t usually do this and don’t feel real good about it but that’s what happened and I should have made a better effort to locate him.
Cody was to shoot first because he had never taken an antelope and Cory had. We found the herd of fifteen having only one buck but he was nice and we would do our best to kill him but it was proving to be somewhat of a challenge. The herd made their way to a small rise so I thought we could walk through a low spot and as we came out that would put the antelope in range but after walking to where I hoped we could shoot from the antelope had moved another 200 yards. We went back to the jeep and started the process all over again, and again they had moved. Finally we came up on a small rise and the buck had his does all herded up and was preoccupied with keeping the ladies in line as we got into range. Cody said he was on him, I was looking through binoculars and trying to help him stay on the buck by telling him where he was moving to and from throughout the herd. Cory was helping spot does that may have gotten behind the buck and we all waited for a clear broadside shot and as the herd turned right and left him alone Cody made the shot and the buck dropped. A very good shot at 140 yards, not bad at all for a 13 year old with two people giving instructions that he probably didn’t need. His dad was proud as was I and we had our first antelope of the trip on the ground and he was a good one. 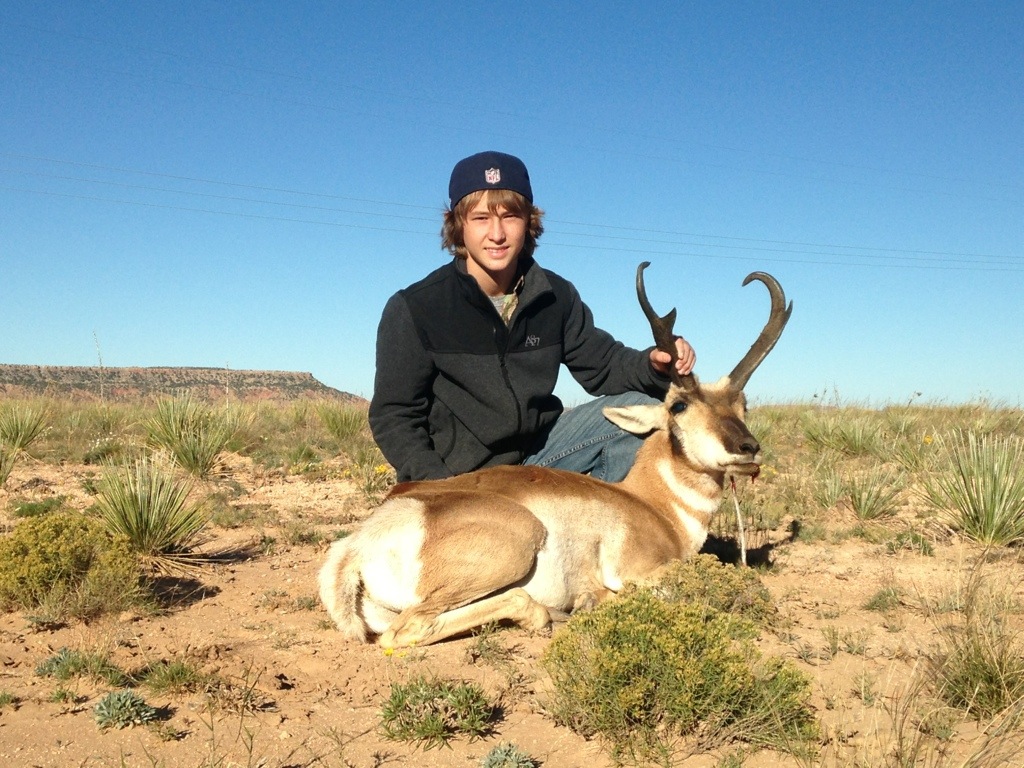